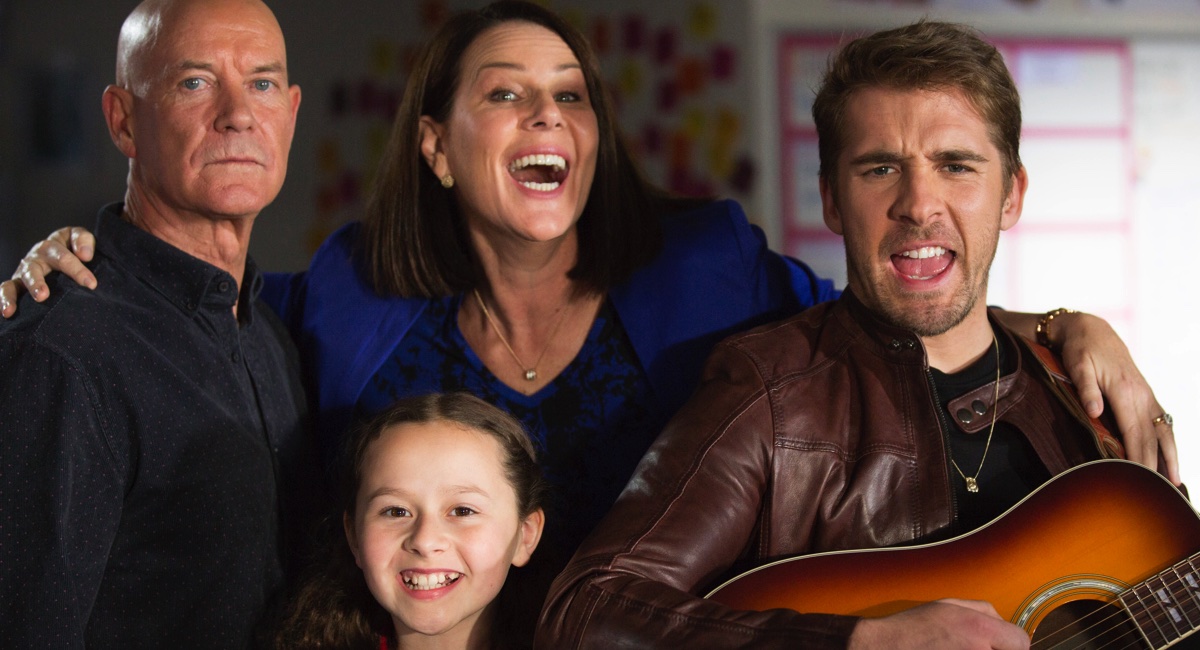 Although he has been spending time living in Los Angeles, actor Hugh Sheridan has been returning for special projects. In 2015 he took part in the ABC’s experimental production of The Divorce. Before that it was a hosting role in TEN’s troubled I Will Survive.

In 2016 he got the chance to take a role in House Husbands, the Nine drama series made by Playmaker Media, his first time in a primetime drama series since Seven’s Packed To The Rafters.

“I liked the cast and I love Melbourne,” Sheridan told Mediaweek, explaining why he took on the role. “It seemed like the right fit for me to play a music teacher.”

Sheridan agreed that the role was a little more mainstream than some of his recent career choices, something that saw Sheridan experimenting after a successful run in primetime TV with Packed To The Rafters.

“Rafters put me in a place which was fantastic as far as a terrific start to anyone’s career. If you spend too long on a show as big as Rafters though, you become part of the fabric and everyone associates you with that series. Even though I left after three-and-a-half seasons, people still associated me with that program for ages and still sometimes do.

“I feel like House Husbands is more commercial and will give me a higher profile than some of the other recent work. I hope it is also different enough for people to notice it is Hugh from House Husbands now rather than Hugh from Rafters.

“More and more though, people now also think of me for other things like A Funny Thing Happened On The Way To The Forum [which saw Sheridan onstage with Geoffrey Rush in 2012] or I Will Survive or even my music.”

After several seasons of Packed To The Rafters and a bag of TV Week Logies, Sheridan said he was offered some interesting projects after he left the Seven primetime hit. “I did have some opportunity for another commercial series, but I chose not to go straight back into it. By the time I finished Rafters, I realised it was a day-to-day job that was almost too comfortable. I had never wanted to be an actor for that reason and I felt like I needed to do different things for a while.”

Although Sheridan felt he needed a change, he told Mediaweek there were some benefits he missed. “The difference from theatre and TV is that on TV you are constantly growing with the character and you can almost start to live a double life as you continue to become invested in that character.”

As to differences between Rafters and House Husbands, Sheridan said, “House Husbands is much more of a comedy. It is borderline crazy at times – it can be kooky and wacky in moments which are embedded in realism.”

Although Sheridan had chosen some unconventional roles after Rafters, he did return to Seven for the biggest audience he has had for the past couple of years with his portrayal of INXS member Garry Garry Beers in the INXS telemovie. “It was interesting going to Seven after some time away. Initially I was going to play another character, but at the last minute I was given Garry Gary Beers.” Sheridan wouldn’t say who the other character was, but it wasn’t another band member.

“It was perfect for me even though it was a smaller role than I had in the past. It was really fun to be part of that ensemble and I made lifelong friends making that show. It was also made in Melbourne and was one of things that made me want to come back to Melbourne again for House Husbands.”

Sheridan’s decision to sign with Network Ten after a long and successful relationship with Seven surprised some people. “It was a difficult situation to be in,” he remembered. “Seven knew I was going to do it and I didn’t really want to host I Will Survive. But it was a great opportunity to do something different and my American agent recommended it to me partly because it was a great deal of money for a relatively short period of time.

“I really believed in the concept of that show. Ten possibly learnt about having a great concept and needing to make sure it was well executed. That show felt like it had too many cooks and maybe lost its direction a little.”

Asked about the learnings from working on a show that flopped after his time on Rafters, Sheridan said: “The only thing I learnt was to trust my instincts. I got another job in the US that clashed with it and it started to get a little messy with the network threatening to sue.”

As to his work on The Divorce, the series was slipped into the ABC schedule over four successive nights late in 2015. “I hope the ABC puts that on again because it was a show I was so proud to be a part of. It seemed initially a very interesting project but by the time it came to shoot it I had no idea if it was going to work. Nothing looked right! When I watched it though I could not believe how good it was. The rest of the cast was awesome. It was very cool to be a part of it and I just hope more people get a chance to see it.”

Sheridan got his Green Card last year and is hoping to work in both Australia and the US in the future. He wanted the Green Card so he could spend more time in the theatre in the US. “I have also had a great time doing music in the US. I have a band called California Crooners Club and we are playing the Adelaide Fringe Festival again this year.”

The shows started this week in Adelaide and were mostly sold out. At the time of writing there were a few tickets left for shows in the first week of March.

Photo: Hugh Sheridan (R) as Nick in S5 of House Husbands. With him are Gary Sweet (Lewis), Julia Morris (Gemma) and Madison Torres-Davy as Tilda