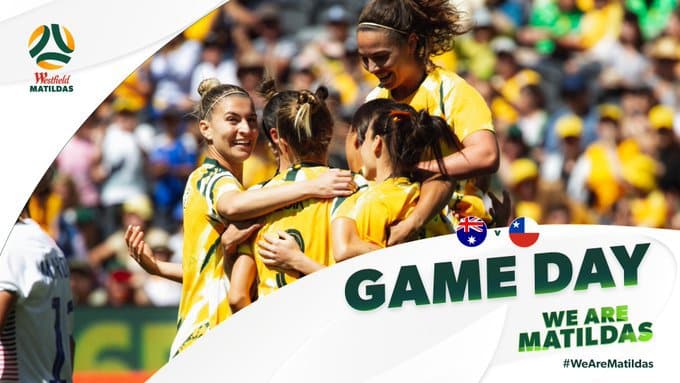 A big week of international football takes over Fox Sports with the Matildas and Socceroos both in action this week.

The Matildas will be looking to make it back-to-back wins over Chile when they face-off at Adelaide’s Coopers Stadium on Tuesday, November 12 at 8.00pm AEDT. The match is also available on Kayo and ABC TV.

It was a history making weekend for the Matildas with their 2-1 victory over Chile on Saturday attended by a record Australian crowd at Bankwest Stadium.

Saturday’s clash was the first time that Ante Milicic’s team had played since the 2019 FIBA World Cup with Sam Kerr again starring with two goals.

Fox Sports’ Tara Rushton will be joined by former Matildas Michelle Heyman and Georgia Yeoman-Dale to preview the showdown at 7.30pm AEDT before handing over to Brenton Speed and Grace Gill for the call of the game from 8.00pm AEDT.

The attention then turns to the Socceroos who continue their march to the 2022 FIFA World Cup when they take on Jordan, in the early hours of Friday, November 15.

Jordan has proved to be a thorn in the Socceroos side with Graeme Arnold’s side losing three of their last five clashes against them.

Simon Hill and former Socceroo Andy Harper will bring fans all the action from the match from 3.30am AEDT.