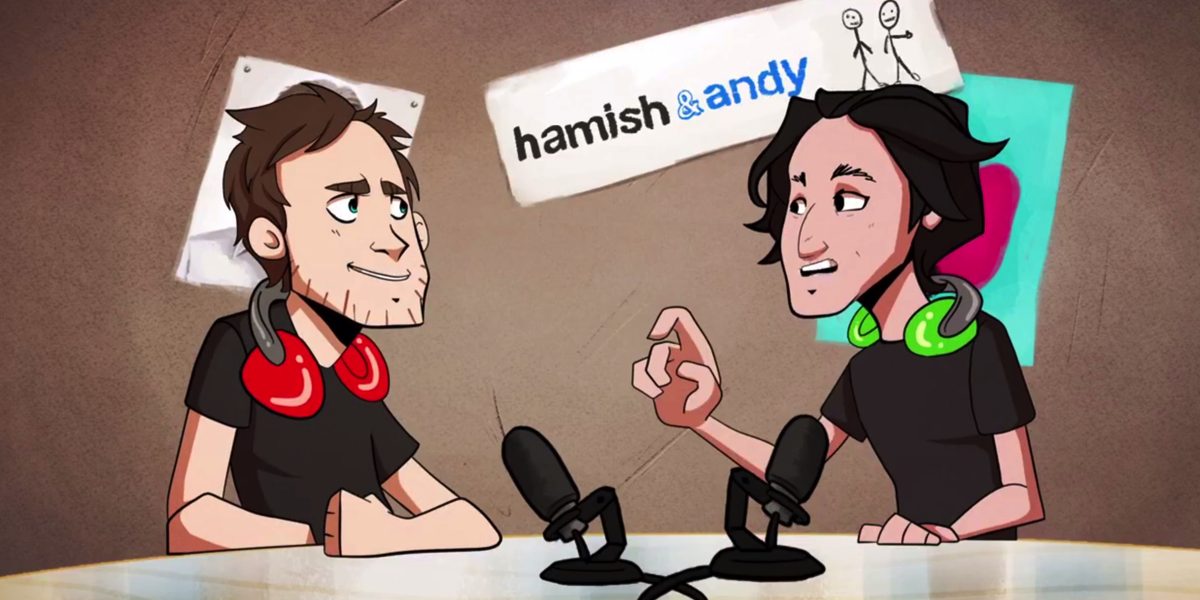 At the Sydney function to celebrate the return to live five-day-a-week radio for Hamish Blake and Andy Lee, there seemed a real sense that the Southern Cross Austereo staff in attendance were ready to head back into the battle for audience supremacy as they assembled behind their new CEO Grant Blackley.

The back-story about how SCA managed to lure their most crucial on-air asset back to radio is a fascinating one and there’s no one better to tell that story than the head of the re-branded Hit Network, and also content director for both Fox in Melbourne and Hit 107 in Adelaide, Dave Cameron. The Melbourne-based SCA executive is a very busy man these days and between two conversations this week, one on board the Starship Sydney during the Hamish and Andy cruise and the other on the phone from Adelaide airport, he told Mediaweek how this was a very exciting time for him and the team, and something he had really been waiting five years for.

“We knew last year Hamish and Andy’s time with Nine for Gap Year was up after they’d had a real itch to scratch with TV. We kept them pretty close over those four years with different mini projects with The Brunch and then The Happy Hour just to keep them close to radio. We wanted to eventually get them to come back and do it all over again, not to create the past, but to go on their next journey with radio.

“We met with them last September and started talking about the possibilities. They started getting excited and realised their first love is radio. It wasn’t easy talking them into coming back, but neither was it incredibly hard in that we were trying to sell them something they didn’t love.”

The crucial meeting didn’t happen in the SCA South Melbourne boardroom: “We had a four-hour meeting in a hot tub in South America when they were on their South America Gap Year,” said Cameron. “I’m not even sure where it was, but some bizarre little place. We talked about what it would look like if they came back and the look and feel of the show.

“They had hundreds of ideas for things that they hadn’t done on radio. It was a really good conversation. Then probably two weeks later they said, ‘Let’s do it.’ From then we planned their return with the caveat that they didn’t want to start until July. It was not really a spanner in the works, but it meant we had to work out what we did for six months. They purely wanted a holiday after four years of making the television show for Nine. They wanted to be fresh to throw themselves back into radio. That is how they work – they either operate at full force or not at all.”

After Cameron had an agreement from his returning drive team, the discussion was then taken over by SCA’s Guy Dobson and former CEO Rhys Holleran and Hamish and Andy’s Radio Karate and their manager Mark Klemens. “That deal was reached reasonably quickly and we were away.”

SCA put Hamish and Andy in a blackout period before the broadcaster launched what they called the anticipation campaign in May. “It felt like the right time to start talking about them again.”

Cameron has come close to recreating the Hamish and Andy support crew they initially worked with. “The incredible Sam Cavanagh is EP again. He had moved on a little from producing one show, but when he knew that show was coming back there wasn’t anything else in the world he wanted to do.” Cavanagh has surrendered his day-to-day consulting on some other shows, but he remains a source for other producers on the Hit Network.

“We have put Farrah Mu back on the team who went on the first four Caravans Of Courage as part of the original team. Carly Humby has returned as the assistant executive producer and she was also around in the early days. Their audio producer is also the same person from five years ago. Panel operator Cacklin’ Jack is also back on drive. He worked with them on TV too.”

As to the timing of their first week on air, Cameron rejected suggestions it was a well-thought out strategic move to come back in off-survey. “It was purely just a funny idea from Hamish to allow them to help build the launch party. They wanted the people to be the star of the show which has always been at the heart of what they do.

“From his original random idea we built a marketing plan around the extra week.”

Cameron said there is a list of some great stunts Hamish and Andy will put into action over the next few months. “Their heads really are full of ideas. This isn’t Hamish and Andy back to what they used to do. This is them returning for what is really The Next Chapter.

“The appetite for the Hamish and Andy brand from listeners is stronger than I have ever seen it.”

There is plenty of speculation around that SCA only have Hamish and Andy back for six months. “I can tell you that is a load of rubbish,” Cameron said. “It is an interesting rumour that our competitors push, but sadly for them it is not correct. Hamish and Andy have a long-term deal with us and I hope that becomes an even longer-term deal.” Cameron said hiring them for just six months would not have been an option. “This is not a band aid project for us. This is our lineup back in full force for a long time.”[/blockquote]