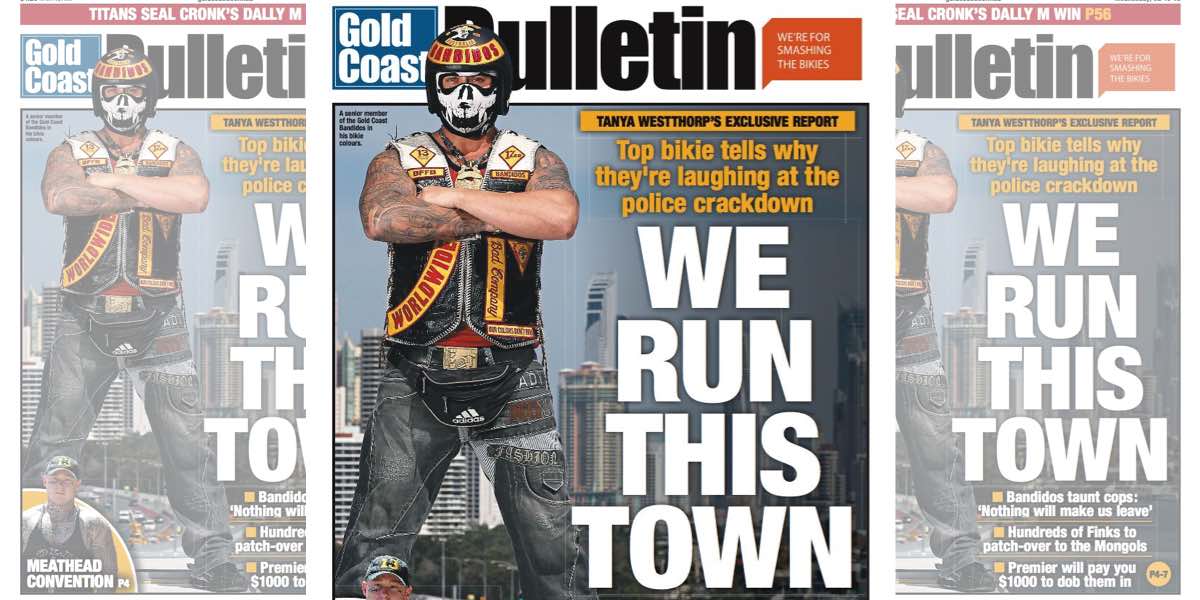 Spanning across 57km, the Gold Coast is known as the city of theme parks, sandy beaches and surfing – everything that portrays a relaxed lifestyle.

With over 12 million visitors and 12,500 new residents every year, the news landscape is anything but relaxed. The Gold Coast Bulletin has to serve both the residents and the tourists.

“It can be tricky sometimes, because you are not just feeding a market that’s residents,” Gold Coast Bulletin editor Cath Webber told Mediaweek. “We always try to have something for those who are here for a day, a week or a month.

“We are a big tourism advocate because we are such a big tourism town and jobs rely on it. That’s the thing that ticks the city over.” About two years ago, Webber and her team started a section called “Best of Gold Coast”, which curates the readers’ recommendations for the best of something in the city. The contents of this section receive a good reception from the readers with Webber noting the articles often “go viral”.

“We know tourists are looking at it, because it will often pop up in our most-read even though, it might be a year old,” Webber laughed.

“Our residents love it too… the Gold Coast is an interesting city. It’s so linear, so you have these 60km of white sandy beaches, but where do I go if I am staying down at Coolangatta or another 30km up north? We can join all our little villages that have a different feel, and bring out the best of what’s along this linear city.” The eyes of the world and Australia will be on the tourism hotspot in 2018, when the small metro city hosts the Commonwealth Games. Webber said the city will be well equipped to host the “world’s biggest party” when the time comes. The city is not the same as it used to be 30 years ago.

“Often parts of Australia can take the mickey out of the Gold Coast. We have the tag of the white shoe brigade,” Webber opined. “Yet for us, that’s what we do best, we champion the city. We are loud and proud Gold Coast. People who live here know that when you travel to Sydney or Melbourne, you may get that tag, but when you live here, we are the ones who are laughing. The city has really matured and that’s what people also don’t realise. You can make fun of the Gold Coast, but when you live here [it’s a different story].

“When so many cities around Australia are struggling, we’ve got 35 cranes in the sky. We’ve got so much development going on.” In preparation for the Games, the News Corp daily launched a campaign called “The Game Changer”. The campaign holds the government accountable for the infrastructure ahead of the Games. One of the main things on the agenda is to ensure the light rail network is up and running before the event, and seamlessly connects to the heavy rail network.

“[We’re] making sure it’s the right place to have the world’s biggest party,” Webber stated. 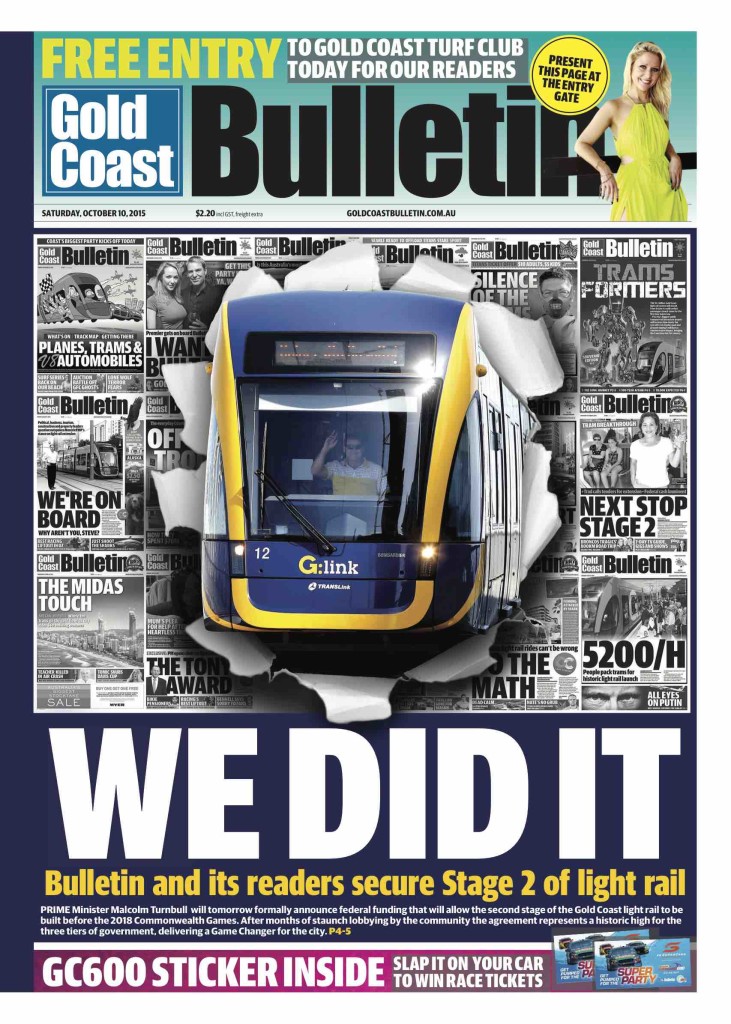 The digital property of the newspaper brings in a lot of eyeballs. But the print product still has a prominent place in the local market, Webber pointed out.

“The readers’ needs have changed in that if there is something happening right now, we nail it in the head right now. The print edition will differ in that it will tell them why it happened, the enormity of the situation, and then move that forward.

For Webber the change in the news landscape is an opportunity to build audience and lift the paper’s offerings.

“It’s a really interesting time to be an editor. I see it as really positive. I see that we can be so much more to people. You can either look at the print industry as a challenge or a great opportunity, and I believe in great opportunity. We had this debate about television killing radio, and how DVD players were going to kill the movies…but it hasn’t happened.

“The thing to remember is that the newspaper is an experience.

“Newspapers need to stay true to themselves. We can’t be everything to everyone, but we can be something to everyone on different platforms. It’s a complementary purchase.

“The state of the print industry, complemented with the digital, is a really exciting place to be.” 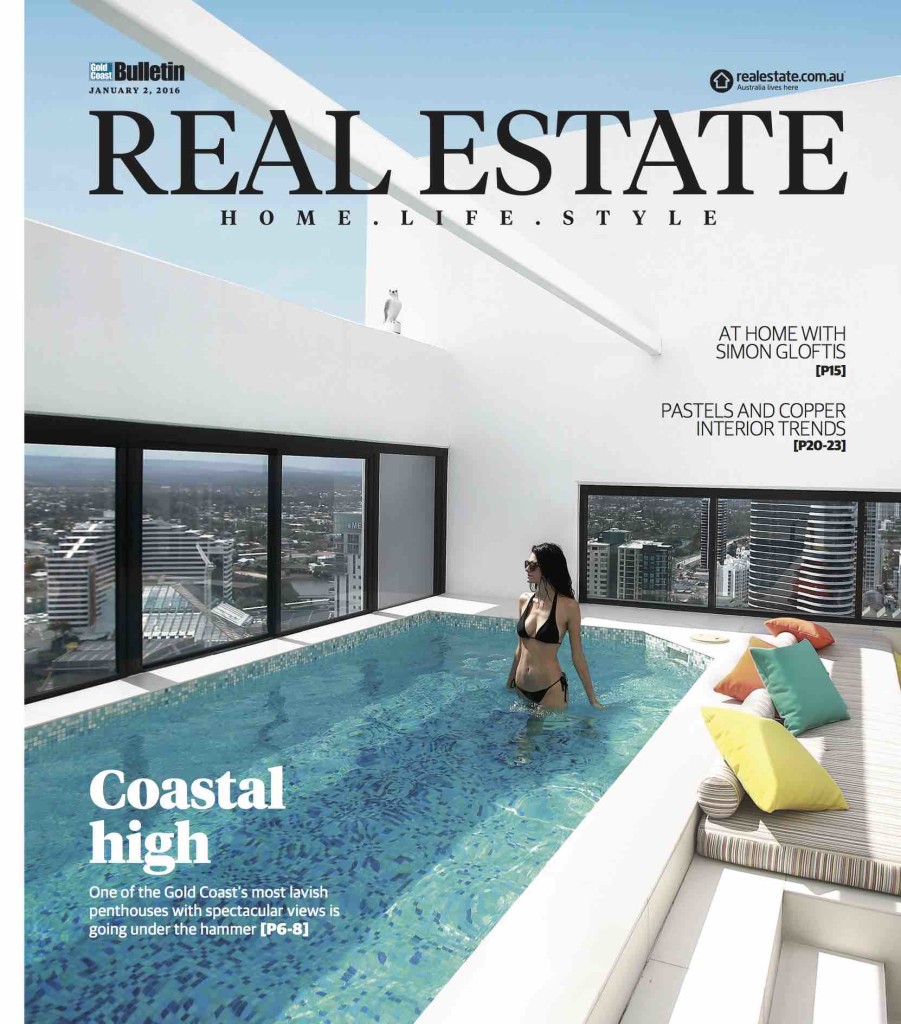 “Weekend is really big part of the News Corp stable, because people have time to sit down and read the paper. That’s part of the nostalgia, isn’t it? Sitting down with the Sunday paper, having brekky with a coffee, and you’ve got the time to read stuff.

“One of our biggest challenges is people’s time. Anyone now is the boss, and we are all just so busy. That’s why I think the future of newspapers is very bright, because our lives are so crazy and you get quite angsty looking at digital. You don’t ever feel like you have caught up enough. But if you a read a paper from front to back, you feel informed.”

Speaking about the news landscape in the Queensland city, Webber said: “The Gold Coast is an amazing news city. It is one of the most vibrant, if not the most vibrant news city in Australia.”