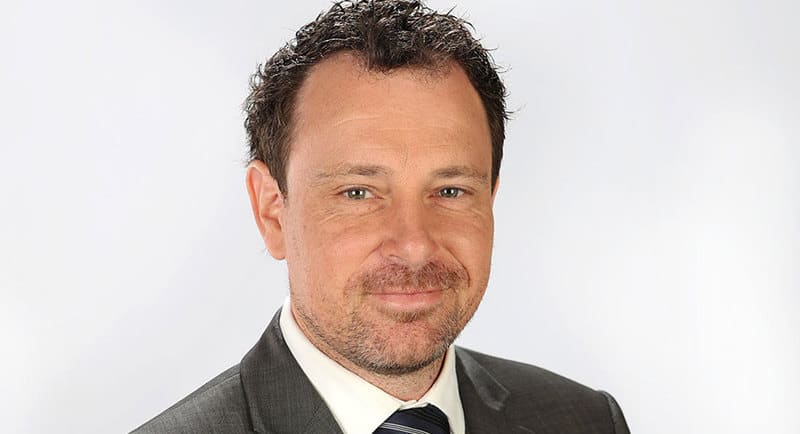 It has been a busy year for the Herald Sun’s health editor Grant McArthur who has manned the health beat in arguably the biggest health crisis in Victorian history.

He recently capped the year off by winning the Sir Keith Murdoch Award at the News Awards for Journalist of the Year. Mediaweek talked to McArthur about the award, covering a pandemic, and how long he thinks Covid-19 will be in the news cycle.

McArthur described the virtual awards night as a weird one and he admitted being caught off guard when he was named Journalist of the Year.

“It was very different going to an awards night with it not feeling so formal, so it was nice. I wasn’t expecting to win anything major and the category I was up for earlier in the night I lost so it meant I could relax and enjoy the night without any nerves. Towards the end, I got tapped on the shoulder and didn’t have a speech or anything prepared.”

McArthur also admitted that the achievement also felt like a double-edged sword after spending the last seven months balancing covering Covid-19 and caring for his wife who was diagnosed with stage 4 cancer.

“Work has almost taken a backseat for me this year, and she has been my priority and it feels weird being the health editor and balancing that. I almost feel quite bad winning that award this year because I am hoping that means I haven’t been too focused on work and not given enough attention to my wife.”

Asked what it was like to cover a pandemic after being on the health round for the most of the last 13 years McArthur admitted that there was not much of a plan and it has just evolved.

“To say we had a plan would be giving far too much credit to myself or anyone, it has just been one of those years where you just strap yourself in and roll with it.

“My approach throughout has been to try and tell the health story of it. It has been very tricky because you kind of see your round fade out across everything. All of a sudden, I see things like politics, the economy, and education is influenced by the main thing happening in my round. All of a sudden everything that you are used to being in charge of is everybody’s business because there are literally 100 stories a day and you can do four or five at best.”

“It has been tricky fighting for space in the paper to run this as a health issue rather than a political one or an economic one. My fight has been trying to make this all about health.”

With such an unexpected pandemic there is no playbook on the appropriate way to cover a health crisis. MacArthur said that the criticism of the media industry represents what is happening on a larger scale.

“The criticism towards different sides of the media is just playing out what is happening everywhere else. You see people trying to turn wearing a mask into politics, you see people refusing to abide by public health messages because they think it is political, and you see people criticising different sides of the media because of what their own beliefs are. This isn’t about that, this virus is going to affect everybody, and the fact you have to follow the rules is going to affect everybody.

“We have got governments who by and large have done a great job, and they can do a hundred things right and save hundreds of lives. The problem with a pandemic is if you do one or two things wrong that is all it takes for a virus to come through, and you have to be held to account. That is hard on people and you get shot as the messenger for raising that.”

MacArthur said that the whole situation has been quite scary to watch play out and he has tried to focus on making it about health and unifying people.

“I have tried to write on the health issue and make it a human issue and that is where I think the focus and the media need to be. If you can keep people focused on the danger of the virus and what you need to do that kind of unifies people, whereas if you take a political view that splits people.”

MacArthur predicted that with stages such as future outbreaks, vaccines, and politics that Covid-19 may still dominate the health cycle for another two to three years, making up possibly as much as 50% of the health headlines.