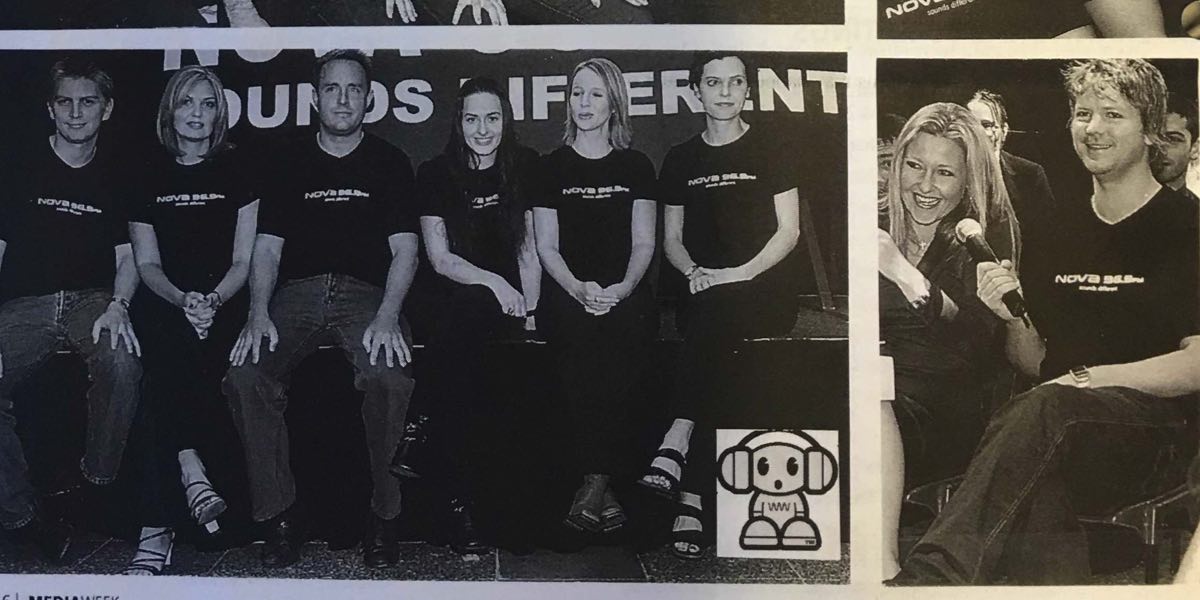 Nova 96.9 is this week celebrates its 15th birthday. Mediaweek covered the launch of Nova in detail in April 2001.

DMG Radio chief executive Paul Thompson was featured as Person of the Week for one of many times he has been profiled in the publication. He was questioned about the wisdom of paying $150m for the Sydney licence and then another $10m in startup costs. “I thought it was a full price,” he said.

Elsewhere in the magazine we had what was, back then, a rare photo feature. But with such a good-looking launch team, we couldn’t ignore them and their launch T-shirts.

Look closely and you will TEN teenage entertainment reporter Angela Bishop with Rosso. 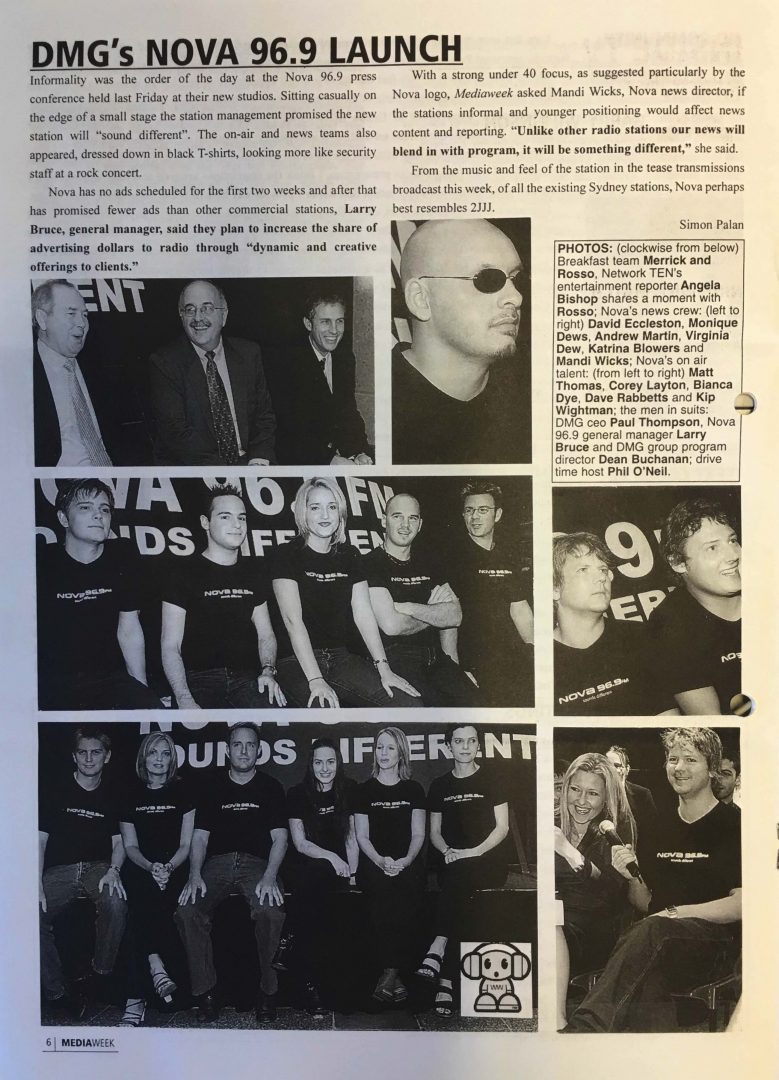