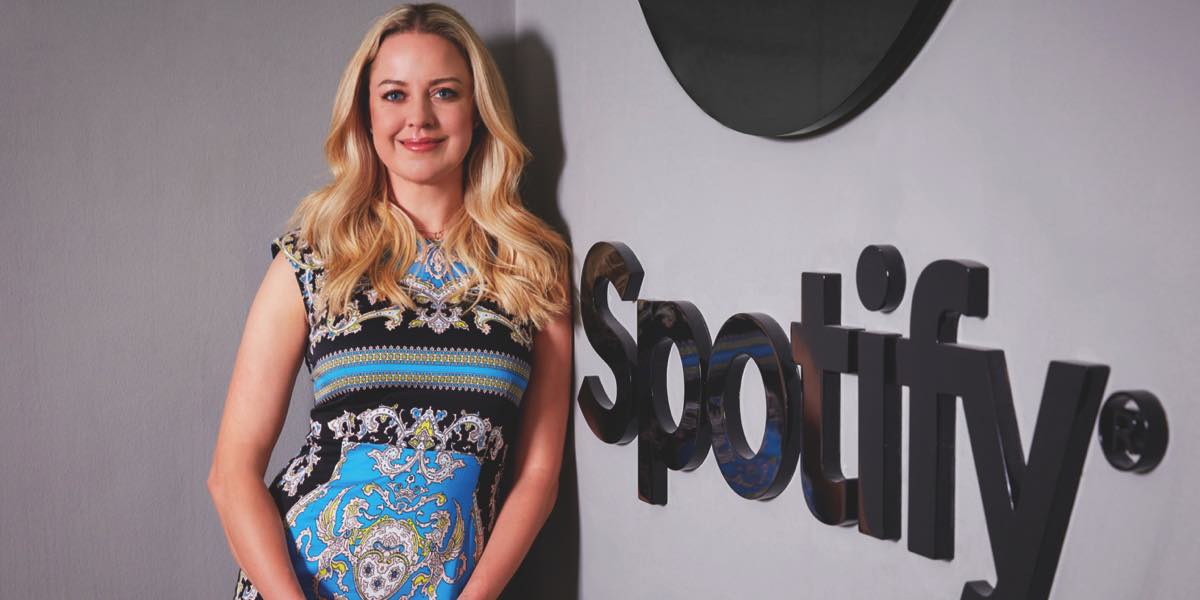 Only 30% of Australian Spotify users are paid subscribers. The other 70% rely on Spotify’s model of offering limited functionality of its service in exchange for serving advertisements to users. For ad buyers, this presents a great opportunity to access a market that is otherwise difficult to penetrate.

In working with advertisers, Ingham reported that the streaming music service has received considerable support from those in the entertainment industry. The promotion of movies and other entertainment properties is a strong fit for Spotify and its users.

The targeting capabilities of Spotify remain one of its strongest selling points to advertisers. Not only can Spotify target specific demographics and geographics, but it also has the unique proposition of being able to target users engaged in specific behaviours. Most Spotify use is through listening to playlists that are behavioural- or moments-based. For example, playlists designed for working out, commuting, studying, parties, or background music at work provide Spotify with a very strong indication of what a user is doing while listening. As a result, Spotify can tell advertisers not only who and where a user is, but also what mindset they are likely to be in.

As with traditional radio, Spotify also offers a captive audience that is otherwise not being distracted by other platforms and screens. “When you’re using us, you’re probably not going to be using Facebook while you’re working out or studying,” Ingham said. “When you look it up, the reason why our user numbers are so high is because people are taking us with them through their day, which is obviously a huge opportunity for advertisers.”

Unless users are commuting on public transport where they might listen to Spotify while using other services like Facebook, Ingham promotes the idea that ad buyers wanting a digital spend need to buy across both platforms. The integration between the platforms is another selling point that Ingham is eager to talk up.

“They’re an important partner of ours. We’ve just been integrated into Messenger. That was only released a little while ago. We do a lot of sharing through Facebook. We feel it’s a really great platform for our users to share what they’re listening to. So, what I know about our business that is unique to us is the amount of time people spend with it,” she explained.

It’s not often that a sales director will recommend advertising with the competition, but that’s exactly what Ingham does. Listeners on one music platform rarely ever listen to others. “If you’re using us you probably should be using Pandora as well because there’s not a huge crossover. You use one or the other,” she said.

The launch last year of Apple Music into the market was seen as a threat to existing players like Spotify, but they’ve instead seen further growth since Apple Music’s launch. Spotify has reported that globally the second half of 2015 was its fastest subscriber growth period to date.

Ingham doesn’t view Apple as a competitor, but says that is a view she holds purely from an ad sales and not subscription viewpoint.

Part of the difficulty for Ingham and her team is establishing who they should be talking to within an ad buying agency. While Spotify is obviously a digital product, Ingham believes that the relative newness of digital audio in Australia makes it a challenge to talk with the right people.

“A big part of what we do is educate on where we fit in. When we’re talking to an agency, do we talk to traditional radio buyers, or their digital team about the audio offering?” Ingham said.

As the lines blur with a platform like Spotify, it becomes even more difficult to pigeonhole the service: “We have a full suite of digital products, including video, display, and audio. Audio and video are certainly where the growth is. Display is still a part of traditional buys, but if you look at any of the numbers pertaining to investment across the industry, you can see display is flattening out as mobile growth is large,” she said.

And how large is that growth?

Ingham is bullish as she puts the growth of digital audio in Australia into perspective: “We have nearly three million unique monthly visitors. Pandora has close to a million. So, that’s nearly four million unique monthly visitors, which shows the scale. Even though we’re talking about hard-to-reach audiences, we’re not talking about niche small numbers.”