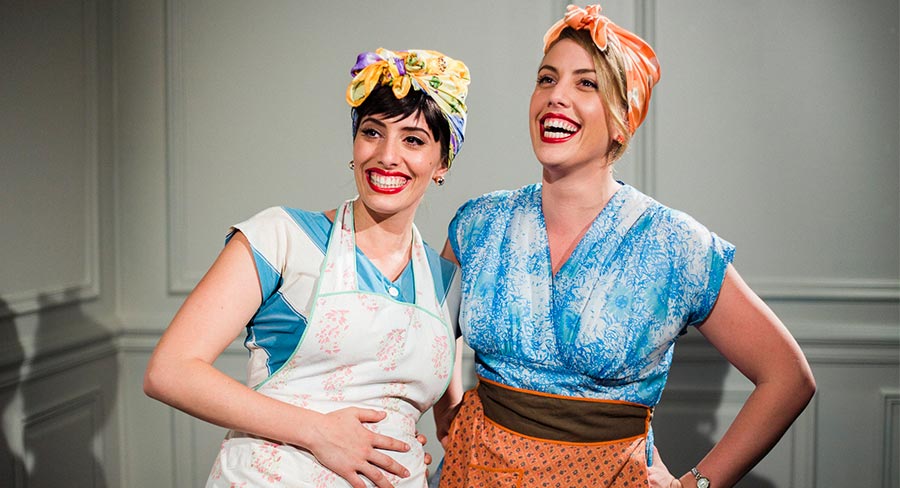 Web series Sheilas, created by Hannah and Eliza Reilly, will launch its premiere episode on YouTube and www.sheilas.tv on Tuesday August 21.

The four-part online series has been funded under Screen Australia’s Gender Matters: Brilliant Stories initiative that recognises, celebrates and supports storytelling by women and gives female Australian creators a platform for growth. It is the first Gender Matters project to go into production.

Combining re-enactments, comedy and history, Sheilas sees the series’ creators, writers, directors and sisters – Hannah and Eliza Reilly (pictured – Growing Up Gracefully, ABC TV) – on a mission to revive the forgotten stories of the badass women of Australian history.

Sheilas showcases the tales of four daring, pioneering, tough-titted ladies who hiked up their petticoats and fly-kicked down the doors of opportunity for modern Australia – Nancy Wake, Mary Ann Bugg, Merle Thornton and Fanny Durack.

Each of the four episodes has been crafted with a unique feminist perspective that sets out to educate, inform and inspire young people (and the young at heart).

Sheilas is a Giant Dwarf production for YouTube and www.sheilas.tv. Principal production investment from Screen Australia in association with Giant Dwarf.