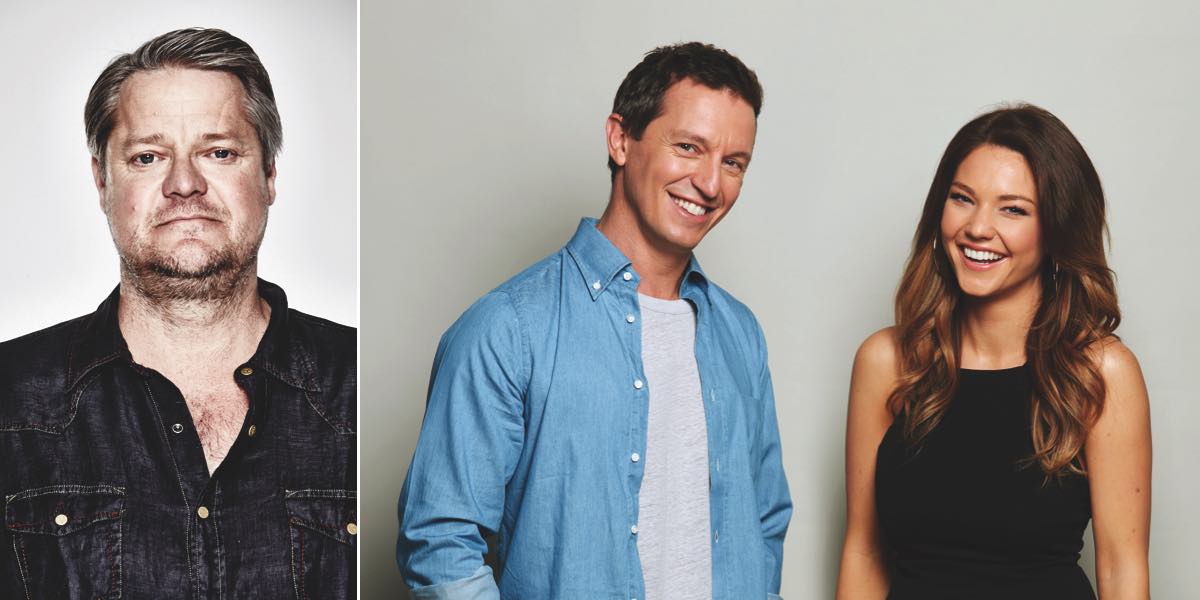 Although Southern Cross Austereo chief executive Grant Blackley told shareholders at last week’s AGM there is a lot more to the company than just Sydney, he knows full well how a Sydney result can shape the perception of a national business.

Blackley and his chief creative officer Guy Dobson have been spending a lot of time planning the next moves for the company’s flagship FM station. With all due respect to Triple M Melbourne, Fox and the rest of Australia, Australia’s biggest radio broadcaster doesn’t need the perception that the company is not performing well if 2DayFM is rating poorly.

“It’s the biggest market in Australia and the saying is that if Sydney coughs, Australia gets a cold,” Dobson told Mediaweek just days before the launch of 2DayFM’s fourth breakfast show in two years.

Dobson quickly reminded us how well the company is performing in Melbourne, and what a crucial contributor that market is in agency revenue.

As to the recent missteps with the all-star Jules, Merrick and Sophie breakfast show which was followed by the lesser-known but tried and tested team of Dan and Maz, Dobson said if things don’t work out you have to move on to the next plan.

“We are committed to Rove for the next three years and we will give it a bloody good shake. Grant said when he got here he wanted to see faces on a billboard in Sydney that people know. That is what we have now and that is half the battle won. The next challenge is to then make that show connect.”

Asked about the incumbent 2Day breakfast show, Dobson explained: “The Dan and Maz show was going to be a long burn. It is about getting things right more often than not over a longer period of time. We are an impatient company as we should be. If we can start with good recognition then we can start on the connecting points with breakfast, and work on them bloody quickly. Then hopefully we will have a way better show than a 3% share in a short period of time.

“An advertiser is more likely to want to put their dollars into a show with trusted names they have known for a while and know they can deliver the goods. That’s what we have got with Rove and Sam Frost.

“Sam is a star. She’s from a reality TV show, but she is truly very talented and they work well together.”

Southern Cross Austereo has gone with a mix of experience and youthful exuberance to steer the new breakfast show. Gemma Fordham (who has both!) is working as a breakfast consultant and is back from New Zealand. “As I mentioned we have drive right, the music is good, so we need a breakfast show specialist which is what we have now. She has hired some of her own team to work with her and we have also kept some of the Dan and Maz team who are battle-hardened and ready for action.”

Part of the team that Fordham is bringing with her is a former New Zealand colleague Tim Dunlop who is the show’s full-time executive producer. Both Fordham and Dunlop worked together on the Kyle and Jackie O Show at 2DayFM.

“We are very confident about our resources off the air for the Rove and Sam show,” said Dobson.

The station has hired a young New Zealand radio hotshot in Matt Anderson as the new content director. There have been a few of them at 2DayFM over the past couple of years. “He’s a talented boy and very smart. He gets the format and what we do and he’s done very well in New Zealand.”

Dobson said it wasn’t too big a job for someone so young. “I was programming Triple M in Sydney at 26 years of age – it can be done. It is a big challenge but he has a lot of support around him and some fresh blood into the hallways of 2DayFM is what is called for.

“We need some different thinking in the network. We have probably been hiring people of our own ilk for too long and it’s important to have some fresh thoughts and it’s important to have some ideas challenged. Sometimes when we are all one big happy family it becomes a lot harder to instil that into the company. I have no problem finding the best people in the world and putting them in if it is called for.”

The company is not putting too many expectations on the new 2DayFM breakfast show in the few weeks it is on air before the end of the year. “Just get comfortable and work out where the chemistry is,” was Dobson’s advice. “We are hoping to launch a show that sounds good and we are hoping to make it great within a very short period of time.”

As to where the 2DaywFM audience might come from, Dobson said the initial concern was to keep their core audience happy first and then work out where the new listeners will come from.

He wouldn’t reveal the company’s marketing plans for Rove and Sam. “All I will say, the firepower is there. We are not going to die wondering.”

Dobson confirmed that the positioning of the station with regard to music won’t be changing. When talking about the mix of music and talk on the show, he said he thought there would probably be something like five or six songs per hour. “The more music you play in breakfast means you are not doing your job right between the songs. The breakfast template is pretty much set in stone.”

When pushed about where the station would sit between the youth appeal of Fitzy and Wippa at Nova and the slightly older skew of Kyle and Jackie O at Kiis 106.5 or even the older FM brands, Dobson said: “It will sit in between both of those and smoothfm and WSFM aren’t on our radar – they are just background pieces of pap.”

Dobson said the program will appeal to both sexes and that it wouldn’t be overly wholesome. “Rove and Sam will be a less toxic environment than some 2DayFM listeners were used to in a bygone era. We are going to build a great, well-rounded, fun show to listen to in the morning that will be on brand. There will be some surprises and there will be plenty of celebrity and whatever is hot right now. It will be a good alternative to some other shows on the FM band.”

When asked about his recent change of title, Guy Dobson told Mediaweek: “The last title was chief of content (COC) and I found that acronym quite hard to swallow. The new title is something Grant Blackley and I agreed on. We are not overly concerned about titles, it is more about the job itself. I don’t think I have handed out a business card in 20 years. At the end of the day we want to be a creative company again and I am working on the creative side of everything from front of house to programming FM radio stations to digital to working with the creative side on the marketing.

“We are looking creatively at how we deploy news and we want to invest more money in the digital side of news. We will be looking to put on a digital head of news at some stage and some digital journalists to better resource what we publish online.”

Two of the online properties that Dobson mentioned are Scoopla and the Greenfield Post which is a Triple M sporting blog. “We are in the middle of reviewing what we need from an audio perspective and from a digital perspective.”

Dobson noted they are focusing on what their audience wants in terms of news. “Breaking news is important when it is relevant and how we get that to our audience is important whether it be via audio or a mix of audio, video and social.

“There are many facets to this role and lots to do in the next six to 12 months.”

Dobson explained the radio division had a flatter structure in the post-Craig Bruce era. Mike Fitzpatrick looks after the Triple M network and Dave Cameron looks after the Hit Network.

Dobson has recently appointed a new head of digital content in Chris McWilliams who was responsible for the digital side of the Triple M Network.