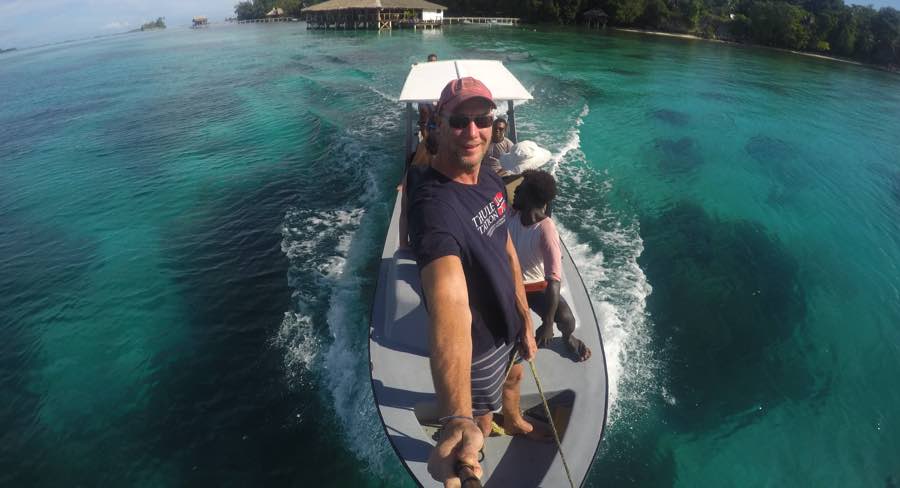 In a time when everyone is talking about the demise of print, Grin Creative is choosing to go against the trend and invest money in the launch of new glossy title.

The 21-year-old Melbourne-based creative agency has partnered with Luxury Escapes to launch a quarterly, consumer-facing magazine in mid-November 2018. It will be called Luxury Escapes and will cost $9.95.

The setup between Luxury Escapes and Grin Creative may make it seem like the new title is a custom publication. However, this is far from the case, said the latter’s founder and director Justin Jamieson. “It’s definitely not that. We have full independence in the content and we have made sure of it,” he told Mediaweek.

“This will be an independent magazine, but it will be in line with the Luxury Escapes brand. We will be using its database and brand integrity to deliver a print publication.

“One of the things all publishers try to do is build a credible brand and a community around it.”

This process has been made easy by Luxury Escapes’ existing database of three million people. “We are almost reverse engineering,” Jamieson said.

Why launch a new magazine now?

“I’ve been hearing about the death of print for a long time. We have published a number of travel magazines – Get Lost is one that we created ourselves 14 years ago. That brand is getting stronger and stronger as far as sales and subscriptions go,” Jamieson said. “Print can still breathe in travel. It is holding on longer than other categories.

“There is a gap in the market for a really good luxury travel publication.”

Luxury Escapes will have an initial print run of 20,000 copies.

Grin Creative started in 1997 as a creative agency, working in retail. The company got into publication when it launched a 100-page monthly magazine called Sain for Sanity Music, which was one of Grin Creative’s first clients. Since this time, the organisation has also produced a number of custom magazines such as Fernwood, Zooper (a magazine for Zoo Victoria) and National Geographic Traveller (a biannual magazine for Adventure World Travel).

It recently won a tender to publish a custom magazine for Avalon Airport. “That’ll be out before Luxury Escapes,” Jamieson said.

“We haven’t come up against anyone like Hardie Grant or Medium Rare Content. They are great at what they do. Grin Creative has always been a smaller and personal-relationship type of business. We fly under the radar in that respect,” Jamieson said.

The company has a team of 12, including Hank Jamieson, who is listed on the Grin Creative website as an office mascot. “He is the best-looking guy on the website,” Justin Jamieson said. “It was his birthday so he has the day off. Everyone gets a day off on their birthday.” [Laughs] Speaking about Grin Creative’s biggest growth opportunity, Jamieson said: “Content is a big part our growth. We do everything from websites to catalogues. You name it, we’ve done it over the last 21 years.

“The launch of Get Lost magazine in 2004 definitely moved us into the travel sphere.”