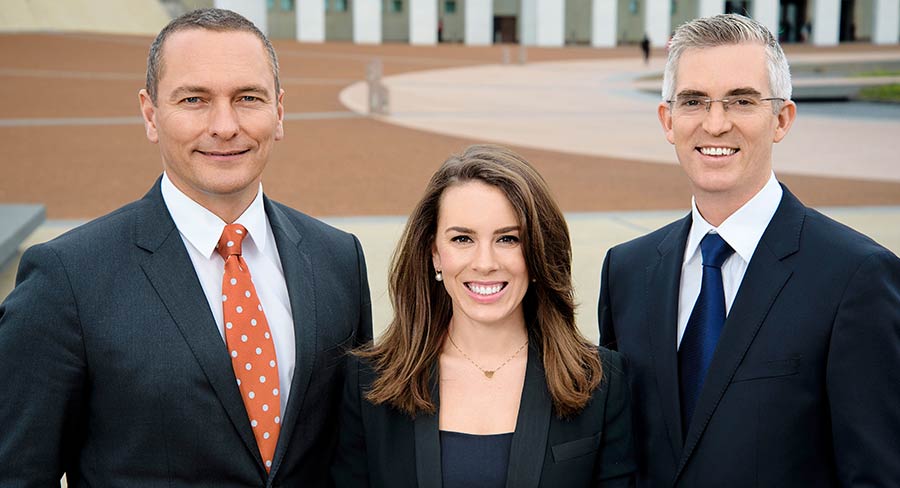 Rolling coverage from Canberra this week saw political editor David Speers and chief political reporter Kieran Gilbert were the first to report the leadership positions had been vacated.

Political reporter Laura Jayes was then the first to confirm that Prime Minister Malcom Turnbull had won the leadership ballot.

Credlin, anchored by Peta Credlin weeknights at 6pm, delivered its highest rating episode on record with an average audience of 71,320.

The Bolt Report, anchored by Andrew Bolt weeknights at 7pm, delivered its highest rating episode of the year and second-highest episode on record with an average audience of 83,137 viewers.

Paul Murray Live, anchored by award-winning broadcaster Paul Murray each Sunday–Thursday at 9pm, was the number one program on Sky News delivering its highest rating episode since 2016 with an average audience of 102,631.

Sky News was the number one channel on the Foxtel platform Tuesday (August 21) with a 4.2% audience share and achieved its highest rating day since 2016 and reached 479,000 unique viewers across the day.

On Sunday September 2 at 6am AEST Sky News on WIN, a new dedicated 24-hour free-to-air news channel, will launch on the WIN Network’s Channel 53 in northern NSW and Channel 83 across all other WIN areas.