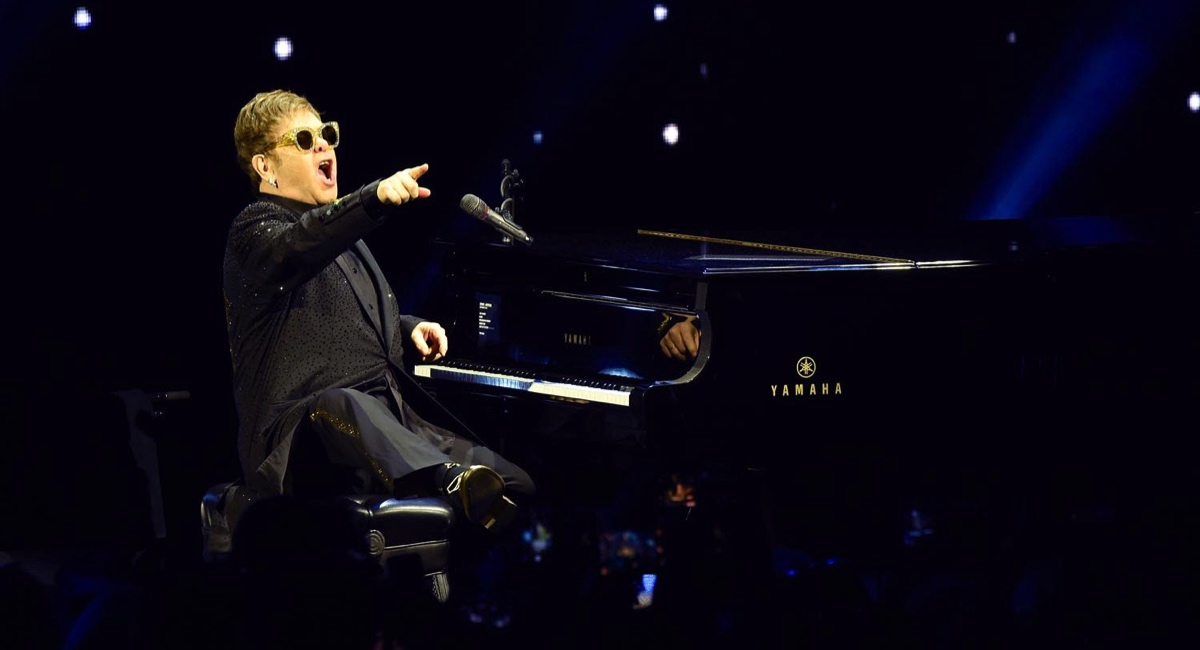 About 1,800 media, agency and VIPs last night piled in to Sydney’s Hordern Pavilion to allow Google Australia to show off its YouTube offering with an extravagant event.

Called Brandcast – and hosted by Waleed Aly – the event featured talks from Google Australia boss Jason Pellegrino, a slate of YouTube talent (even a recorded message from James Corden), and concluded with a performance from iconic popstar Sir Elton John.

More than 14.5 million Australians over 18 spent an average of 20 hours 59 minutes per person on YouTube in July 2017. During the YouTube Brandcast event held last night in Sydney, Google Australia left no stone unturned in communicating that YouTube is the online video platform of choice for the nation. Google Australia and New Zealand managing director Jason Pellegrino was one of the first speakers to take to the brightly lit stage at the Hordern Pavilion to share some viewing data for the platform.

He said, “Educational and learning videos now have over four times the watch time of animal videos on the platform. Sorry, Grumpy Cat.” With such data, advertising on YouTube can give its clients “audience, attention and business results”, Pellegrino said. 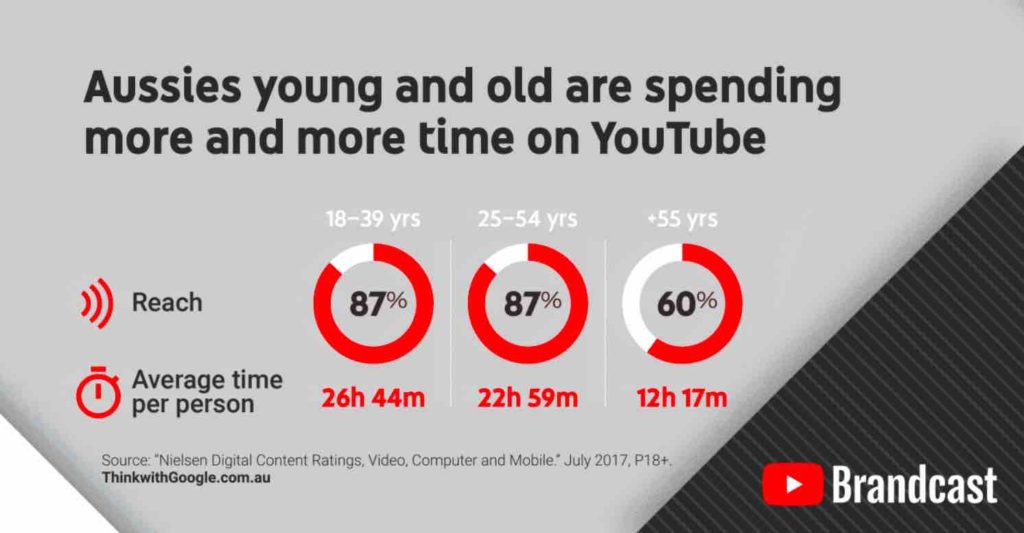 Pellegrino also spoke about the benefits of coming on as an advertiser for YouTube-exclusive content by showing teasers of upcoming series from Demi Lovato, Ryan Seacrest and Kevin Hart. Hyundai Australia has already come on as an advertiser, he revealed.

Australia is home to more than 65 channels on YouTube with over a million subscribers. One of the biggest homegrown channels with nearly nine million subscribers is Wengie, a lifestyle and beauty channel. Wendy Ayche is the person behind it. She goes by the name Wengie on YouTube. Ayche described content creators on the video sharing platform as a “high-calibre lean production company, who are uploading content two, three, five and sometimes seven times a week.”

She gave the audience at Brandcast – made up of advertisers, media people and consumers – three tips for engaging with viewers online.

1. Use Google trends and key word tools. These will help a brand identify what is popular, and allow it to join in to conversations where people are already highly engaged.

2. Give importance to thumbnails, titles and descriptions. These are often overlooked, Ayche said, and need to be given as much consideration as a creator would give to their creation. Therefore, a brand or a creator needs to ensure that the thumbnail and name representing their work stands out from the sea of content that a consumer is scrolling through. “This is one of the things that drives me crazy about some of your channels. Whatever you do, do not call your video ‘30 second TV commercial’,” Ayche said. “Treat it as thoughtfully as you would with any creative work.”

3. Advertise here. “This may sounds cheesy, but advertising on YouTube is about reaching real people through real people,” Ayche said. “If you want people to engage with your ads with the sound on, advertise on YouTubers’ channels – you will get results.”

Internal Google data for August 2016 showed that 95% of ads on the platform are watched with sound on. The Project host Waleed Aly was the MC for the evening. During his introductory address for the event, Waleed said that the secret to the success of Ten’s current affairs show is that it is the most “digitally tuned show that exists on Australian television”.

“This feeds into things like our production process. We at times have producers in our setup composing music that we can use in segments, because then it can live online without breaching copyright.”

Popular late night talk show host James Corden echoed Aly’s comments in a pre-recorded message for Brandcast 2017. “TV ratings only tell us who can stay up. YouTube tells us what works,” Corden said.

The night had executives from YouTube sharing the advantages of advertising on the platform, along with speakers from brands who have previously advertised on it and have seen results. IAB Australia CEO Vijay Solanki and Nielsen’s Monique Perry also took to the stage to promote the recently launched digital measurement system called the Digital Content Ratings. The metric gives publishers, agencies and brands daily digital audience data for video, audio and text.

Solanki called on the need to make data “sexy” again and said that is what IAB Australia is focusing on.

Attendees to the YouTube broadcast were ushered into the Hordern Pavilion with drinks in hand via a red carpet. The presentation, which went on for a just over an hour, was followed by dinner in a casual setup and entertainment from Sir Elton John.