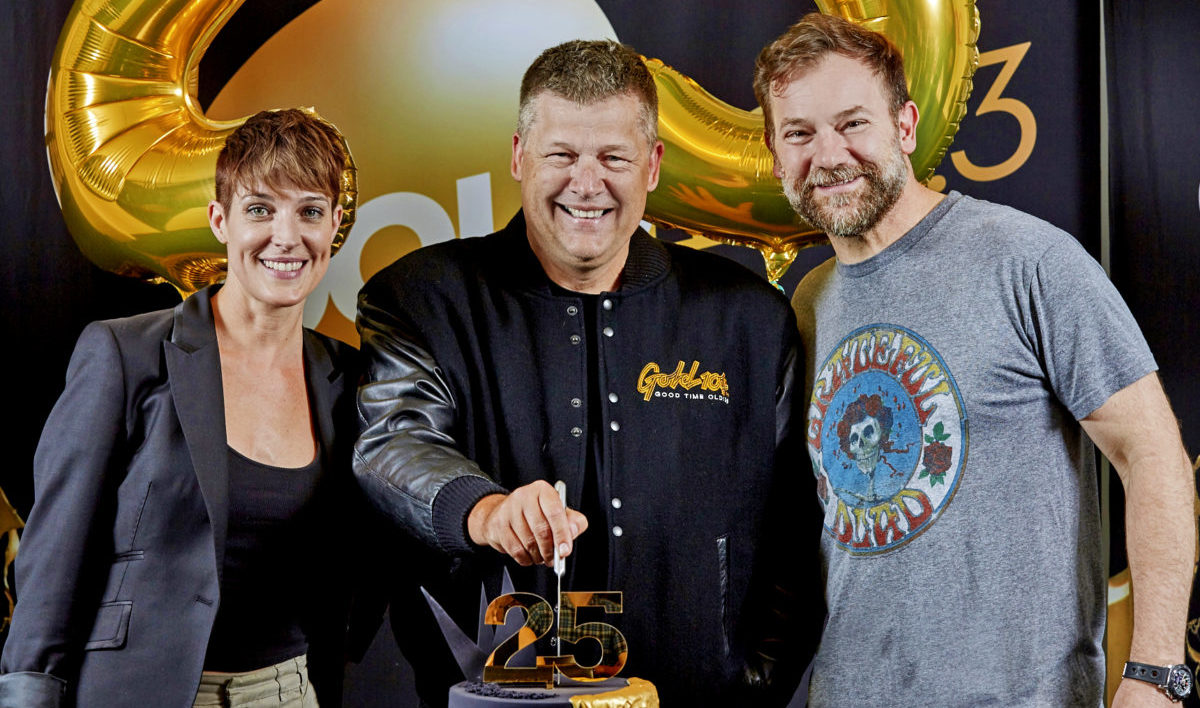 Sam Thompson first joined ARN in April 2015 as content director for ARN’s Gold 104.3 in Melbourne. In January 2016 her role was expanded to oversee both ARN Melbourne stations – Gold and KIIS 101.1. Gold has been celebrating its 25th birthday this month after a very strong year. Gold started 2016 ranked #1 FM and shared top spot for the last two surveys with Fox FM.

When asked about the ARN job specs from national content director Duncan Campbell when she arrived, Thompson explained: “Gold is a great station with a really strong music position, but we needed to make it more contemporary. We set about changing the music position to ‘only the hits you love’ and we changed the imaging and the voice of the radio station. We played predominantly the core music from the 70s, 80s and 90s. Around that we built a station that was more contemporary and more Melbourne.”

The Pure Gold brand across the network had been introduced in 2014 and Thompson explained they continue to evolve the brand. 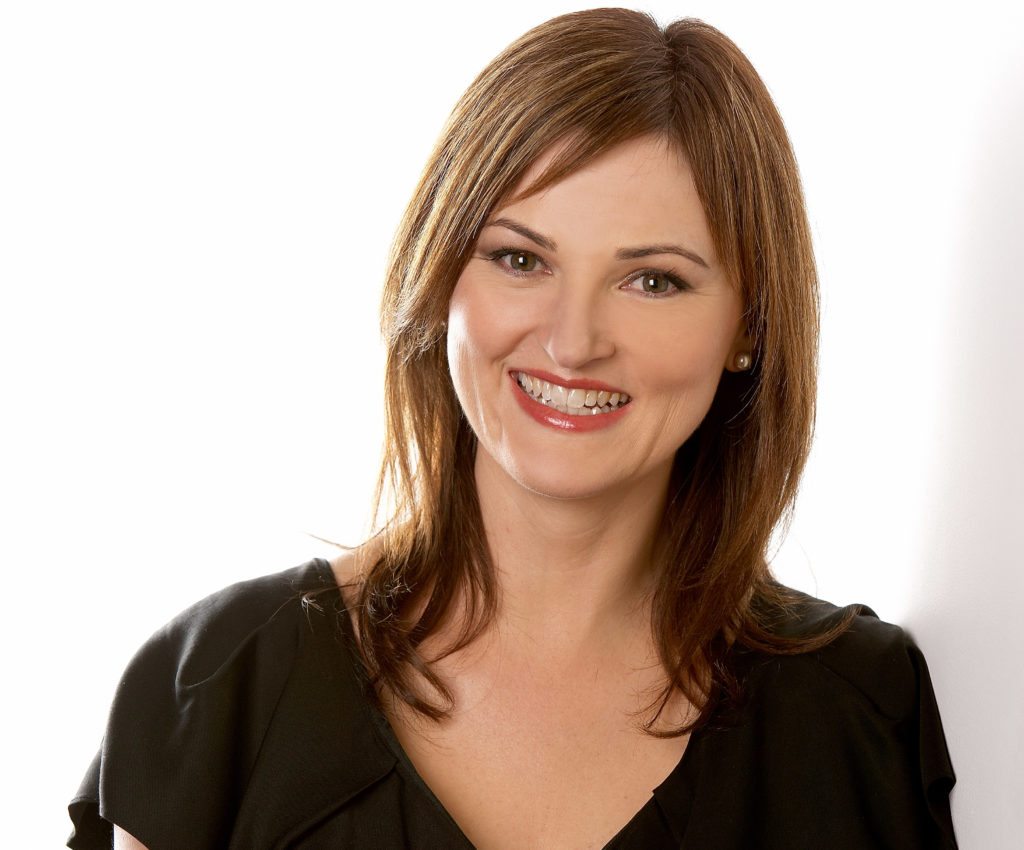 When you ask about the target audience, Thompson said: “Gen X is what we are obsessed with.” That is the demo after baby boomers with people born from mid-60s through to 1980 – people now aged from mid-30s to early 50s. The station targets both sexes equally.

As to Melbourne being a crowded marketplace with both smoothfm and Triple M fishing in that pond, Thompson said: “We are more pure Gen X with both male and female which is different from both of those radio stations.”

The changes made during 2015 and earlier this year seem to have been well received by the audience with significant ratings improvements.

“Gold is a radio station that people listen to, but they didn’t actively say they were listening. It was almost like a secret station for some of the audience. Part of that was related to the imaging around the station which made it look just a bit old. Making it contemporary, making it relevant, making it more Melbourne has helped make it a station people are more passionate about and proud to say they listen to.”

Making it more Melbourne means having every program hosted out of the city. “The audience is significant in everything we do. There are always listeners on air. We are always seizing the moment and talking about things that are relevant. The people we have as regulars on the Jo and Lehmo breakfast show are very Melbourne including the regular sports people. You can’t have too much sport in Melbourne. [Laughs]” Thompson noted how critical Jo and Lehmo are too for the Melbourne connection with Lehmo working around different parts of the city on comedy gigs and Jo as a Melbourne mum discussing matters that affect mothers across the city.

In a long and illustrious radio career at Austereo and then Nova, Thompson has not previously worked with ARN. “I had worked with Duncan though,” Thompson told Mediaweek. “We worked together in Brisbane at B105 many years ago in 1993. Then I dealt with him when I was at Authentic Entertainment when he was a client for our program My Generation.”

With the station doing well now, Thompson is keen to make sure the brand continues to evolve. “We will continue researching the music with our audience and make changes when necessary. It is about being more contemporary and being more relevant. We still have a brand new breakfast show and we are about continuing to work on their chemistry with each other and their chemistry with the audience.

“To be outright #1 again would be great!”

Gold 104.3 is a real powerhouse across the workday with Craig Huggins and Gavin Miller on air. “Craig was here 25 years ago when Gold 104.3 launched,” said Thompson. “He obviously connects very well with the audience and has an amazing music passion. The same with Gavin who has incredible music knowledge and his point of difference in drive is that he has a music-focused shift.”

Thompson admitted it will remain a music shift despite an experiment last year in Melbourne with a football-focused drive show on Fridays during the AFL final series.

Thompson talks to all the ARN content directors, in particular sharing learnings with WSFM in Sydney, about tactics, music and any tweaks and changes they make. “We will adapt what they are doing if we think it is relevant to Melbourne.”

Time management between her two roles at Gold 104.3 and KIIS 101.1 can be a challenge, Thompson admitted. “From 6am until 1.30pm each day it is very intense and busy. I need to keep across both breakfast shows and Derek Bargwanna plays a significant and important role on the KIIS side, which is great. We also have very strong product teams working on both brands.”

Although not in the office early every day, Thompson makes sure she tunes into breakfast like a listener. “I can be at home, at the gym, or at home making lunches for the kids. I then travel in traffic and continue listening. I don’t like listening in the office because it is a sterile environment and not how people listen to the radio.”

Thompson spends time with both breakfast teams – Gold’s Jo and Lehmo plus KIIS’s Matt and Meshel – every day after their shows. “Both teams are in very good places. At this time of the year it can normally start getting a bit tough because those early mornings can get to you. Both teams remain very positive and passionate and keen to keep improving.”

Thompson started working at Fox FM when Matt Tilly first started breakfast with Tracy Bartram. She worked with Jo Stanley more recently when Authentic produced the Fox weekend breakfast show Stanley co-hosted. Thompson was also at Nova during the years Meshel Laurie was a star for Nova Brisbane. “The only one of the breakfast group I hadn’t worked with before was Lehmo.”