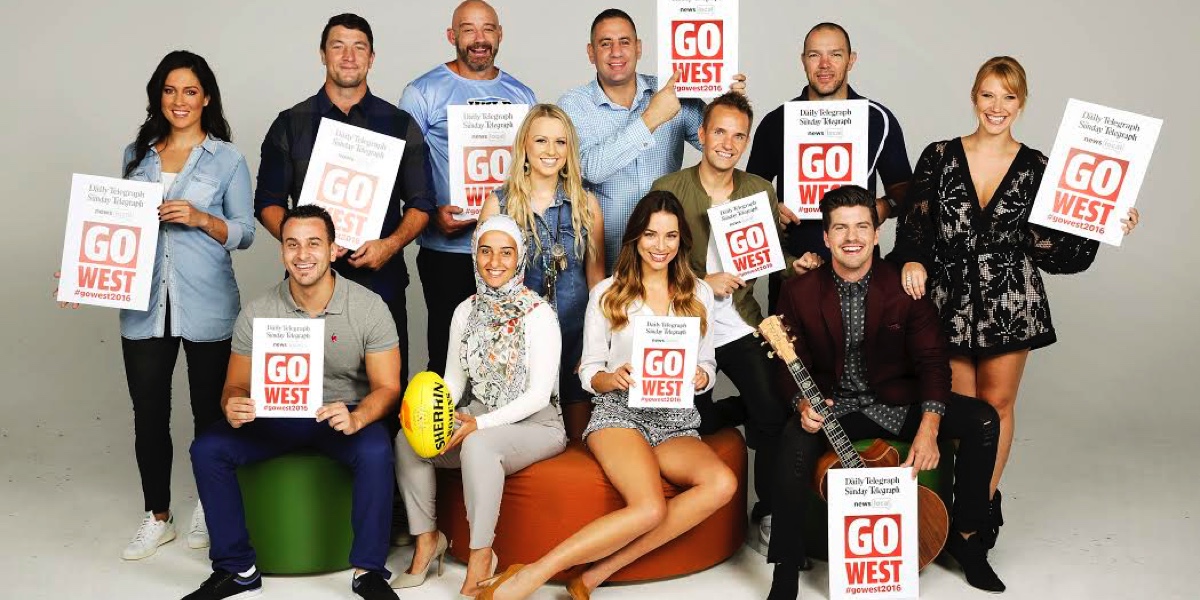 The Daily Telegraph, The Sunday Telegraph and NewsLocal this week launched Go West, the third iteration of the successful campaign for Western Sydney which has brought about real change and results for the region.

Formerly known as Fair Go for the West, the 2016 Go West campaign will once again push to make a real difference in the Western Sydney community, while also celebrating the contribution made by its residents to the city. Over the last two years the campaign has been successful in securing the development of Badgerys Creek airport creating up to 30,000 jobs, driving the relocation of the Powerhouse Museum to Parramatta and attaining commitment from the State Government to ease traffic congestion.

The 2016 action plan will be presented to NSW Premier Mike Baird and State Opposition Leader Luke Foley. It calls for initiatives and improvements across transport, education, law and order, health, sport, infrastructure, business, cost of living and the arts including a pledge that Badgerys Creek airport will be serviced by a train line plus fast tracking of the West Connex project.

News Corp Australia NSW executive general manager Simon Anderson said: “With a Federal election on the horizon, it is more important than ever to shine the spotlight on Western Sydney, the true engine room of Sydney. Western Sydney is fast becoming the epicentre of an unprecedented construction boom and its success is vital to the growth not just of Sydney but the nation.” 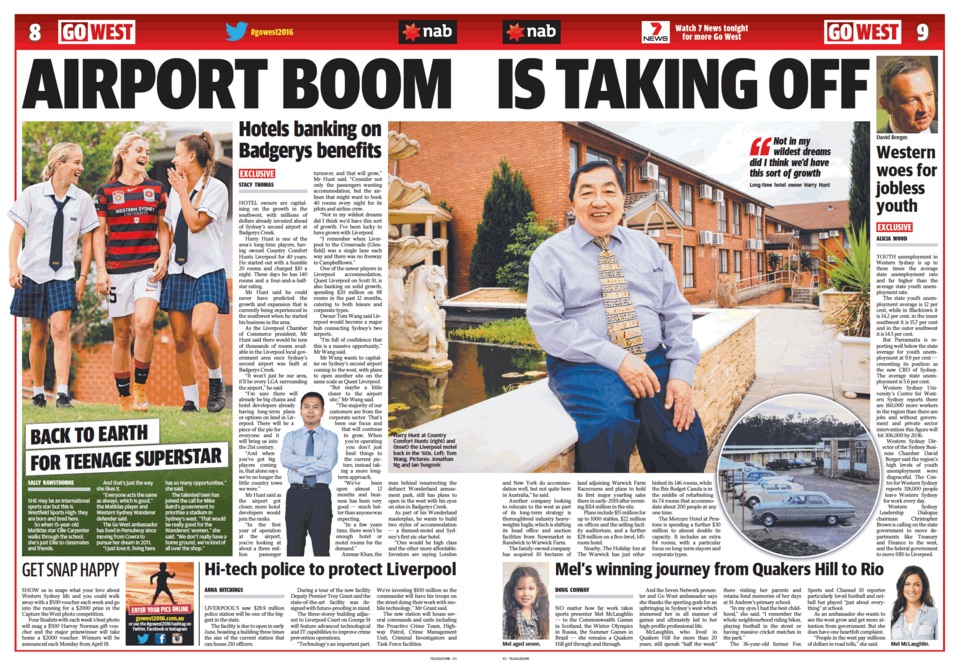 The Daily Telegraph editor Chris Dore said: “For our nation to continue to prosper, our most important city must lead the way, and for Sydney to succeed, Western Sydney, in all its complexity and character, must be the driving force. Western Sydney is already Australia’s fastest-growing region. In all aspects, it is the beating heart of our city, its culture defines our spirit, and its ambitions will determine our future.

“The Daily Telegraph is proud of the genuine change we have helped deliver – both in perceptions and outcomes – for the people of Western Sydney over the past two years. But there is much more to be done, and The Daily Telegraph will again this year be at the forefront of not only driving more change but celebrating the success of the West. With a federal election imminent, the battle of Western Sydney will determine the immediate future of our country. Let’s make sure it’s bright and brilliant.”

NewsLocal editor-in-chief Kathy Lipari said: “NewsLocal has nine mastheads serving the entire vibrant and diverse community in Western Sydney. We are proud to once again partner with The Daily Telegraphand The Sunday Telegraph to drive change and celebrate this important region of Sydney.”

The 39-day multifaceted campaign will again be staged in three parts, beginning with an editorial campaign that will highlight ideas for achieving a fairer go for Western Sydney.

The second phase, Champions of the West, brings back the popular grants program to reward outstanding people and organisations showing initiative in Western Sydney. Eight grants of $10,000 will be awarded across eight categories. These categories include young entrepreneur, small business categories, indigenous excellence and classroom of the future.

Nominations are now open until 28 April at gowest2016.com.au.

The campaign culminates in eight days of events and activations in The Daily Telegraph’s Go West Bus Tour. From Sunday 8 May to Saturday 14 May the bus will travel around Western Sydney with celebrity ambassadors, reporters, photographers and special guests to conduct a whistle-stop tour of all that is great in the west.

On Thursday 19 May, The Daily Telegraph will host the gala Champions of the West awards night at the Bankstown Sports Club where the winners of the grants program categories will be presented with their $10,000 cheque.