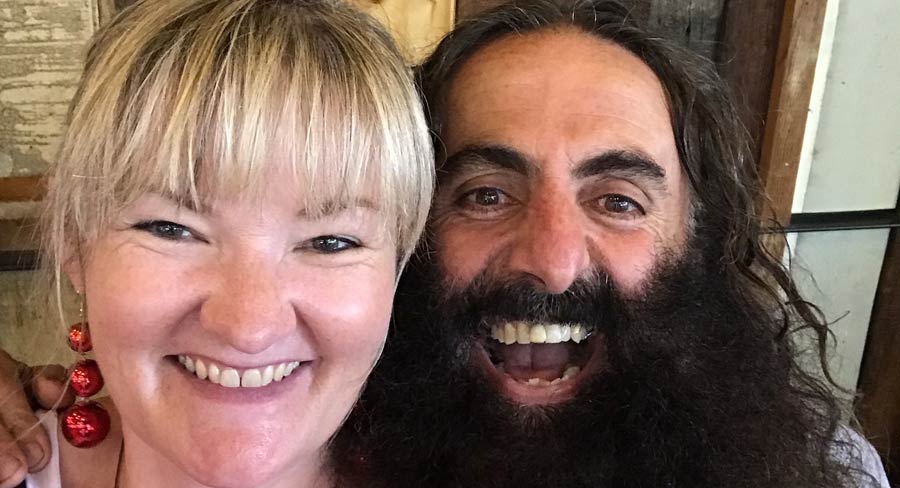 ABC is celebrating a big television anniversary this week as Gardening Australia turns 30. 2018 was a year of change for the program – new timeslot, new day and a new format plus the Melbourne production office also relocated.

The show moved from Saturday night where it was a 30-minute program to Friday nights and a 60-minute format. It rumbles in the timeslot now with Better Homes & Garden and The Living Room.

Gill Lomas has been with the program since 2011 working as a series producer and more recently as executive producer. She admitted it’s a good place to work.

“You wouldn’t believe the number of people I bump into who tell me it’s their dream job. We make feel good television and that permeates through the whole office. The producers are out in stunning gardens all day meeting passionate people. We are all really fortunate and we are a very happy crew.”

She has been working on the anniversary special, which screens this Friday night, since mid-2018. “We will be running for 90 minutes this week – the episode has been dubbed Gardening Australia – The Movie,” she laughed. And the celebrations don’t start and end this week: “Let’s keep the birthday going – it’s not a birthday week, but a birthday year.” There will be special events planned across 2019 and the show will highlight some the memorable moments from its archives.

Although explaining she is not responsible for scheduling the program, Lomas agreed Friday is a very competitive timeslot for the program. It was a timeslot of course where Burke’s Backyard ruled for many years before Better Homes & Gardens later moved in.

Some of the ABC audience also watch one of the commercial channel shows. Lomas noted many of their viewers come to the Gardening Australia via a Sunday repeat or by iview.

“The number of downloads for the show has increased massively, but we are also happy with the numbers watching live on Friday or Sunday.”

We asked Lomas if the ABC doubled the show’s budget when it went from 30 to 60 minutes.

“No, they didn’t. We have had to be very clever with the little more we got. Like everybody these days we need to be very frugal. We are an incredibly efficient machine, which squeezes every cent out of every dollar we get.

“We try to service everybody and cover as much of the country as we can. Travelling is expensive so when we go on trips we make sure we do back-to-back stories to make it worthwhile.” The show has been blessed with outstanding hosts with just three in the 30 years. Landscape architect Costa Georgiadis is the host now and he is joined weekly by presenters hosting different segments. “All those presenters, some who also have day jobs, are now filming longer in the newer format,” said Lomas.

“Costa is such a bundle of energy who is doing things everywhere and he travels many weekends to community gardens and garden shows.”

Lomas said the OzTAM data indicates the program does well both in metro areas plus regional Australia. “Last year we were up 17% on the previous year and 26% in the timeslot. The numbers were up in every capital city and every region.”

Manufacturers of commercial products that could appeal to the Gardening Australia audience aren’t shy of sounding the show out for coverage of various products. Good luck getting past this EP though.

“We’ll have none of it,” said Lomas. “We are very careful about that because our integrity is paramount. We can’t be influenced by anyone and we would certainly never promote products. Sometimes in context we may give the name of a company, but we would never spruik anything.”

The anniversary special has a special segment paying tribute to the show’s first and long-time host Peter Cundall (host from 1989 to 2008). “I went through many hundreds of hours of archives looking for a few diamonds. I was constantly giggling because his turn of phrase can be pretty colourful,” said Lomas.

“I wasn’t much of as gardener before I came on the show,” admitted Lomas. “But I really am now. I have been feeding the office and my neighbourhood with passionfruit over the past few weeks. It can be infectious and I find it good switching off time. I have three vegie beds plus fruit trees.”

Nextmedia is the publisher of the associated magazine. The February edition cover story is about which species to add to your plant pantry to lure in the birds. The Gardener of the Year is also surprised by Costa in their garden.

The program is also the #1 ABC TV website with Gardening Australia downloads accounting for 77 of the top 100 downloads and 18 of the top 20.

“We also have our own YouTube channel and we have the largest Facebook following for an ABC program,” said Lomas.