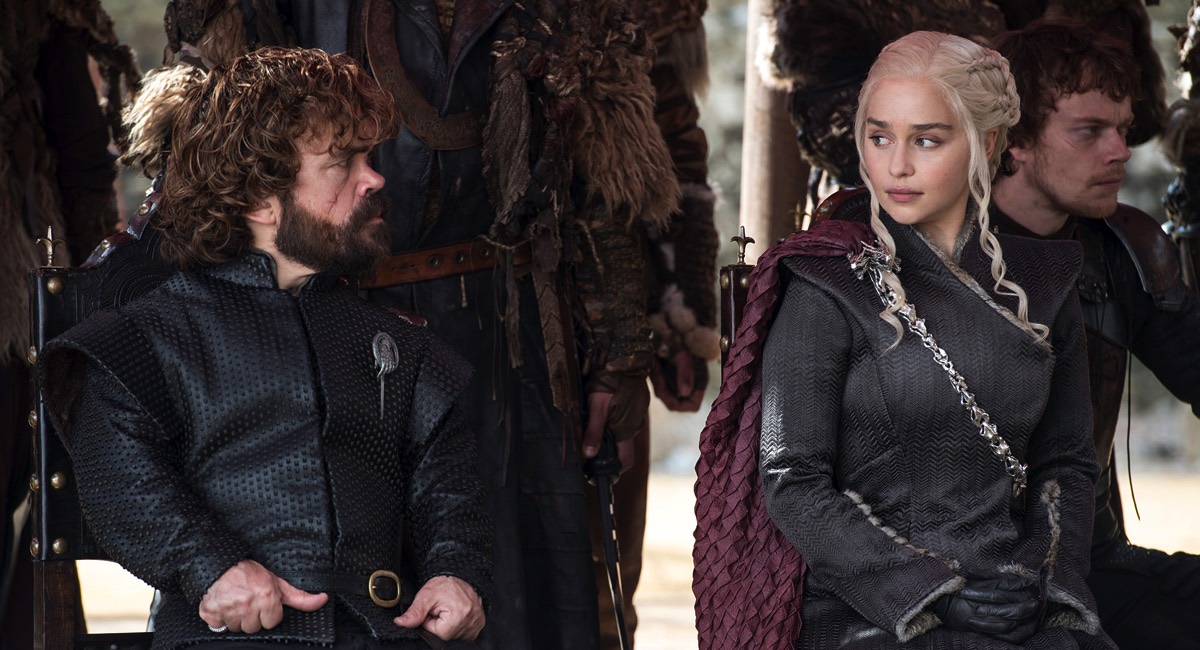 GoT fans will need to be patient

HBO, the US broadcast home of Game Of Thrones, made a brief statement today confirming the anticipated long delay between season seven and season eight. Season eight will be the show’s final season.

Episode 67, the final episode from the seven-episode season seven, went to air on Foxtel’s showcase channel in Australian on Monday August 28 2017.

The first of the six episodes in the final season won’t screen until 2019 on a date yet to be confirmed.

Game Of Thrones was Foxtel’s #1 program again in 2017 with the broadcaster revealing its record breaking performance after the screening of the final season seven episode:

The Dragon and the Wolf, Game of Thrones season seven, episode seven, achieved a record-breaking audience of 887,000 viewers.

The final episode’s overnight figures topped the season’s premiere episode one of Game of Thrones, which, at 820,000, was itself a record breaker before being outdone by the final episode. 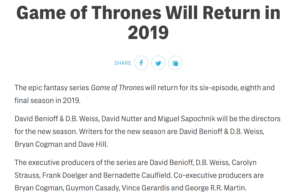 The brief GoT final season announcement from HBO

Even now, four months since that final season episode, Game Of Thrones remains the #1 show in Australia and New Zealand in terms over overall cross platform TV demand as measured by Parrot Analytics.