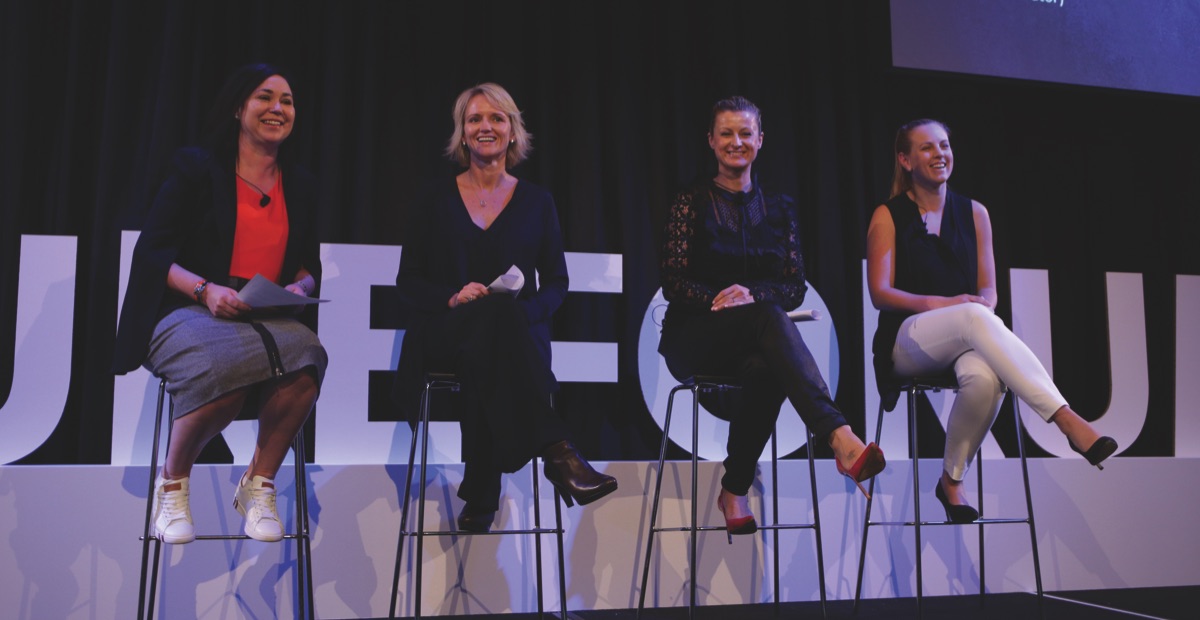 One of the greatest challenges for employers in the creative industry today is retaining young talent. A panel session hosted by the MD of News DNA, Nicole Sheffield, at NewsMediaWorks’ Future Forum discussed the next generation of the work force.

In a fast-paced world, ensuring that everyone is communicating with one another and that the team is on the same page is integral, the panel agreed.

Domain’s audience has increased from 4.5 million to 6.9 million in last two years.

“We are moving so fast that the communication can just fall. That’s the thing that keeps me up at night,” Cruickshank said. “Mistakes can happen just through pace.”

The average age of an employee at OMD is 29, McDonald revealed. In order to keep the young talent within the company, OMD has a system in place where employees who have been in a role for 18 months or more can move to other departments that they are interested in. The agency also believes in giving young talent the discretion to make decisions about campaigns.

The parent company of Coles, Wesfarmers, recently awarded OMD the contract to look after the supermarket giant’s media spend.

“There are always price wars with Coles, Woolies and ALDI now. If something comes out in a market, how do you turn something around within 24 or 48 hours?” McDonald said. “A lot of it comes down to culture.

“It’s all well and good to win a big piece of business but if you don’t have the people in your company that can sustain it, what’s the point?”

Cruickshank echoed McDonald’s view: “We are delegating authority to young people. We are moving so fast at Domain at the moment that you have to trust people that are young, and you have to identify talents pretty quickly and say go.”

Giving young workers the power to make decisions, providing flexible working conditions and maintaining transparency are the key to a happy workplace, the three panellists said.

Speaking about the structure at Facebook, Rogers said that if a stranger was to walk into the office in Sydney, they would not be able tell an executive apart from the rest of the team. This is because of its open seating plan.

“From the top down it’s about being very open about what is happening in business,” she said. “The reason for that is we want to enable people to do their best work.”

Asked to predict the next big thing that will have an impact on the media industry, Cruickshank pointed to Facebook Live. Rogers, instead, pointed to VR.