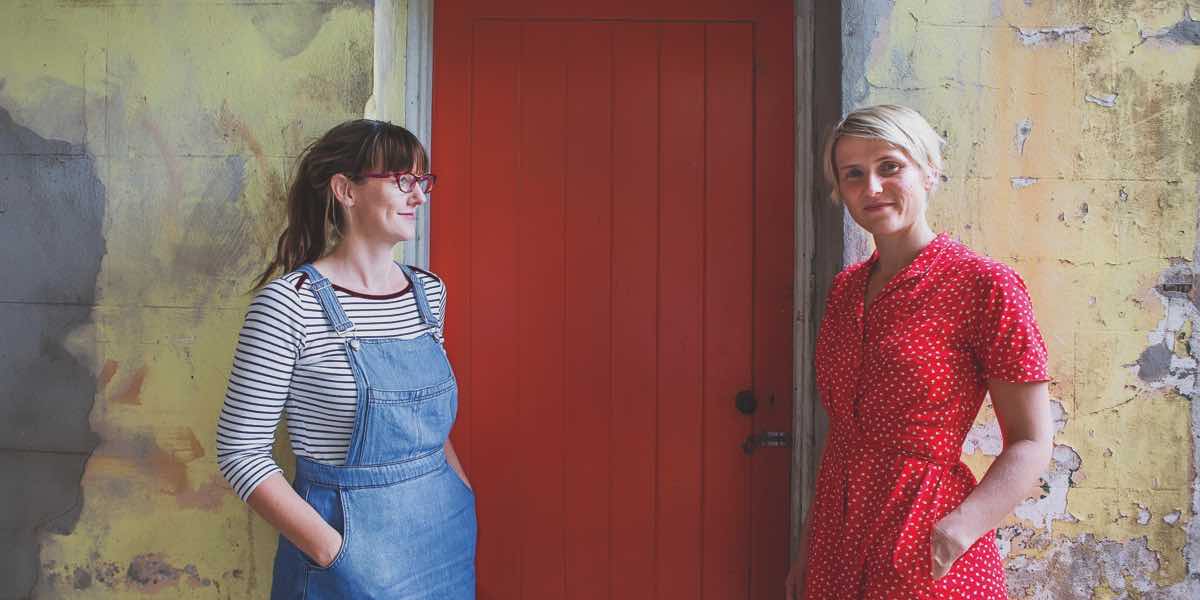 As much of the Australian print landscape moves towards mobile, frankie founders Lara Burke and Louise Bannister are working against the trend with their new publishing company, We Print Nice Things. Their first product is a new quarterly magazine covering food and family, Lunch Lady.

“When I left frankie I never ever thought I’d start another magazine. It’s funny how time changes and the right opportunity presents itself,” Bannister told Mediaweek.

The magazine’s theme is a brainchild of mum and photographer Kate Berry who started a blog called Hello Lunch Lady with her nine-year-old daughter in 2013.

“I started the blog because my daughter was being bullied at school for her homemade lunches,” Berry told Mediaweek a week before the magazine was going to hit the stands on 16 November 2015.

“It grew from there really. I used it as a platform to write about being a mum and sharing my experiences. Then Lou and Lara happen to find me.”

Speaking about why Lunch Lady was the right first project for We Print Nice Things, Bannister said: “When we stumbled across her website, we really loved her down-to-earth parenting. I love that she was very real – she’d had hard times and she’d had good times – and she was very honest about it. I related to it, I laughed to it, and I didn’t feel judged about my own parenting…Lara and I thought that if you can bottle that in a magazine as a person you turn to, it can work really beautifully.”

The first issue of the quarterly magazine has 160 pages with five of those dedicated to ads – which are difficult to tell apart at first glance due to its illustrative style and heavy use of pictures. The cover price of the title is $18.95.

“To make it a viable product, we decided instead of having 30-40 ads in there, we would have limited advertising and a high cover price,” Bannister said.

“It would also allow us to create something quite beautiful and a keepsake…If you run your hands over [the cover] you can feel the logo that’s embossed.

“The money we spent on making the product is between a magazine and a book.

“There is a lot of valuable content in there. There are a lot of recipes you will go back to.”

About 15,000 copies of the first issue were printed for distribution in Australia, US and the UK.

Talking about how different the experience of launching Lunch Lady was from launching frankie in 2004, Bannister said: “We worked on frankie for 10 years. I got a lot of wisdom from that time. I learnt what I would and wouldn’t do.

“It was [also] different because of social media…when frankie launched it was a very different atmosphere.”

For the launch of Lunch Lady, the team utilised the power of bloggers and Instagram to spread the word.

“Instead of going to a market and talking to 10 people who are going to tell 10 other people, you talk to one person who’s going to talk to 100,000 people. And then you’ll get about 500 of those buying your magazine.”

Speaking about her first experience of launching a print product, Berry revealed: “It was quite difficult because of two reasons: One, because we were doing it at the end of the financial year; and two, no one had seen what we were doing.

“Hopefully it’s going to be a lot easier now because there is a printed magazine that we can show people. But we were really lucky to have some businesses that believed in us. Also Lou and Lara’s history in producing amazing magazines, I am sure that has a lot to do with the people getting on board.”

The new title is aimed at parents aged 30-49. “Our goal is to inspire mums and dads, and whoever is in the kitchen, to cook again, because as a parent I know how hard it is and how uninspired you are,” Bannister said. “It’s about going back to the basics.”

“I would break the rules. I know magazines are meant to have rules for the cover. You can obviously see by our cover design, it’s not really [traditional]. The masthead is not at the top [and] the cover lines aren’t there.

“Be confident and break the rules if you have a market that understands that those rules are being broken. “The idea of this shared economy is much more useful for startups. For example, when we take on an advertiser or a foundation sponsor, it’s not just an exchange of money for a page, it’s a relationship exchange.