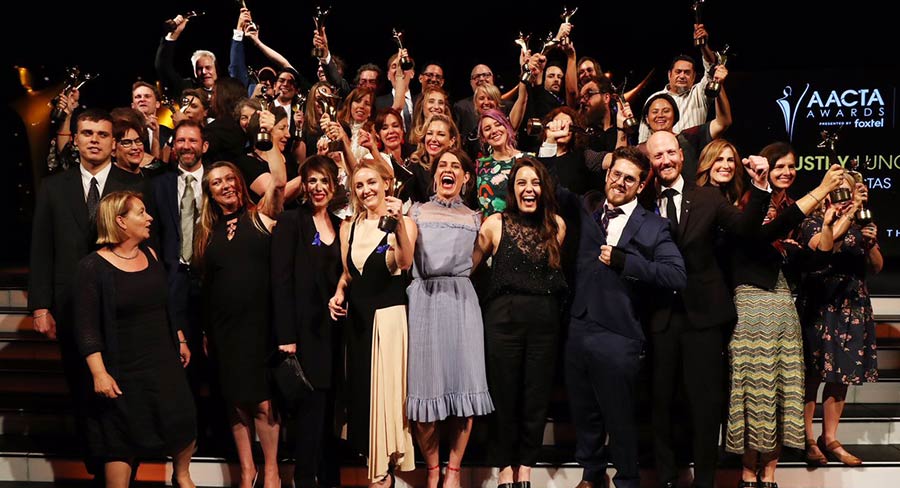 The remainder of this year’s Award winners will be announced at the AACTA Awards Ceremony.

This year’s first AACTA Award winners were announced Monday in Sydney at the 2018 AACTA Awards Industry Luncheon presented by Foxtel, held at The Star Event Centre.

There were 35 Awards were presented during the Luncheon, recognising screen craft excellence across all industry sectors.

The remainder of this year’s Award winners will be announced at the AACTA Awards Ceremony presented by Foxtel on Wednesday 5 December, held at The Star Event Centre in Sydney and telecast at 8:30pm on Channel 7, with encore screenings on Foxtel. Other television Award winners include: Romper Stomper, Hawke: The Larrkin And The Leader, The Bureau Of Magical Things and The Letdown, which took home the AACTA Award for Best Comedy Program.