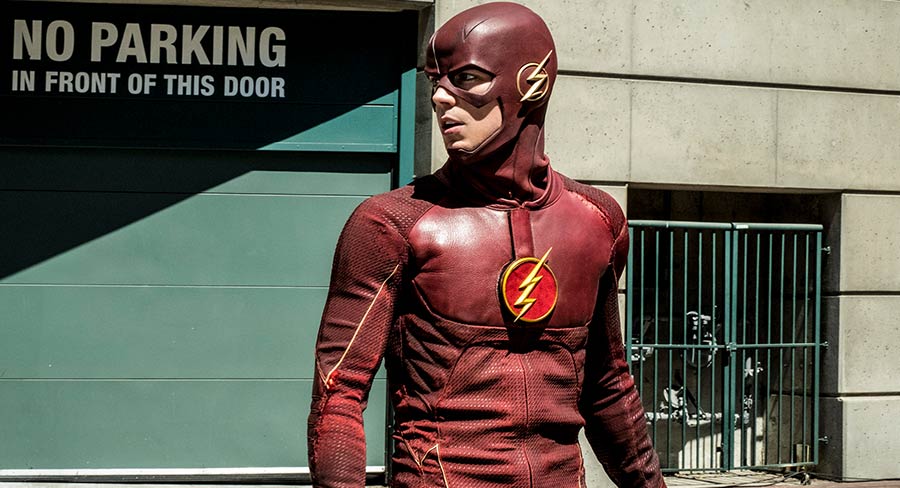 SUCCESSION – from Thursday December 6 at 8:30pm on FOX SHOWCASE

The Roy family – Logan Roy (Brian Cox) and his four children – controls one of the biggest media and entertainment conglomerates in the world. Succession tracks their lives as they contemplate what the future will hold for them once their aging father begins to step back from the company. Set in New York, the 10-part drama from HBO explores themes of power, politics, money, and family. THE MIRACLE – from Sunday December 9 at 8:30pm on FOX SHOWCASE

Written by best-selling Italian novelist Niccolo Ammaniti, who also serves as showrunner, The Miracle is a Sky Italia original, co-produced by Sky and FremantleMedia-owned Wildside. During a raid in the hideout of the fearsome mafia boss Molocco, officers suddenly find themselves before a pool of blood – one not due to any killings but to a plastic statuette of the Madonna. There’s no answer to the mystery, but the power of the enigma brings madness to everyone who comes into contact with it, changing the direction of their lives forever. Stars Edoardo Natoli, Guido Caprino, Alba Rohrwacher, Elena Lietti and Javier Cámara.

Airing over three massive nights in December, the DC Universe intersects in the highly anticipated DC crossover event between three of DC Comics’ most popular shows: The Flash, Arrow and Supergirl. Australian actress and rising Hollywood star Ruby Rose will star as the newly cast, lesbian superhero, Batwoman. Armed with a passion for social justice and flair for speaking her mind, the “out and proud” iconic character will fight for justice on the streets of Gotham to bring an end to the failing city’s criminal resurgence.

Miriam Margolyes (Harry Potter) stars as the forthright and indefatigable Sister Mildred who arrives at Nonnatus House together with four Chinese orphans. With Christmas preparations in full flow and the midwives busy caring for the expectant mothers of Poplar, these unexpected visitors cause joy and chaos in equal measure.

The fifth and final season of the Batman prequel premieres on FOX8 this summer with a promise to “wrap up this unique origin story of the great DC Comics Super-Villains and vigilantes”. The series stars David Mazouz as a young Bruce Wayne alongside Ben McKenzie as Jim Gordon, Camren Bicondova as Selina Kyle and Sean Pertwee as Alfred Pennyworth. In the second season of the acclaimed series, the Runaways have left their homes (and evil parents) behind and now have to learn to live on their own. As they scavenge for food, search for shelter, and take care of one another, the kids begin to realise, for better or worse, they’re stuck with each other. And it’s up to them to take down PRIDE once and for all.

EMERALD CITY – from Thursday January 10 at 7:30pm on SYFY

After being transported from Lucas, Kansas, to the Land of Oz by a tornado, 20-year-old Dorothy Gale sets out to find the Wizard, unaware she is about to fulfil a prophecy that will change everyone’s lives forever.

ROSWELL, NEW MEXICO – Express from the US from Wednesday January 16 at 9.30pm

After reluctantly returning to her tourist-trap hometown, Roswell native Liz Ortecho discovers a shocking truth about her teenage crush who is now a police officer: he’s an alien who has kept his unearthly abilities hidden his entire life, along with those of his otherworldly siblings. She protects his secret as the two reconnect and begin to investigate his origins, but when a violent attack and longstanding government cover-up point to a greater alien presence on Earth, the politics of fear and hatred threaten to expose him and destroy their deepening romance. Roswell, New Mexico is based on the Roswell High book series as imagined by The Originals’ Carina Adly MacKenzie and Julie Plec.

A year after his thwarted attempt to perpetrate a second mass murder in the community of Bridgton, Ohio, Brady Hartsfield (Harry Treadaway) remains hospitalised in a vegetative state. Retired Detective Bill Hodges (Brendan Gleeson) has done his best to move on from his Brady obsession, teaming up with Holly Gibney (Justine Lupe) to open Finders Keepers, a private investigative agency. But when unexplainable occurrences begin to affect hospital staff members attending to Brady, Hodges is nagged by the feeling that Brady is somehow responsible. Based on Stephen King’s best-selling Bill Hodges Trilogy, which includes Mr. Mercedes, Finders Keepers and End of Watch.

In the second season, more mermaids will arrive in the once-sleepy fishing town of Bristol Cove – but are they seeking revenge or is something more catastrophic driving them out of the sea? Marine researchers Ben (Alex Roe) and Maddie (Fola Evans-Akingbola) continue to establish a bond with mermaid Ryn (Eline Powell), not only to protect her but to try to help save her entire civilisation. Ian Verdun and Rena Owen also star.

After spending much of Season 3 without magic, our heroes finally return magic to the world, but Dean Fogg reroutes the flow of magic and gives the group (except Alice) new, magic-free identities, wiping away the memories of their magic life. An ancient, powerful, and un-killable Monster finds a host in Eliot. When Season 4 opens, the Monster is seeking out the rest of the Magicians… and something else…

WAR OF THE WORLDS – January on FOX SHOWCASE

This epic three-part drama series is the latest adaptation of H.G. Wells’s seminal tale – the first alien invasion story in literature. Set in Edwardian England, the series follows George (Rafe Spall) and his partner Amy (Eleanor Tomlinson) as they attempt to defy society and start a life together. Rupert Graves stars as Frederick, George’s elder brother, and Robert Carlyle plays Ogilvy, an astronomer and scientist. The series tells their story as they face the escalating terror of an alien invasion, fighting for their lives against an enemy beyond their comprehension.

THE SOPRANOS 20TH ANNIVERSARY – On Demand in January

To mark the 20th anniversary of HBO’s television classic The Sopranos, every season will be available to stream On Demand in January. The smash-hit crime drama series revolves around anti-hero Tony Soprano (played by the late James Galdofini), a husband, father, and mob boss juggling the problems of his fractious family with those of a family of a different sort – the mob. Exploring personal and professional power struggles, affairs, violence, and betrayal, The Sopranos has been hailed as one of the greatest television shows of all time.

Golden Globe-winning Idris Elba returns to the iconic role of DCI John Luther with a fifth series created by Emmy-nominated writer Neil Cross. Luther and new recruit D.S. Catherine Halliday played by Wunmi Mosaku investigate a series of horrific killings in London. But as the case brings him closer than ever to the nature of true evil, a reluctant Luther must also face the ghosts of his own past. Striding back into the line of fire, he must choose who to protect… and who to sacrifice. Whatever his next move, it will have devastating consequences for those around him – and will change John Luther forever. Starring Jenna Coleman (Doctor Who) and Tom Hughes (Paula). With revolutions on the continent and the Chartist movement reaching its peak in London, Victoria is under pressure from the government to leave London for her own safety and, beneath the façade of their united bond, Victoria’s relationship with Albert is at breaking point. Set in the 17th century, and on the edge of the breathtaking but untamed Virginian wilderness, sits the English colony of Jamestown. This second series continues to follows the lives of three women (Jocelyn, Alice and Verity) as they wrestle with the challenges of creating a new life in a beautiful yet forbidding land. We return to a thriving Jamestown, the tobacco plantations are starting to provide the wealth they promised and trade booms, but the status quo will soon be disrupted by births, deaths, and broken marriages. The power of politics will impact the whole community, as the battle for supremacy continues.