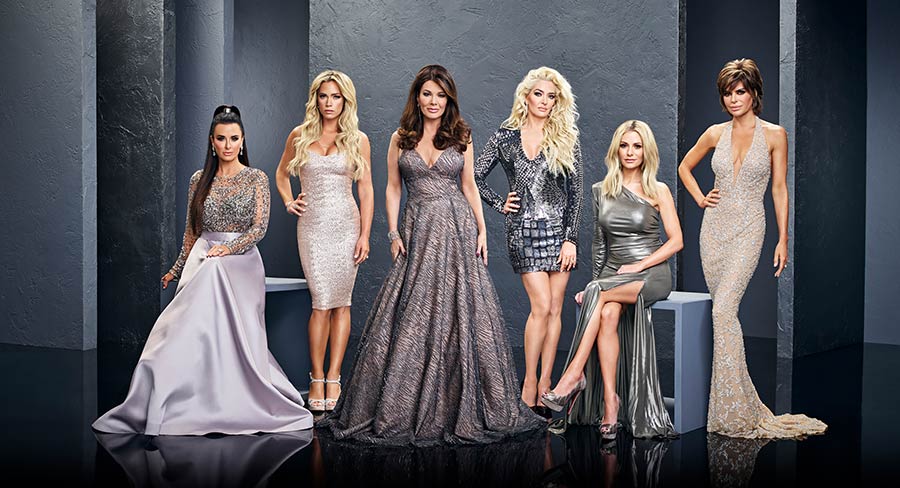 This season of Vanderpump Rules kicks off with the anticipated opening of TomTom. Lisa Vanderpump channels her energy into making sure her newest venture is the epitome of perfection, but when last-minute problems arise, she must assign more responsibility to her junior partners Tom Schwartz and Tom Sandoval – whether they’re ready or not.

Adventure sets sail on the new series Unanchored as it follows best-friends Barrett Young, Chelsi Pugliese, Danielle McNeil, Evan Tauber, Korey Warzala, Max Craddock, Rachel McGowan and Vanessa Cavanaugh as they embark on a life-changing journey filled with wanderlust and self-discovery. Led by their larger-than-life skipper, Captain Jack Royds, the crew attend one of the most coveted and exclusive “floating festivals,” called “The BucketLust” where 350 people and 35 catamarans set sail to breath-taking locales throughout the Bahamas. On this annual trip, these friends jump in feet first by taking on all the work of the crew; from hoisting their own sails and tending the lines, to managing 100% of the cooking and cleaning. Every day brings a new stunning view and a thrilling excursion, but it’s not always smooth sailing for this group, as friendships are put to the test, long-distance couples are forced to see if their romance can survive 24/7 togetherness and fiery exes try to coexist peacefully during their voyage. THE DIRECTORS S1 – from Wednesday, December 5 at 8:00pm on FOXTEL ARTS

This new series looks at the 20th century’s iconic film directors; the real innovators whose breakthrough direction made film into the movies. Their early lives, often escaping war or poverty found expression in theatre, then film, forming the fundamental art that is cinema. Each episode brought to life by Derek Malcolm, Neil Norman, Stephen Armstrong, Dr. Bonnie Greer OBE, and Ian Nathan along with classic moments from each film career. The Directors include Alfred Hitchcock, Billy Wilder, William Wyler, Sam Peckinpah and many more. This season, 15 new talented chefs from cities big and small across the US will compete for the sought-after title amid the unique culinary scenes in Louisville, Lexington and Lake Cumberland, before heading abroad for an epic finale showdown in Macau, China. The Emmy Award-winning series returns with host Padma Lakshmi, head judge Tom Colicchio, Graham Elliot, Nilou Motamed and Gail Simmons. Padma and Tom continue to keep the chefs on their game with an exciting season full of curveballs, double eliminations and the earliest and first ever three team Restaurant Wars. The cheftestants work to impress the judges and notable guests as they bet it all at Kentucky’s famous racetracks, Churchill Downs and Keeneland, cook for Laila Ali at the Muhammad Ali Center, and compete in a buzzer beater showdown for roaring fans at the University of Kentucky’s Rupp Arena with Hall of Famer, Coach Calipari. THE DAY THE ROCK STAR DIED S1 – from Thursday, December 13 from 8:30pm on FOXTEL ARTS

The Day the Rock Star Died will explore the storied lives, rich musical legacies, and tragic ends of some of the biggest and most treasured superstars in music history. The series will take you on an in-depth journey of 15 artists who made deep impacts on the face of music and left an indelible imprint on the hearts and lives of fans around the world. Music legends featured in Series 1 are Janis Joplin, David Bowie, Buddy Holly and Jimi Hendrix, Keith Moon, Amy Winehouse, Whitney Houston, Elvis Presley, Michael Jackson, John Denver, Johnny Cash, Hank Williams, George Michael, Michael Hutchence and Tom Petty.

The hit series returns for a fifth season with even more high stakes procedures and jaw dropping reveals. Dr. Terry Dubrow and Dr. Paul Nassif will continue to change the lives of their patients as they come face to face with the most complicated reconstructive surgeries they’ve ever been challenged with.

MTV’s 18 of 18 brings viewers the biggest moments and music of 2018. From break-outs, beefs and bangers, it is all here. The only question is – which artist will take out the number one post.

THRONECAST: GAMESHOW OF THRONES – from Monday, December 17 at 8.30pm on FOX SHOWCASE

Sky Atlantic’s Thronecast returns, but this time it’s changed! Thronecast: Gameshow of Thrones is a quiz show hosted by GoT super fan Sue Perkins. Celebrity fans and cast members will be battling it out in their Houses to see who knows as much as the three-eyed raven and who’s a bit more Jon Snow.

ROYAL VARIETY PERFORMANCE – Express from the UK, Thursday, December 19 at 8:30pm on UKTV

Actor and comedian Greg Davies hosts this year’s Royal Variety Performance, in the presence of members of the Royal family. Stars appearing include the multi-award-winning Take That, the West End cast of the phenomenal hit musical Hamilton, chart-topper George Ezra, the West End cast of Tina – The Tina Turner Musical, and the legendary Andrea Bocelli and his son Matteo.

Join Paul Murray this News Year’s Eve for a special edition of Paul Murray Live from 9pm, covering all the celebrations taking place across the country. We’ll cross to reporters LIVE around the nation as the clock strikes midnight and fireworks take off.

She’s the undisputed queen of pimple-popping and a bona fide global sensation with over 4.4 million YouTube subscribers, and following the success of her one-hour special, Dr. Pimple Popper is back. This eye-popping series shares a window into Dr. Sandra Lee’s world as a busy dermatologist. Her ‘popping’ videos have become a cult phenomenon on YouTube, with an enormous 2 billion views (and counting) from a growing community of popaholics who love to watch her perform extractions. At her California-based dermatology clinic, she never knows who will come in on any given day and what she’ll need to do in order to help them fix their problems and transform their lives.

AMERICA’S GOT TALENT: CHAMPIONS – Express from the US from Thursday, January 10 at 7:30pm on FOX8

This America’s Got Talent spin-off features the ultimate display of talent, as the most memorable acts and extraordinary performers from previous seasons return to the stage to compete in hopes of taking home the first-ever winter title of AGT Champion. Favourite contestants from other international Got Talent franchises, spanning 184 countries across the globe, also join the fray, showing off their talents for a whole new audience. Hosted by Terry Crews, with judges Simon Cowell, Howie Mandel, Mel B and Heidi Klum.

Michael McIntyre is back with a new series of dodgy dancing, celebrity guests and ‘make-your-face-hurt’ laughter! Timeless, hugely enjoyable and perfect for gathering a family together, Michael McIntyre’s Big Show will warm your heart and make you laugh until your face hurts.

AWARDS SHOWS – on Foxtel this summer

Actress, singer, and entrepreneur Lindsay Lohan will expand her empire on the luxurious island of Mykonos with the launch of her new club, Lohan Beach House – but she won’t do it alone. Lohan’s handpicked team of young and hungry VIP Hosts will assist and do whatever it takes to secure Lohan’s name as the first and last word in vacation luxury. But when the lines between romance, friendship, and work get blurred, the staff will quickly learn that when it comes to Lindsay Lohan, the bar for excellence is high, the margin for error is slim, and job security is the ultimate fiction.

TOTAL BELLAS S4 – coming soon to E!, Express from the US

The hit series following the lives of WWE Superstars Nikki Bella and Brie Bella returns for a fourth season.