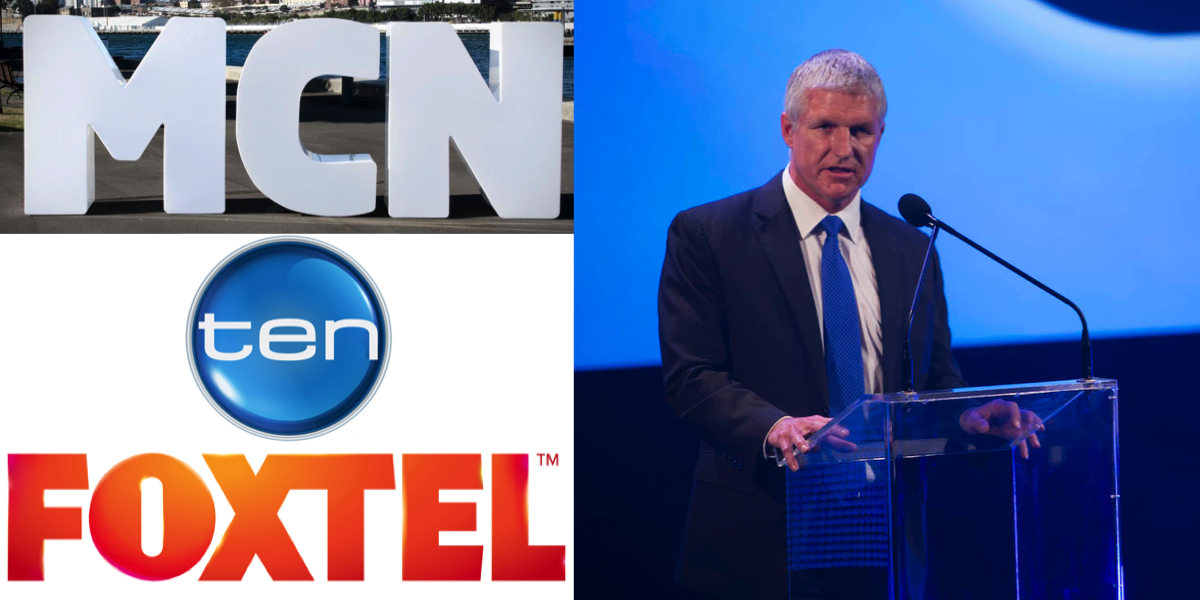 The move by Foxtel to invest in Network Ten has major ramifications for the advertising market, with the Foxtel/Fox Sports-owned MultiChannel Network (MCN) to represent all the Ten Network assets in addition to its existing properties.

MCN chief executive Anthony Fitzgerald has been working on the project for quite some time and sounded relieved this week as it looks like getting across the line subject to regulatory approval. “It’s been a labour of love,” he admitted to Mediaweek.

“In the 11 years since I left Channel Seven I have been a great believer that all of television – Free TV and subscription – should work together to promote the power of the medium. There have been extraordinary increases in competition, but television in total is still the most powerful communications medium.

“As far as the audience is concerned it is all just television. It is fabulous that this deal will now be able to accelerate the breakdown of those barriers.”

It is hard to imagine that the other free-to-air broadcasters will be welcoming the new ad sales conglomerate with open arms…or maybe they will? “I hope we will see television working together,” said Fitzgerald. “I don’t want to speak on their behalf, but I know Seven and Nine have really changed their attitude towards the idea of television working together. The combined MCN-Ten offering will be a fierce competitor to Seven and Nine, but the idea of television coming together to more effectively promote the medium will probably just be around the corner.

“While linear television is facing some challenges, total viewing of TV makes up the vast majority of all video viewing on TVs or other devices. There will come a time when the definition of the television industry will have to change.”

Fitzgerald said one of the real opportunities out of this ad sales merger is the TENplay product which he said is getting better all the time. “It has strong growth potential especially when you consider what we have to offer with Foxtel Go and our VOD and streaming offers via the set top box. You put all of that together and it is a very different universe to what we had only a short while ago.”

The combined revenue of the MCN and Ten Network sales offer is over $1b. Advertisers investing those funds in future will be able to take advantage of what MCN’s Multiview is able to offer from September 1. “All viewing is measured in Foxtel households and that includes Ten Network. The ability to use that data and knowledge about the consumer segments and apply them to Channel Ten will be available when we take over representation. Multiview is now in 110,000 households and is a very extensive panel.

“In the case of Landmark, MCN’s programmatic platform, Ten has been available on a system called IBMS. What we need to do is get together with Ten staff and work out how quickly we can integrate Ten into Landmark. That is very high on the agenda but we are not yet really certain of how long it will take.

Regarding revenues plans, Fitzgerald mentioned two strategies. “One is a revenue retention strategy to ensure existing advertisers return. We are also looking at the development of a growth strategy.”

Fitzgerald told Mediaweek there have been a number of factors that will continue to make the ad market “challenging”. He thinks the overall ad market will continue to grow. “Traditional media will be under pressure, but television in a total sense from FTA, subscription and other related broadcast video will perform pretty well. The audiences this year have come off a bit, but it is a bit cyclical given some shows haven’t fired as they have in the past.” He was confident there will be some new big shows that will reverse that trend. “There is fragmentation of audiences at the younger end of the market, but those viewers are watching a lot more TV content online.”

As to the analysis of monthly SMI TV performance, Fitzgerald thinks the focus on this is too short term. “Monthly SMI results being used as the core measure of long-term performance just doesn’t make sense.”

He used the example of Nine being down in May, reminding us that they didn’t have The Voice on air this year in that month. “Shows do move around in schedules and that is going to affect the month-on-month revenue performance.” He also noted MCN had some dips in revenue after some of its shows weren’t in the same place year-on-year.

Advertisers get on board

Fitzgerald noted MCN hadn’t been raising details of the plans with agencies previously because of confidentiality. But he said they had been bringing it up with MCN. “The level of support across the market is very strong. The notion of bringing the two businesses together provides greater efficiencies for the agencies and eventually the ability to buy MCN and Ten through one system such as Landmark. They are excited about the prospect of what Multiview can bring for the buying of targeted campaigns. All advertisers need strong media companies to deliver great content to engage with consumers. Without that proposition it is difficult for advertisers to sell product.”

The deal between Foxtel and Ten will see Ten acquiring 24.99% of MCN, but there has been no detail yet how that investment will be made or how much it will cost. Expect some detail about that agreement closer to the September 1 representation date.

MERGING TEN AND MCN: The majority of the 160 Ten Network ad staff are expected to move to MCN. “People are our highest priority,” said Fitzgerald, noting it was too early to comment on exact numbers. “We are working through a detailed transition plan to ensure a seamless service for all Ten clients across Australia.”