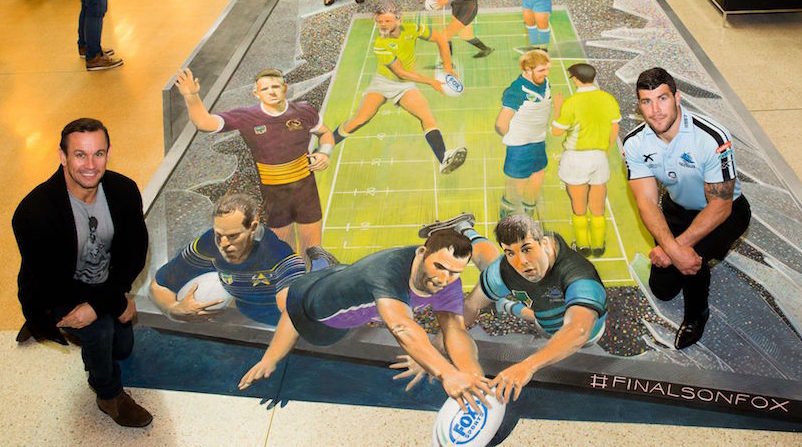 Fox Sports will broadcast every Finals match across September live

For the first time, Fox Sports will broadcast every Finals match across September live, with no ad breaks during play and in HD on a dedicated 24/7 Finals pop-up channel.

To mark the occasion, a specially commissioned piece of 3D pop-up perspective artwork measuring 10-metres long and featuring all eight clubs competing in the Finals was revealed this morning at the launch.

Created by renowned Sydney artist Anton Pulvirenti, the artwork showcases some of the most memorable moments from 2016, fronted by a collection of players who were inspirational in guiding their club to the Finals.

Speaking at the launch, Fox Sports commentator Johns said: “It’s been an incredible year of football and we’ve witnessed so many great moments – some of which are captured here today. It’s sure to be a sensational Finals series on and off the field, with Fox Sports gearing up to deliver every match live, ad break-free during play and in HD across September for the first time.”