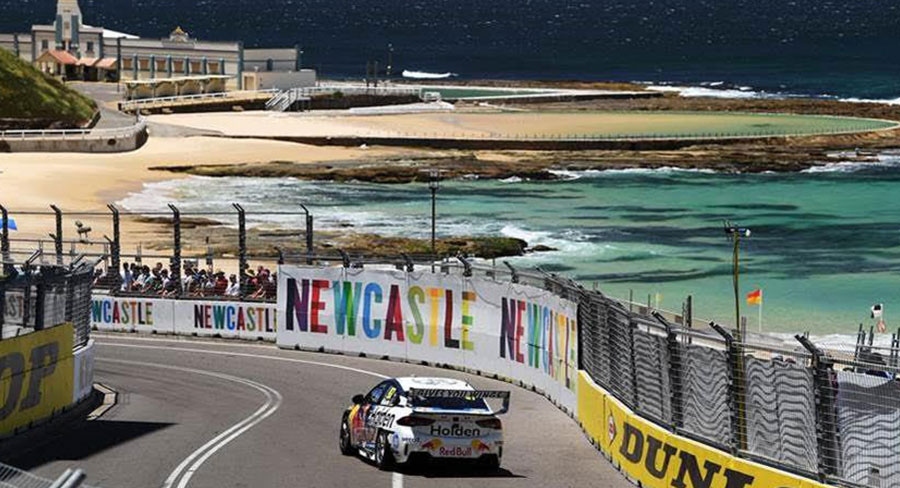 With one event left before the summer break for the 2019 Supercars season, drivers are all set for the 500km street fight in Newcastle this weekend, with Fox Sports the only place to watch every session live and ad-break free during racing.

(Network 10 will have live coverage on Saturday and Sunday.)

Although the 2019 Drivers title is safely in Scott McLaughlin’s hands, a classic Ford vs Holden battle will take place between Shell V-Power Racing and the Red Bull Holden Racing Team for the Teams’ Championship title.

From Thursday at 4.30pm, Supercars Trackside will be live from Civic Park in the heart of Newcastle with every driver on hand when Fox Sports host Jess Yates is joined by Craig Lowndes and Mark Skaife to preview the season finale and open bidding for a special item to raise funds for the NSW/QLD Bushfire Appeal plus Lee Holdsworth announces his 2020 team. 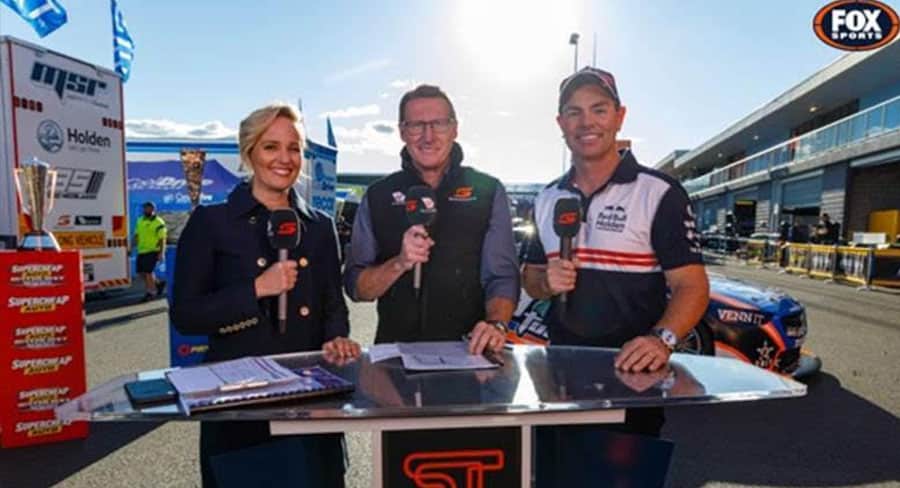 Drivers will take to the track on Friday on the scenic coastal circuit for two practice sessions at 11.30am and 3.25pm. Plus the Super2 Series, Aussie Racing Cars, Toyota 86 Series and the SuperUtes Series will add to the racing action all weekend.

On Saturday, Supercars Qualifying and the Top 10 Shootout will show who’s the fastest in the field before it’s time to settle some scores in the first of two 250km at races at 4.15pm.

Then on a mega Sunday of racing for the last day of the season, Qualifying and a second Top 10 Shootout will lead into the final race of the 2019 season at 4.15pm.

In the Fox Sports studio at Newcastle, Yates, Skaife and Lowndes will cover every angle before and after each session and will be joined by 2019 champion Scott McLaughlin in-studio after Sunday’s race in Supercars Trackside. 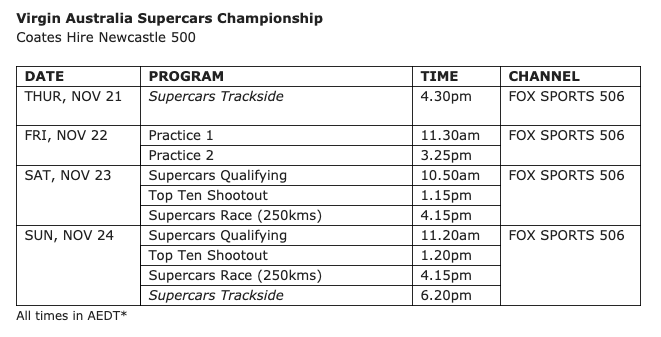