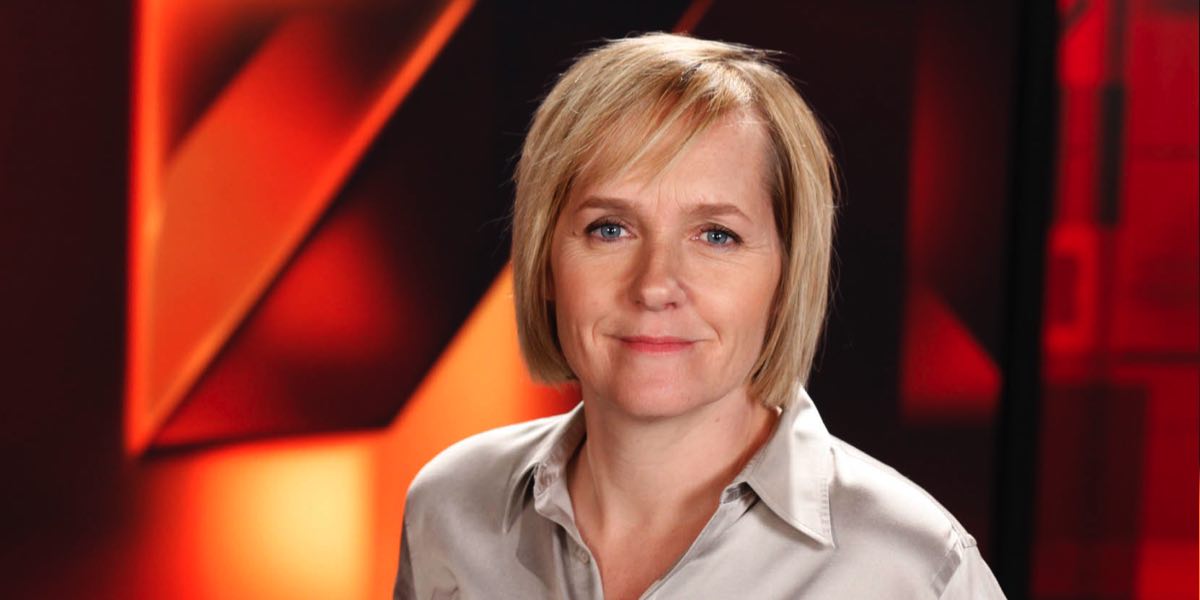 Just a weekend away from sitting on the Four Corners presenter’s chair for the first time, new host of the ABC current affairs show Sarah Ferguson spoke to Mediaweek.

“If you record, you don’t mind if I eat a mandarin do you?” were the first words Ferguson said when the conversation began.

“Four Corners is a place I know well so I am not going into a new program. It is not so nerve-wracking, but a little bit of nerves keeps you sharp,” Ferguson admitted.

This is not Ferguson’s first hosting gig at the ABC. She filled in for Leigh Sales as the 7.30 presenter in 2014. She then produced and hosted a three-part series on the key events of the Rudd-Gillard government in The Killing Season, which went to air last year.

Ferguson was the  brain behind some notable investigative pieces like A Bloody Business, her 2011 report for Four Corners exploring the cruelty inflicted on Australian cattle exported to the slaughterhouses of Indonesia, and she refuses to be bound by the presenter’s chair.

“No, I am going to keep on reporting. It will just be a question of how much I do and when. However, I can’t give that up – it’s in my DNA,” Ferguson declared.

“I will be doing that when I move into an old people’s home. I’ll be trying to find out who is supplying the food, why it’s so awful, who is ripping off the old people’s home, and who is doing what to whom – that will never cease.

“That will be in a 150 years’ time, but still that’s what I will be doing,” Ferguson remarked.

Four Corners is like the “sculptures of Colossus or colossal Greek statues hewn out of marble”, said Ferguson. “This is the reputation of journalism in Australia like no other, and in the world, because there are very few programs left that have maintained their commitment to primetime and long-form the way the ABC has with Four Corners.” Currently, the 55-year-old program airs on Mondays at 8:30pm with repeat telecasts throughout the week. The timeslot is a big contributing factor to the show’s success, Ferguson said.

“Being in that slot is very important. The BBC took Panorama and put it into a much less high-profile timeslot and it hurt Panorama a lot. If you move it, it will hurt it of course.”

“The possibility of falling off the highwire makes it good to watch.

“There is a reason why people like highwire action circus: You can cock it up, the interviewee can make a mistake, they have to be able to correct it on their feet, you have to be able to be get in and move very fast, there is no time to rethink a question and come back again. I mean you can, but you have to do it while you are talking.

“If I had the choice, I would do everything live,” Ferguson said.

Ferguson’s love for live interviews persists, despite the headlines and opinions she captured, good and bad, during her time as the host of 7.30 for her interviews with the likes of then-treasurer Joe Hockey and the leader of Palmer United Party, Clive Palmer.

“I don’t like it. You can’t avoid it and you shouldn’t avoid it in those positions. The most important thing is – and this was very obvious when we did The Killing Season – it’s not about you,” Ferguson said.

“You have to live with the attention, good and bad, but the most important thing to remember is, you are there on behalf of everybody else. You are there to do the job for them,” Ferguson continued putting an emphasis on for, “to ask the questions they would want to ask if they had the opportunity.”

“What if you fail? What if you fall over and make a fool of yourself? It’s only transitory. You are not going to die from it. So, that means, in my book, you can take a lot more risks, because what’s the worse thing that can happen?”

Having worked as reporter on Four Corners, Ferguson understands the pressures on journalists and producers well.

Production on Four Corners is like “having root canal therapy and an emergency appendicitis in a public place”, Ferguson said.

“Being clear about what the story is very early on is very important, because time is against you.

“When people come to Four Corners from newspapers they get a terrible shock. The quality of the work is exactly the same, but there is such a lot to be put into that time frame so you don’t have time to go and visit people in the same way that you can maintain contacts as a newspaper reporter. You have to conceive the program both as an investigation and as a visual thing.”

And what keeps Ferguson going?

“I am driven by the mystery of the human condition. It is endlessly interesting.”