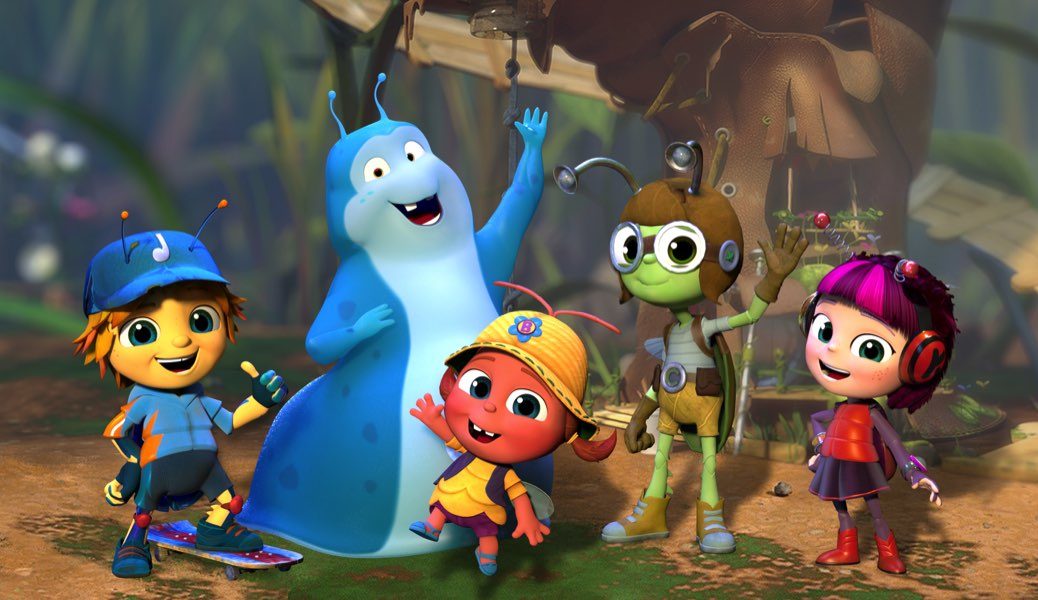 • New animated series Beat Bugs brings together Grace, Netflix, Seven, Beyond and Thunderbird
• Music of The Beatles to be sung by Eddie Vedder, P!nk, James Bay, Sia and many more

Netflix, Grace: A Storytelling Company (Grace), Thunderbird and Beyond Screen Production have announced that the highly anticipated children’s series Beat Bugs will come to Netflix this summer. Beat Bugs features original characters and a world created by Josh Wakely, who will direct, write and produce the series, following a deal with Sony/ATV Music Publishing for worldwide rights to record covers of the Beatles song catalogue for this production.

Seven Network partnered with Grace as the original investor and broadcast partner for the project.

It seems SVOD rights in Australia will be shared by both Presto and Netflix.

Tim Worner, CEO and managing director of Seven West Media, said: “We are very excited to be a part of such a terrific project. We loved the concept from the moment it was presented to us and we jumped in as the original investor and broadcast partner. We are making significant progress in building our presence in international markets with our two joint venture businesses – 7 Wonder and 7 Beyond – securing significant commissions in the United Kingdom and the United States. We are also seeing increasing demand for our owned and created content and concepts.”

Mikael Borglund, chief executive officer and managing director of Beyond International, said: “Beat Bugs is a ground-breaking animation series that demonstrates Australian producers can create and execute programs for the world market. The series will be screened across multiple platforms over the world in the next few years and be enjoyed by many generations of kids and adults.”

Beat Bugs incorporates songs from the Lennon/McCartney Northern Songs catalogue, to tell uplifting and life-affirming stories filled with hope and melody. World-leading artists, animators and writers have come together to work on this extraordinary show.

The show will feature some of the most well-known Beatles songs woven into the narrative of each episode, with Eddie Vedder, P!nk, James Bay, Sia, The Shins, Of Monsters and Men, Chris Cornell, Regina Spektor, James Corden, and Birdy each recording their rendition of an iconic song. Further artists joining the project are expected to be announced in the coming months. The songs featured include “Help!”, “All You Need Is Love”, “Come Together”, “Penny Lane”, “Yellow Submarine”, “Lucy In the Sky with Diamonds”, “Sgt. Pepper’s Lonely Hearts Club Band”, and “Magical Mystery Tour”.

“It’s a rare occasion to be presented with a truly one-of-a-kind children’s show that is so perfectly suited to Netflix,” said Andy Yeatman, director of original kid’s content at Netflix. “Josh and his team have not only developed a compelling children’s show filled with life lessons, but they’ve built a show that will transcend generations and have parents and grandparents enjoying right alongside their little ones.”

Josh Wakely says: “Bringing Beat Bugs to life on Netflix and having a platform to reimagine this universally acclaimed music for families around the world is an exhilarating and rewarding experience. Our partners have been fantastic in making this concept a vivid reality, and this is a great example of the innovative and fresh storytelling at the heart of Grace’s ethos.”

This marks the first project from Wakely’s independent film and television production and development banner, Grace: A Storytelling Company (Grace) – which he co-owns with Beat Bugs executive producerTrevor Roy.

In addition, award-winning film and TV production group Thunderbird has come on board as a co-production partner, alongside Beyond Screen Production. Atomic Cartoons, a Thunderbird-owned studio, is working on animation for the series.

The series is represented worldwide by Beyond Distribution.