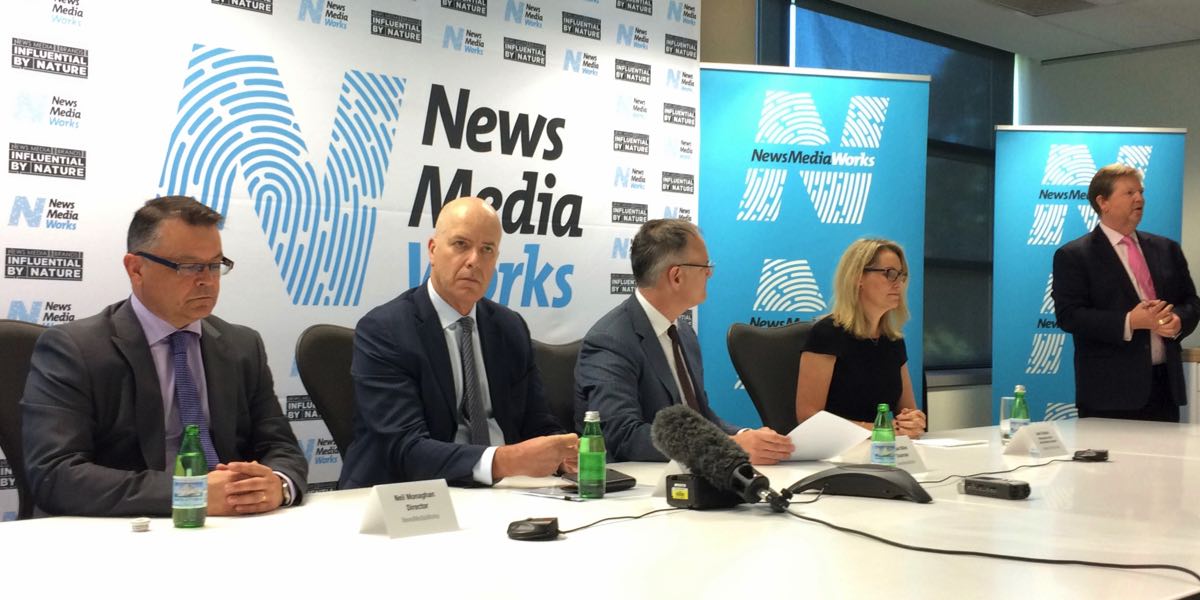 Fairfax boss on forced redundancies: “Those sorts of tough decisions you have to make to secure the long-term health of the industry”

Earlier in May 2016, about 30 full-time editorial staffers were shown the door. As reported in the last issue of Mediaweek, the move was made after the publisher failed to meet its targeted job cuts through voluntary redundancies. Victims of the axing included people in senior positions – The Sydney Morning Herald media editor Dominic White, economics editor Alan Mitchell, and cartoonist Rod Clement.

In the week that this news came out, Fairfax Media CEO Greg Hywood was present for a media briefing at the NewsMediaWorks (previously called The Newspaper Works) office in Sydney. During the session, NewsMediaWorks released a new quarterly ad revenue report called News Media Index. The report showed that Australia’s news media sector accounted for $2.4 billion in advertising revenue in 2015.

Following the name change and the new report announcement, Hywood was in the firing line. He faced many questions about the forced redundancies and what message they are sending to the market and the readers.

During the media briefing it was stated the industry is healthier than what was previously speculated. How do the entrenchments at Fairfax support this claim?

The industry is going through a lot of change and we’ve seen that over many years. No one likes redundancies. I feel for everybody involved in that. Notwithstanding, those sorts of tough decisions you have to make to secure the long-term health of the industry. What these figures show is that we are at a good place, and we can look to the future with some confidence.

Is Fairfax Media damaging its brand by axing so many jobs?

What we are doing at Fairfax is securing the quality of our journalism. People say, is journalism going to be damaged? What we are saying is that we focus on delivering the best quality journalism we possibly can. And we have a belief that we have quality staff that can deliver that well into the future. The volume changes, the number changes, but the commitment doesn’t. Our investment in making sure that will continue to occur has not changed and will not change.

Do Fairfax’s digital properties have the power to stand on their own two legs without the support of print?

All publishers now get revenue and mass audience across multiple platforms. The mix of the audience and where it comes from has changed dramatically. The decisions we make in our business really reflect the consumers’ habits. If 60-70% of your audience is consuming journalism on digital platforms, clearly you have to provide that offering. The economics of digital platforms is different to print so you have to adjust your decisions accordingly. Every publisher has to do that.