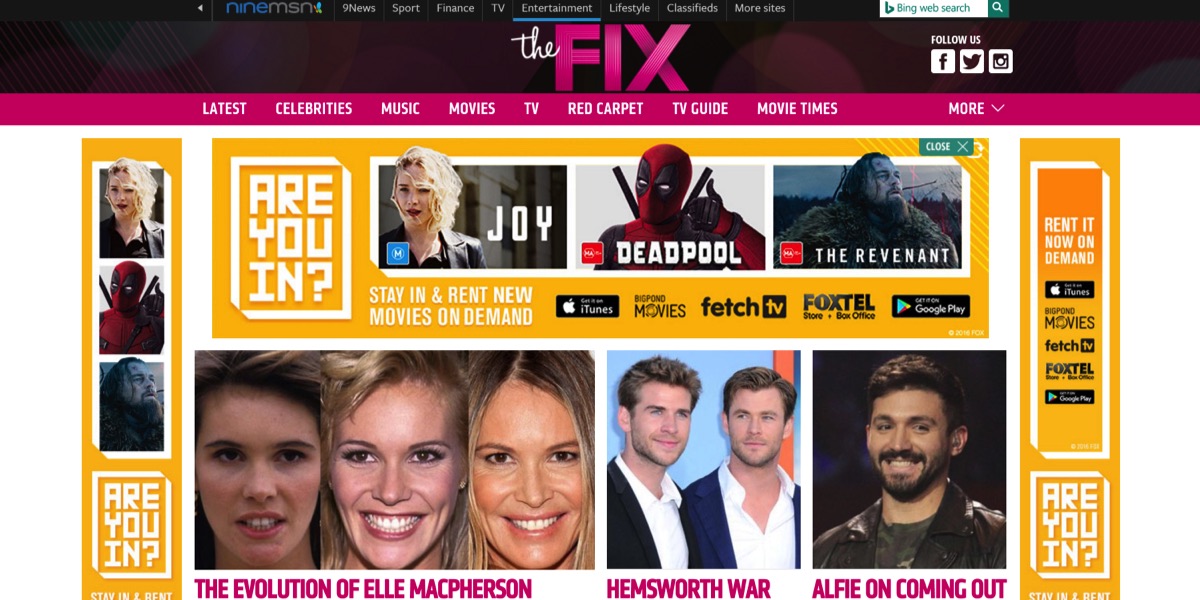 The plan at the moment is to build up the profile of The Fix as a brand in its own right. Much of the traffic of the site, owned by Nine Entertainment Co digital brand mi9, is still delivered through the NineMSN website. But that is changing, with social media now driving considerably more traffic to the pop culture and entertainment site.

The increase in social traffic is a by-product of efforts made internally to better resource the site. Several members of mi9’s social media team now sit within the same team as the editorial staff, while the site itself has seen improvements with a new mobile-friendly responsive design and a new content management system powering its back end.

“Stories that touch on 90s nostalgia are always very big with our readers because it taps into their personal growing up experience, their coming of age experience with celebrity”

NineMSN managing editor Emma Chamberlain explained the redesign was part of a broader effort to clarify what The Fix offered its readers: “We want The Fix as a name to get more of a profile, become a stronger brand than it already is. It’s important to keep it simple.”

The branding of The Fix has also been simplified, removing awkward distinctive masthead brands for its music, movies, and TV sites to bring them all within the cleaner The Fix branding. Some of the site’s legacy brands will continue, however. The long-running yourtv.com.au brand, for example, will be retained – if only for its powerful SEO value.

Chamberlain is adamant that in order for the site to exist, the team needs to be focused on the site’s data and the metrics they see from the site itself and through social discussions, while also ensuring that the editorial team’s interests and personality are reflected through the site.

“It’s really important to put a bit of yourself on the page as well. We want the editors and the editorial team generally to get going on a topic or story that means something to them and then figuring out what we do with that. Otherwise you run into difficulty because you’re not taking your audience anywhere. You’re not putting yourself on the page and therefore, how are you going to be distinctive?

“I think the guys try to balance the data they have coming in against what you instinctively know as a journalist to be a great story. Pretty much, the two often coincide. Now and then there might be something that tanks. But c’est la vie.”

From a content perspective, the secret sauce for a site like The Fix is unapologetically embracing pop culture-fuelled nostalgia.

“Stories that touch on 90s nostalgia are always very big with our readers because it taps into their personal growing up experience, their coming of age experience with celebrity,” explained NineMSN entertainment editor Jeremy Helligar. 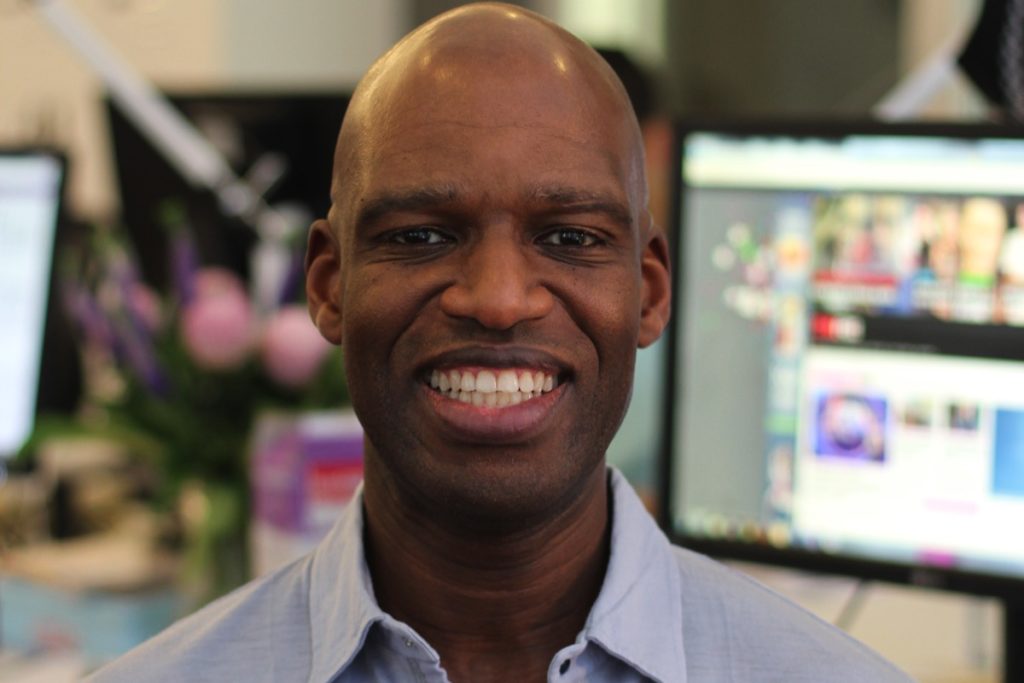 Articles about Friends, Buffy The Vampire Slayer, Gilmore Girls, Dawson’s Creek, and other shows of that era are huge traffic drivers to the site, alongside current entertainment stories. While Helligar has a good sense for which stories will perform well on the site, he admits that there are some stories whose success is completely out of left field.

“I can understand a slide show on what happened to cast members of the Gilmore Girls. It doesn’t surprise me when that is a success. But sometimes I will admit when we get high traffic on certain 90s stars who aren’t doing well. I remember one of the biggest shocks I had was when we did a story on Neve Campbell from Party of Five and I was shocked at how well that story did.

“I imagined that Party of Five would be something our readers would remember fondly, but I didn’t think they would be that interested in [series star] Neve Campbell. Another one that has been doing really well for us lately has been [conservative political spokesperson and former Clueless star] Stacey Dash. She’s the gift that keeps on giving. Every interview she does, she says something more outrageous than her last interview. I still haven’t quite figured out if part of the appeal is how outrageous the things she says is or if a lot of people just remember Clueless,” Helligar said with his distinctive deep laugh.

The interest in 90s nostalgia is in line with the demographics of the site’s readership. “Our audience is not evenly split between male and female. But it’s getting very close to that. We have an audience that’s 56% female and 44% male. The general age is quite wide between the ages of 25 and 54,” Helligar explained.

While nostalgia is a traffic driver, Helligar advises that it is a mistake to rely on that alone. Reality and social media stars are of interest to the readership of The Fix, such as celebrities like Amber Rose and Blac Chyna. There are also the big celebrity stories that one would presume attract interest, such as the recent split between Johnny Depp and Amber Heard.

There is also room for features on the site featuring older stars whose celebrity has faded in recent years. Every Friday the site runs a feature that shows photos of a celebrity aging over the years. A recent focus on Ray Liotta performed well. “He’s not someone that would normally be a Fix story, but it’s an example of how readers will embrace everything if there’s a good story tied to it,” Helligar said.