Given the upcoming election and the cold winter weather, it’s only fitting that sport, politics and Game Of Thrones dominated the Nielsen Twitter TV Ratings last week.

In sport, Qld’s Origin victory held the top spot, #2 on the list overall. It saw 13.8k authors send out 46.5k tweets about the game. Unsurprisingly, the Cavs’ NBA comeback victory against the Golden State Warriors came next on the list, followed by the 2016 NBA Draft. 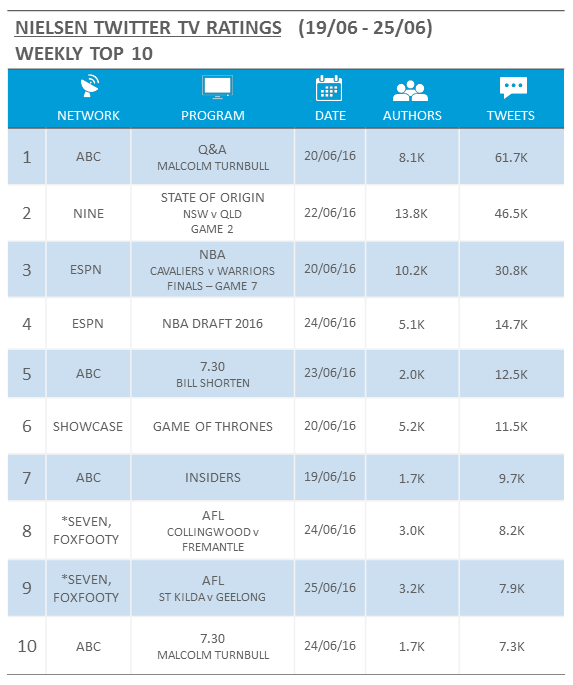