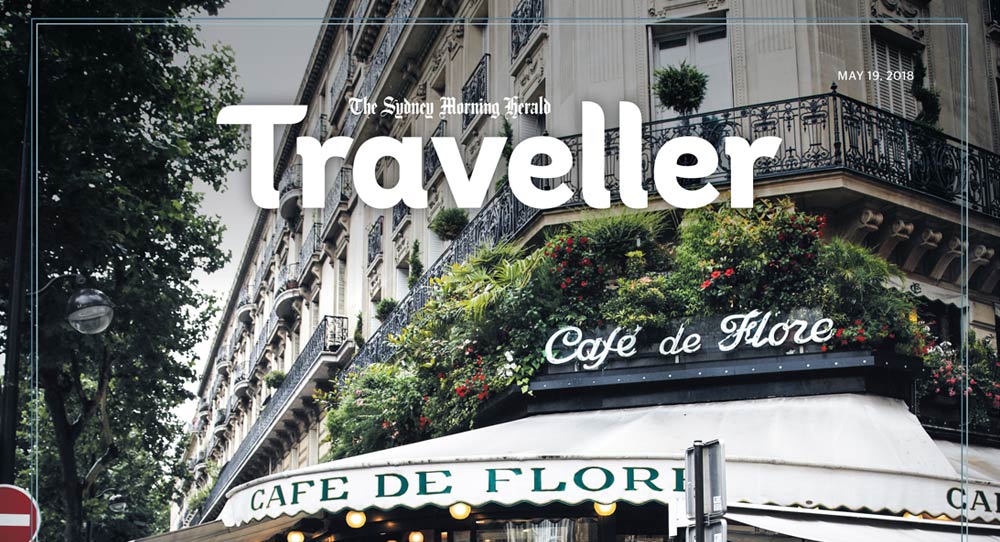 One of the biggest success stories at Fairfax Media in the past decade has been the readership and revenue growth for its Traveller section. The pull-out section is now published in The Sydney Morning Herald and The Age every Saturday and Sunday.

This weekend the title is publishing its first all-glossy liftout magazine called The Europe Issue.

Mediaweek visited Traveller editor Anthony Dennis this week at Fairfax Media to speak about the special issue and how telling people about airline seats, hotel rooms and exotic destinations has blossomed into a multiplatform adventure with diverse and growing revenue streams.

Dennis joined the brand as editor just over five years ago. “We have been able to capitalise on Australians’ interest in travel,” Dennis told Mediaweek. “It now means so much to Australians. If you look at the list of discretionary choices of expenditure by Australians, travel is right up there – almost too high perhaps when it ranks above tertiary education!

“Travel sections in general in Australia are a world phenomenon, not just domestically. We have had weekends where we have produced over 100 pages of travel content, which is unrivalled to my knowledge in the English-speaking world. The nearest best comparison would be the UK.”

The Traveller section has attracted much advertising and Dennis explained it is a very competitive sector as advertisers chase a large pool of revenue. “We have certainly been a beneficiary of that competition.”

Dennis was also cautious about riding the wave. “Publishers can benefit from a boom in a sector like travel but if they don’t have the product and the content to publish then they won’t be a beneficiary.”

Traveller offers information and ideas for anyone contemplating a journey each weekend including cover stories that can run for four, five or six pages. “That’s a product of having, unlike some of our competitors, strong advertising support, which lets us run substantial book sizes.”

Dennis said key to big online traffic is the amount of editorial about flying internationally. “Air travel drives an enormous amount of traffic,” admitted Dennis. “Because so many of us travel, we all have an opinion about airlines and airports. Air travel stories rate exceptionally well, which is why you see so many. We did our first air travel edition earlier this year and we have another planned for later in 2018.” Fairfax Media has had travel sections for close to a quarter of a century in its major metro daily newspapers. Ten years ago the product was relaunched as Traveller when the papers converted to compact formats.

“Everything in print also goes online,” Dennis explained. His insiders tip for people who don’t want to wait for Saturday and Sunday every week – much of the content is published online prior to the weekend.

“Some of our stories appear right across the Fairfax digital network around Australia and in New Zealand. The Traveller reach is a lot wider than it might seem.” There are also extra stories that work best online and don’t make their way into the print editions.

The newest addition to the Traveller stable is Traveller Tours. “Newspapers really do need to look at new revenue sources and new ways to engage with the reader. Our writers have so much experience and Fairfax has so many connections with specialists in different countries. The idea is to take the Traveller brand and make it a living thing via tours, which we can promote to readers.”

Dennis has been on one tour and will be part of two more in the future. “It was pretty much a career high for me to walk onto the ship and see our readers who have paid a considerable amount for the trip. We had 100 readers on our first trip – that was very successful.

“Both The Telegraph in the UK and The New York Times also offer regular tours, which have become a regular reader service.”

Dennis told Mediaweek that Traveller mainly uses freelance writers. “Because of the size of our sections, we are able to give them so much work that a lot of them work almost exclusively for Fairfax. Many of those writers have worked with us for some time, throwing them challenge after challenge, and they happily respond.”

Traveller looks to other Fairfax brands too for content opportunities. “So far this year we have collaborated with Good Food and Good Weekend. Combining the brand power of both makes a lot of sense.”

Dennis didn’t see a reason why future collaborations couldn’t be undertaken with Spectrum, Sunday Life and maybe even The Australian Financial Review. “All those titles touch on travel in some way and there are great opportunities.”