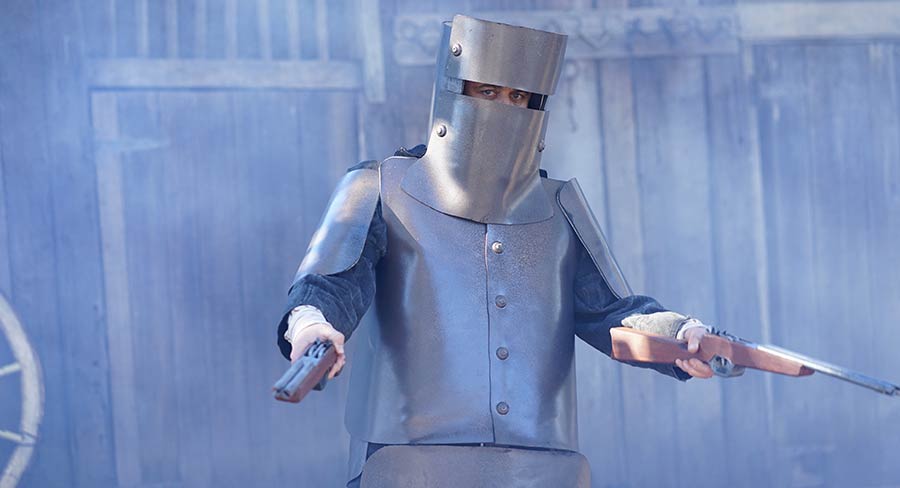 “If you are not running in this industry you are dead,” said Chris Culvenor this week. He had just hopped off a plane from Sydney where he had been readying the Pilot Week episode of Drunk History for broadcast.

Culvenor, along with his production partner Paul Franklin, are the co-founders of the growing production company Eureka.

“We are pretty busy and generally happy with how it is all going,” Culvenor told Mediaweek.

Eureka launched close to two and a half years ago and has offices in the US and Sydney. “Launching a new company is problematic and always difficult, but I wouldn’t trade it for the world.”

Culvenor knows Drunk History well, calling it one of the most successful comedy formats in the world. “It has been nominated for four Emmys as Most Outstanding Sketch Comedy. It is a very, very simple idea and when executed correctly it is very funny.

“It has been translated to the UK and translated to Brazil and Mexico. We have a great relationship with Viacom, owners of the format, after doing shows with them in Australia and the US.

“We are using the format as a starting point, but we are finding an Australian voice for it. We knew it would be a good fit for this market.”

Rhys Darby and Stephen Curry are the hosts of the Australian version. In the cast of Drunk History are Gyton Grantley, Ryan Fitzgerald, Anthony “Lehmo” Lehmann and Greta Lee Jackson. Culvenor is pleased to see the show sit within Pilot Week, noting the good relationship Ten and Eureka have had. “We love the idea of taking programming risks with slightly edgier and non-traditional shows.”

Culvenor calls himself a Drunk History super-fan and is familiar with both the US and UK versions. “Although the shows have a lot of fun with history, all the facts are true, all the events are true and the characters are true.

While Eureka likes the idea of the pilot going to air, it realises it is probably a one-shot chance of getting away the format here. “We are lucky we are using a format that has worked for hundreds of previous episodes. There was a very clear blueprint about making the show. We ensured that it was adapted for this market in the right way.”

Just a couple of weeks ago SBS launched the second season of Eureka’s The Chefs’ Line format. While it is tucked away at 6pm to a smallish but appreciative audience, the format is making waves internationally.

“The Australian version of the show is seen in over 20 countries now,” Culvenor told Mediaweek.

“Our judges are being celebrated on social media in every language you can imagine. It screens in the UK and Canada and all through Asia. That success is due to the diversity you see on the Australian version as audiences everywhere can relate to that SBS version.

“The format itself is starting to travel. A version has been made for Holland, which is screened on the Fox Food Network. It was the channel’s #1 new series and we are hopeful it will return for a second.

“There are discussions under way for adaptations in multiple other territories. We are proud the format started on SBS where they try original things and they take programming risks. It is good that SBS has been rewarded for taking a risk on an original format.

“The idea that SBS commissioned a 60-episode show simply off a paper format was a bold choice. It was worked with sponsors and audience, but also as a global format.”

Culvenor was able to share with Mediaweek news about two new commissions with major streaming platforms. One series will be launching later this year and the other in 2019.

The streaming platforms they will be screening on don’t come much bigger – Netflix and Facebook.

“I am really excited to talk about them, but all I can say is that they are both unscripted series. I can’t give you any more details than that.”

Culvenor could reveal that Eureka is also producing a series for Animal Planet which is focusing on the Irwin family.

“Animal Planet announced earlier this year that the Irwins are going to be a core part of its programming. It has subsequently selected Eureka to produce the series. The Irwin family are not only absolute stars, but just wonderful people to work with. The series shines a light on their conservation efforts, how they are continuing Steve’s legacy and we couldn’t be prouder to be the production company involved.”

Eureka’s business model allows them not to only create original formats, but also be able to work on other people’s shows with other production companies. “We have done partnerships on The Voice with ITV Studios. A more recent partnership was with Bell Media in Canada for a new music show called The Launch. The primetime music competition was the #1 show in Canada at the start of the year.”

Extending the relationship with SBS is the new series The Employables that launches this week.

“It is set in the startup world and we are finding a group of people who have been overlooked by the Australian workplace. We bring the group together to be Australia’s next great startup and they are going to be coached by Creel Price. He guides them through a crash course in business and at the end of it you see a real-life business being born.

“It is a collaboration between SBS and Eureka and even before it goes to air it is receiving international offers for adaptation.

“While the US is an important part of our business, what has been really good about Australia is that it has given birth to a lot of our formats. We have had collaborations with both SBS and Seven.”