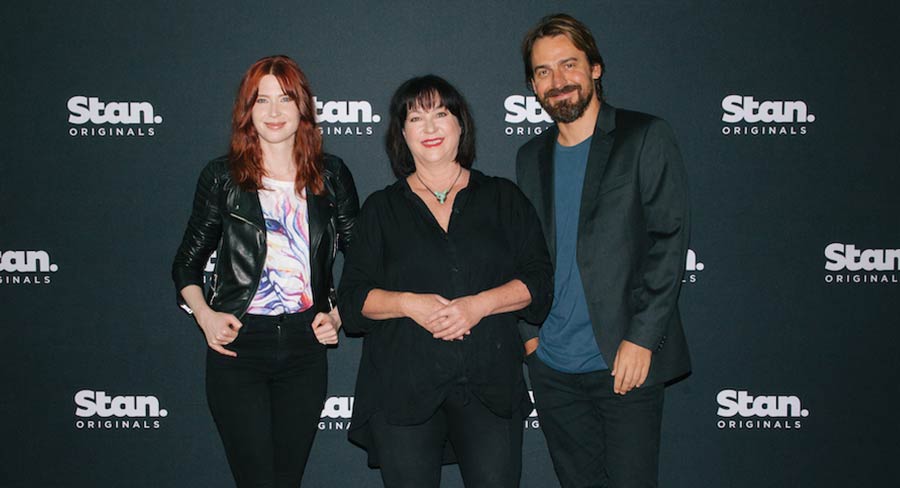 • Production has commenced in Tasmania on the eight-part premium drama

Stan, Screen Tasmania and Screen Australia have announced AACTA Award-winning performers Emma Booth (Glitch, Once Upon A Time, Hounds of Love) and Ewen Leslie (The Cry, Safe Harbour, The Daughter) will head up the cast of the new Stan Original Series The Gloaming.

When an unidentified woman is found brutally murdered, Detective Molly McGee (Emma Booth) must team up with Alex O’Connell (Ewen Leslie), a fellow cop with whom she shares a tragic past to solve the crime. What begins as a routine investigation exposes something more insidious as political corruption and shady business dealings intertwine with sinister crimes and occult practices. To catch the killer, Molly and Alex have to face the ghosts of their past, the unsettled dead that linger in the liminal space between light and dark, life and death – The Gloaming.

Created by Madden, the series is a co-production with Stan and Disney’s ABC Studios International, developed by Madden’s Sweet Potato Films and John Molloy’s 2 Jons and produced by Madden. Molloy and Fiona McConaghy with Keli Lee, Nick Forward, Jon Adgemis and Michael Gudinski are executive producing. The series received major production funding from the Tasmanian Government through Screen Tasmania and Screen Australia, in association with Film Victoria, and was financed with support from Stan. Currently filming in various locations across Tasmania, The Gloaming will premiere exclusively on Stan this summer, with the premium drama to be distributed by Disney’s Global Content Sales and Distribution, a part of the Company’s Direct-to-Consumer & International segment.

Said Madden: “To have the opportunity once again to create a series based in Tasmania is a great privilege. Its gothic landscape and haunted past have inspired me since I was a child. I’m thrilled to have Emma Booth and Ewen Leslie bring my beloved Molly and Alex to life, and Stan and ABC Studios International on board to share The Gloaming with audiences around the world.”

Stan’s chief content officer Nick Forward said: “We’re thrilled to be collaborating with our international partner ABC Studios International in taking Vicki Madden’s next trailblazing project to audiences in Australia and around the world. We’re can’t wait to see how Vicki and the phenomenal production team bring the mysterious world of The Gloaming to life. We are also grateful to the state and national screen bodies who play such a vital role in these projects.”

Sally Caplan, head of production at Screen Australia said: “Vicki Madden has carved out her own niche – Tassie Noir. Her new series The Gloaming is appealing because it’s a compelling crime drama centred on a complex and flawed female police officer set amongst striking Tasmanian landscapes which bring their own uniquely Australian identity to the series.

“Madden has a proven record with The Kettering Incident of creating engaging Australian content that resonates with local audiences while also delivering commercial success with international sales. I’m excited by her commitment to and development of this genre and look forward to seeing this talented cast bring this mystery to life.”