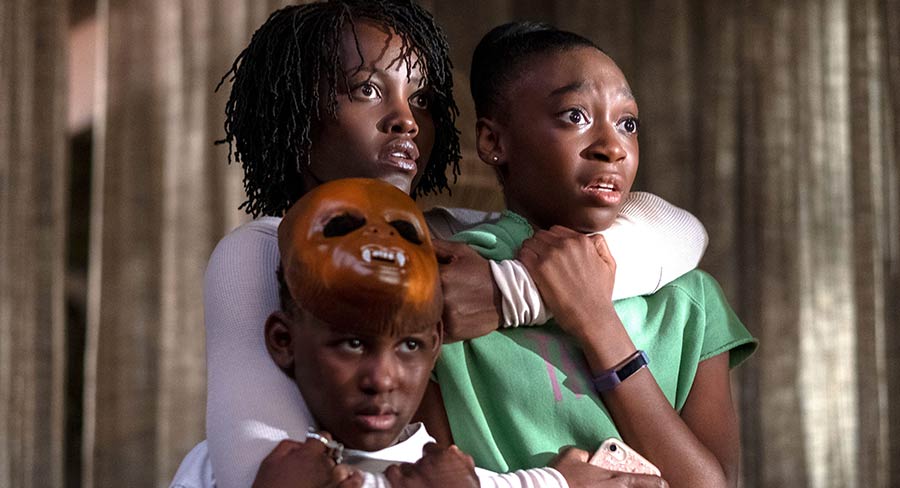 A battleground in cinemas on the weekend saw three new releases land in the top five with two of them each pulling over $2.5m. That box office competition drew extra people into cinemas as the takings of the top 20 movies climbed by 42% week-on-week.

The top two movies took $7.5m between them, which was the strongest performance from two movies since early January. While it was no record weekend, the takings total of $14.25m was the second best since January, only beaten by the opening weekend of Captain Marvel four weeks ago.

The relatively low-budget US horror movie topped the US box office a week ago where it avoided a clash with Dumbo. But it did take more than Dumbo on debut both there and here. Cinema owners might have been expecting a different weekend result – look at the comparative screen averages for the top two. Us opened on 319 screens with a screen average of $12,049, which is the fourth best this year after Aquaman, Captain Marvel and How To Train Your Dragon.

The live action remake of the Disney classic seems to have opened slightly below box office expectations. Directed by Tim Burton and starring Colin Farrell and Michael Keaton, the movie opened on 501 screens with a screen average of $5, 498.

After three weekends leading the box office the movie has slipped to third spot. It still managed $2m+ as it shed 226 screens to 419, which delivered a screen average of $5,444. Captain Marvel is just a touch under $35m with a bit of steam left which sees it rank amongst the top five most successful movies of the past two years.

With so many attractions on offer over the weekend, the US romantic drama about two young cystic fibrosis patients did very well. It opened on 256 screens and delivered the second best screen average of the weekend – $6,252.