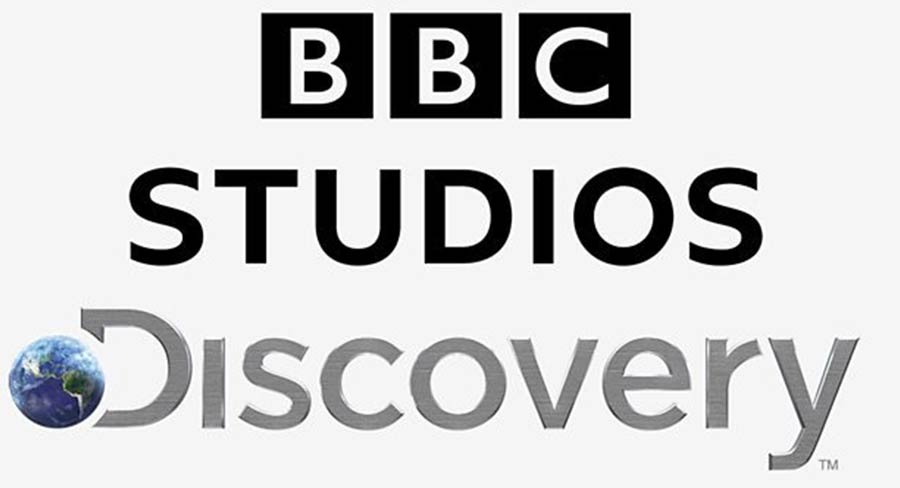 Discovery, Inc. and BBC Studios have jointly announced a series of agreements, reigniting their historic relationship with a significant multi-million pound global content partnership spanning a library of premium factual series to power a new global streaming service, and a bespoke development deal for BBC Studios’ iconic genres of natural history, animals, adventure, science, travel, space, history and civilisation documentaries. Additionally, the two companies have concluded the future of UKTV’s channels business in the UK with a structured split that complements the strategic focus and commercial business of both organizations.

The new 10-year content partnership, effective in all territories outside the UK, Ireland and Greater China, will make Discovery the exclusive global home of BBC landmark natural history programmes in SVOD, including the Planet Earth, Blue Planet and Life collection of titles, the recently lauded Dynasties and others, as well as future BBC-commissioned landmark series from BBC Studios, following their linear transmission.

Discovery also acquires SVOD rights to hundreds of hours of BBC programming across factual genres. All of this iconic content will form one of the pillars of a new global streaming service, which will also include some of the best of Discovery’s programming library, original content created for the service, and experiences and offerings that go well beyond video. The service will launch by 2020 and will form a key part of Discovery’s unique and growing portfolio of direct-to-consumer services that will enable fans to “view and do.” These services will also be made available to distribution partners for retail.

Discovery and BBC Studios have also signed a bespoke development deal to create new landmark factual content for Discovery that furthers audiences’ discovery of the world for both linear and digital distribution. This deal reunites the two media and entertainment brands that worked together on unrivalled natural history series such as Planet Earth, Walking with Dinosaurs, Life and Blue Planet. The two companies will co-fund a dedicated development team within BBC Studios.

Under the terms of the UKTV deal, which is expected to complete in late Spring 2019, Discovery takes full control of lifestyle channels Good Food, Home and Really, in line with its editorial strategy and further strengthening its global leadership position in factual entertainment. Discovery has an existing portfolio of 16 channels in the UK including Discovery Channel, TLC, ID, Animal Planet, Eurosport, Quest and Quest Red and the Quest OD video-on-demand service. This new agreement strengthens Discovery’s position in the UK as a factual entertainment leader engaging passionate communities of fans on every screen with trusted, high quality brands and content.

These channels are the most closely aligned to its own content strategy and supply, with BBC programmes currently delivering around half the viewing for these seven channels, and accounting for around 95% of BBC Studios’ content on UKTV today. Following these changes, the entertainment channels will continue to operate under the UKTV brand out of UKTV’s offices and BBC Studios will look to grow investment into UK programming, including original content, for the channels it will own.

Following completion, Marcus Arthur, president, UK, Ireland and ANZ, BBC Studios Distribution, will also assume the role of CEO, UKTV. Marcus Arthur, who joined BBC Worldwide in 1991, has previously held the roles of managing director, BBC Magazines and MD, global brands and new ventures, and sits on the UKTV Board.

As part of the UKTV agreement, BBC Studios will make payments totalling £173m to Discovery. This includes a balancing payment in relation to the channels acquisition and the assumption of £70m of debt, currently financed by Discovery. This will be financed through existing borrowing facilities. Discovery will also receive at least an additional £10m from UKTV, as the parties will share the existing cash on the company’s balance sheet, reflecting outstanding dividend, and other ancillary value transfers to Discovery through the transaction.

BBC Studios and Discovery have also agreed a short-term Programme Licensing Agreement for the supply of BBC Studios lifestyle content to Discovery’s UKTV channels in the UK.