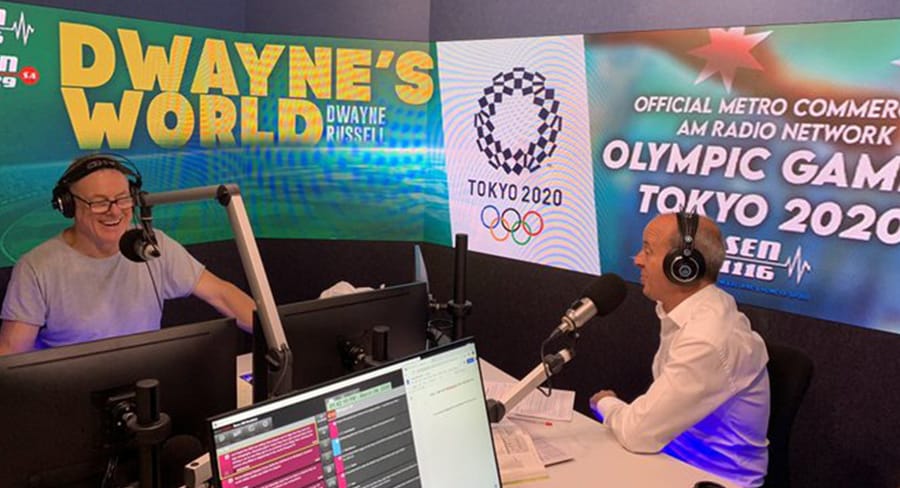 After 16 years at 3AW, Dwayne Russell made the move to SEN 1116 at the start of this year. Craig Hutchison made the football commentator an offer he couldn’t refuse for his own afternoon show at the sports talk station.

Russell also works for Fox Footy on weekend commentary. The former Port Adelaide SANFL and then Geelong AFL footballer has had a long career in the media including years with K-Rock, the ABC, Nine and time spent in journalism at The Age.

Like Garry Lyon told Mediaweek yesterday, Russell is another member of the Crocmedia family excited about where the CEO is leading the business. “Hutchy’s vision is amazing and it’s good to be riding on his coattails,” Russell told Mediaweek. 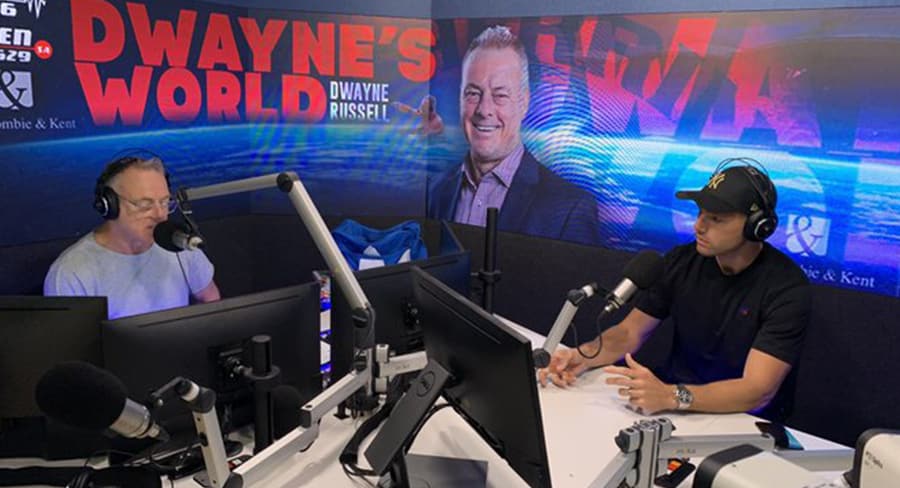 Before this move to SEN, Russell had never really considered leaving 3AW. “The opportunity to host my own show was kind of in my mind. The opportunity to do that at 3AW was limited. I did get to host Fright Night Football and I was the solo host of Sports Today/Sportsday when Gerard Healy was away. The opportunity at SEN was one I couldn’t say no to as it’s a very exciting to be able to sit there and talk footy to people.”

Russell won’t hear talk that afternoons can be the hardest shift to build an audience for. “We are talking footy in Melbourne. There should be nothing tough about that. Once you open the lines and tell people they will be able to have their say, they will come.

“It is kind of the dream shift for me as it gives me the chance to be expansive with people. Breakfast shows have to be punchy and don’t have the chance and Gerard’s show at 3AW is an interview show where he gets the big name guests on. I have an opportunity to spend three hours talking to people about the issues of the day. So far it has been great.” 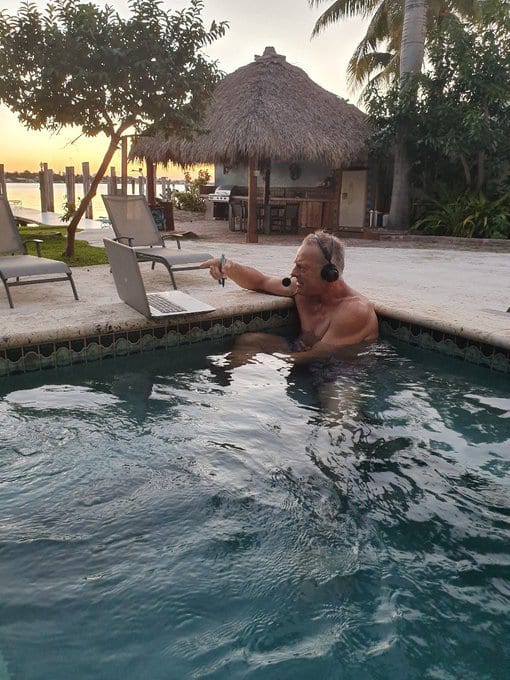 Russell broadcasting from Crocmedia’s Miami studio this year during a Super Bowl trip.

Commuting to Geelong has always been a part of Russell’s day and he sounds pleased he almost has a 9 to 5 job at SEN. “I leave home at 9 am and then get home about 5.30 pm. My family is still getting used to having me home at night.”

Regarding weekend match commitments, Russell said he won’t call as much football for SEN as he did at 3AW. “Because I have my own show I will also get the non-ratings breaks off as well. It is nice to get some time off during the footy season and I will be doing less travel on Thursday and Fridays.

“At Fox Footy they own me every Saturday and Sunday and I go wherever they tell me to.” The SEN commitment works well with Fox Footy and Russell treasures both roles. If he’s interstate for AFL on a Sunday he can always do his Monday radio show from Crocmedia studios interstate.

“Fox Footy has been the main employer of me for a long time and I won’t neglect that.”

Russell enjoys other sports when he gets the chance. His Foxtel connections saw him calling equestrian events at the London Olympics in 2012 and he then did speed skating in Vancouver for the 2010 Winter Olympics. He is also a basketball fan and calls some of the NBL games including some of the shortened 2020 Grand Final series.

He gets a break from footy when he goes home. Russell’s daughter is a pilot and his son is not into sport either. He is a performer at a network of bars he co-owns around Geelong and Colac called The Piano Bar.

Russell has set himself a special goal for his SEN afternoon show. “I want to break the all-time listener call per hour record. I want to take as many calls as possible, doing less interviews than many shows do. I want to hear from the audience about what is moving them. That’s nothing new, it’s old school talkback, with a few texts coming in too.”