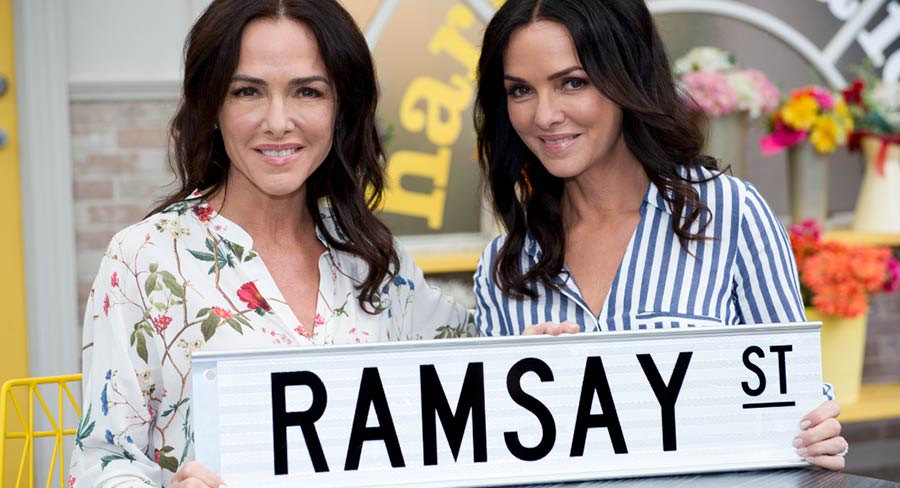 Gayle and Gillian Blakeney will return September 2019 on 10 Peach.

Two of Neighbours’ biggest stars from the 90s, twin sisters Gayle and Gillian Blakeney, who played Christina and Caroline Alessi, are heading back to Ramsay Street.

After 27 years the Blakeney twins will be stepping back into the shoes of the characters that made them household names.

Gayle Blakeney will get to know her character Christina Alessi again and she should have a lot of catching up to do. Christina left her mark on Ramsay Street as one of Paul Robinson’s (many) ex-wives. But this one was with a twist.

Meanwhile Gillian Blakeney will slip back into the role of the fiery and a sometimes naughty Caroline Alessi, who is best known for being Paul’s lover!

On their return to Erinsborough, Gayle said: “We were tickled pink to be asked back and we knew if they wanted to reprise the characters after nearly 30 years, it had to be for a great story line which it is. We’re really looking forward to filming it.”

Gillian added: “Strangely enough it feels just so comfortable and familiar despite the obvious changes, the cast and crew have been so welcoming.”

Gayle and Gillian Blakeney will return to the Logie-nominated Australian drama series in September 2019 on 10 Peach.