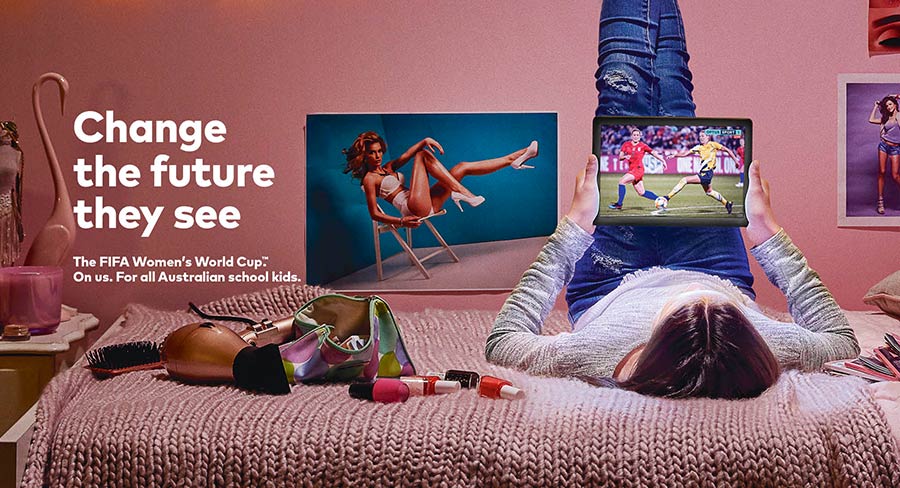 Optus has launched a marketing campaign to promote greater visibility for women’s sport with an overall aim to change the future Australian school children see.

The TVC, which will be supported by a radio and stills campaign, accompanies Optus’ recently launched FIFA Women’s World Cup 2019 initiative that provides complimentary Optus Sport access to Australian school-aged children throughout the tournament.

Brought to life by Academy Award nominated Australian director Derin Seale and producer Caroline David of The Finch Company, the story aims to reframe how women are perceived in sport while increasing the visibility of women’s sport.

“Optus is really proud to launch this campaign because not only does it highlight the inequality that exists for women in sport, but importantly, we are starting a conversation,” Optus’ head of marketing, Melissa Hopkins, said.

“We believe there have been some important steps forward when it comes to women in sport, but as a community we still have a way to go.”

“By sharing our FIFA Women’s World Cup coverage of all 52 games on Optus Sport to Australian school children, we hope to change the perception of women’s sport.”

“I am inspired by the collaborative efforts of the team from Emotive, Yes Agency and UM that worked tirelessly together on this campaign. They are true champions of change.”

“This film represents a clear expression of what we’re asking Australians to do,” Simon Joyce, CEO and founder of Emotive said.

“Whether you are a mother or father, a girl or a boy, we want you to feast your eyes on the FIFA Women’s World Cup 2019 and be inspired by the incredible athletes competing on the world stage.

“For us this is a fantastic opportunity to drive a positive conversation around the imbalance of gender representation in sport. We feel privileged to be a part of it.”

The creative will run nationally; the radio and stills campaign has commenced, while the TVC commenced June 2, 2019.