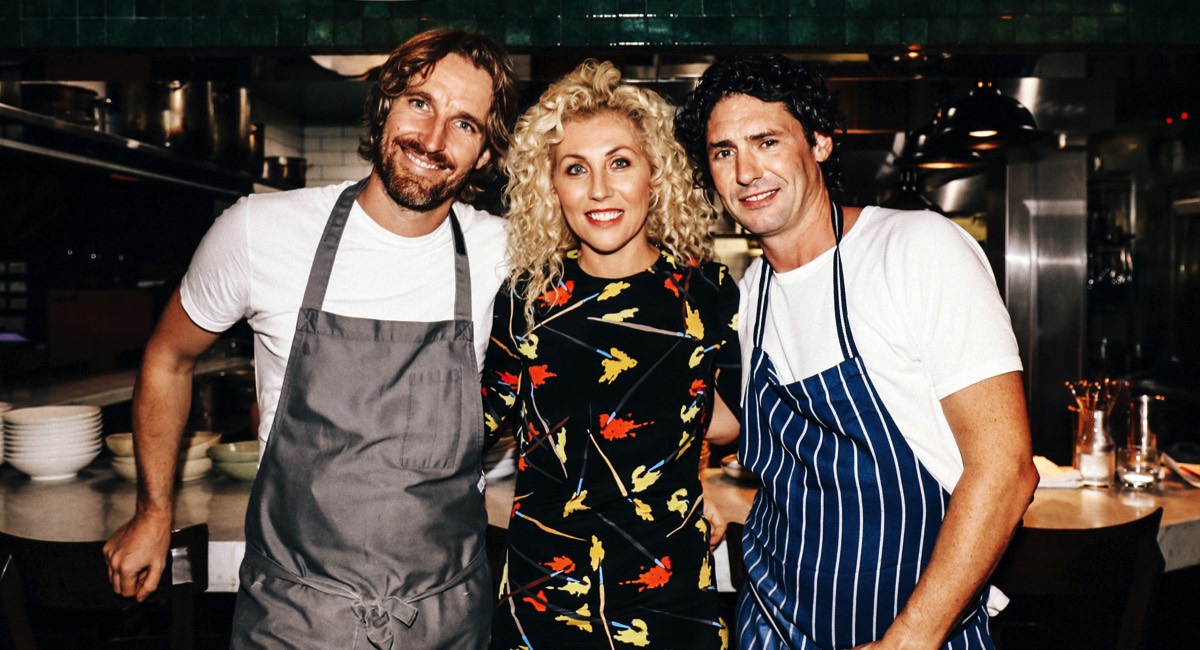 Magazines have been facing some life-threatening challenges over the past few years. However, food has been one of the bright spots for publishers who now see print as only part of their offering.

News Corp Australia is a major player in the sector via its Food Corp division under the leadership of Fiona Nilsson. In magazines it publishes Super Food Ideas to the mass market while it caters to what it calls the premium lifestyle segment with delicious. and donna hay.

NewsLifeMedia’s delicious. bills itself as Australia’s biggest food brand and has been embarking on various initiatives in the past 12 months.

“There have been some tough areas in food too, but for a premium brand like delicious. we have been pursuing some aggressive expansion,” delicious. editor-in-chief Kerrie McCallum told Mediaweek.

One of the recent initiatives is the launch of the Facebook video series studio delicious, with McCallum noting that reaching out to the audience on as many platforms as possible is critical to success.

“Studio delicious came about because research indicated that close to 40% of foodies wanted to watch food videos online and about a third of those people were watching food videos on Facebook. We built a video studio within our editorial department and we launched programs that would appeal to audiences and sponsors.

“We started with a daily programming schedule and we were dropping one to two programs a day. Some days they would be programs on Facebook Live and other days it was edited pre-recorded content. The result was it increased our Facebook engagement dramatically. Within several months of launching, our video views went from around 400,000 per month to over 3m.”

McCallum said that having some of the programming broadcasting live sees it reach much bigger audiences. The delicious. editor-in-chief hosts one of the programs herself, which is branded On The Couch.

“Broadcasting live tells the audience that it is a little more informal and they like the feeling of being inside our offices. However, that doesn’t work for every video and it took a little bit of experimenting to figure out what works better live and what doesn’t.”

delicious. recently compiled its 100 most popular recipes and filmed the preparation for each of them. “We didn’t have huge expectations of how they would perform but we have had millions of views. One of the favourites was how to bake an espresso martini layer cake. People will sit there watching. Some may not ever bake it but they love watching it.”

The food brand has even developed chef-cam with the chef wearing a head camera to give the audience a bird’s-eye view of the cooking process.

The growing social audience has driven referrals back to delicious.com.au and helped build the web audience.

“In terms of our brand, delicious. has broad-reaching pillars. We cover eating out with restaurants and reviews, we cover recipes, travel, drinks, entertaining and style. All that allows us to have a diverse folio of programming that we can offer the audience and clients.”

As to food trends delicious. is following, McCallum noted the rise of flexitarianism [plant-based diet with occasional meat] with an increase in vegan and vegetarian food enquiries, which are ranking as the most requested search topics. “The interest in healthy eating continues.”

What about the perennial popularity of chocolate? “As long as it is sugar free,” said McCallum with a laugh.

News Corp Australia’s Sunday newspapers in partnership with delicious. crowned the best restaurants in Sydney, Melbourne and Brisbane in November 2016 as part of a month-long campaign labelled delicious.100, to discover the most delicious dining destinations in their city. In May the campaign won twice at the annual INMA publishing awards handed out in New York.

The multiplatform initiative saw the mastheads’ food reviewers name the top 100 restaurants in both Sydney and Melbourne, and the top 10 restaurants in Brisbane, according to a set of strict criteria that takes into account how real Australians are dining out.

The awards delivered a comprehensive and authoritative guide to the best eateries in each capital city, recommending not only the premium restaurants, but also those that cater for families and less formal occasions. The delicious.100 guide will become an annual lift-out for consumers looking for the best dining experiences.

delicious. editor-in-chief Kerrie McCallum told Mediaweek: “The delicious.100 was backed by the strength of the delicious. brand which has established itself over the past 15 years as one of the most influential food and lifestyle brands in the market. It’s the most relevant and usable dining guide for Australia and I couldn’t be more delighted that the restaurants featured in the guide reflect how Australians eat out today.

“We’re absolutely thrilled that the delicious.100 has been received so positively at an international level. It’s the first time we’ve combined the collaborative strength of our network in such a cohesive and consumer-friendly way. As a network, we are passionate about providing the most usable, relevant and exciting food news to Australians, and this project is a true example of that.”