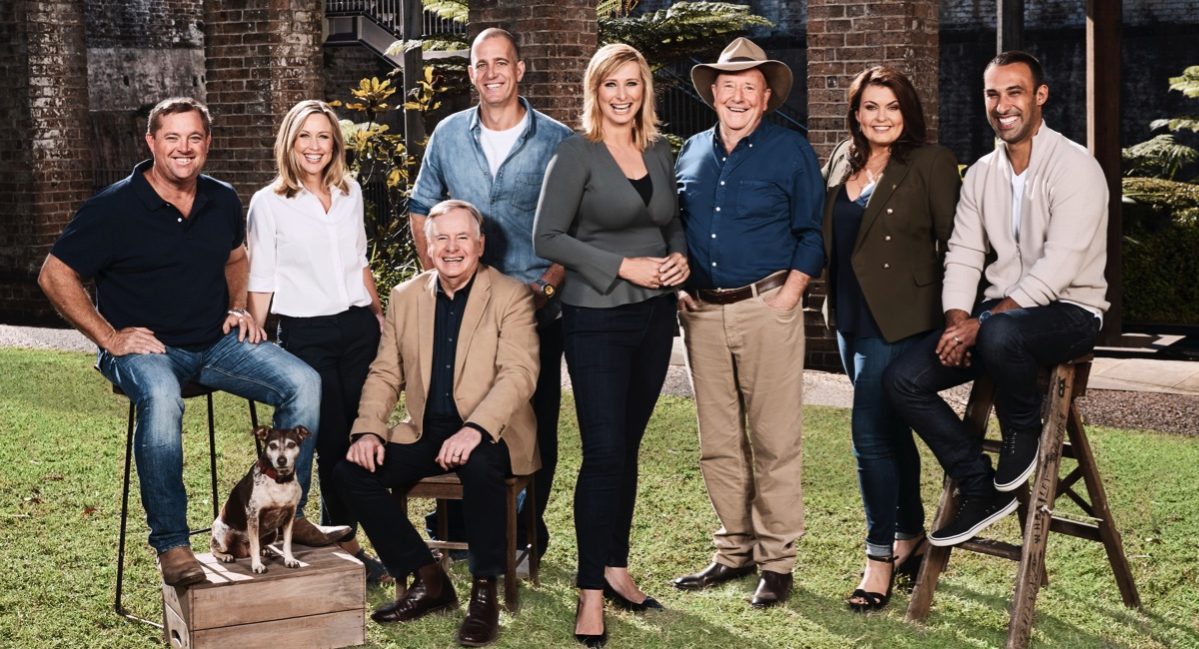 Six months on since the change at the top, longtime presenter of the program Johanna Griggs told Mediaweek how things have improved.

“The biggest thing is that Jase has a plan. I know that sounds silly but what most people don’t realise until they get close to the show is that it is such a big beast and there are so many presenters, departments and platforms to it. That is our biggest difference from anyone else,” Griggs said. “We haven’t always been cohesive in making them all work together in the best way possible.

“We’ve never had a plan for more than a couple of weeks ahead for the presenters. Sometimes we just made deadlines and even missed deadlines. We now have a plan for the whole year.

“Having passion for the show has never been a problem. Somebody actually leading the show has been an issue in the past.”

Griggs said Franklin has injected freshness and enthusiasm in every department of the show. “People are feeling optimistic. I know I am feeling the most optimistic that I ever have about the show in 13 years,” she said.

For Franklin, joining Seven meant coming back after 21 years to the very place where he started his career. Having rejoined the network after such a long time, Franklin’s immediate focus was to ensure that all platforms of Better Homes and Gardens worked more cohesively.

Apart from the TV show, the magazine of the same name is also very successful in Australia. The monthly title produced by Pacific Magazines is the most-read on-stand magazine in the country. According to emma it had a readership of 2.266 million for the 12 months to March 2017 and 1.790 million according to Roy Morgan.

“The way that it has always been and the way forward planning allows you to be better is by making the magazine an extension of the show,” Franklin said. “You watch the show on Friday night, and anything that you want to do that was in the show is explained in extreme detail in the magazine. That also relates to the other platforms that the show is on including Facebook.”

“The aim every week is to put stories on the show that people will talk about,” Franklin said. “There’s something that I always want from my stories where I want people at home to go, ‘Jeez, I haven’t seen that before’ or ‘I didn’t know that’.

“For every story that I do, I am looking for that little moment. It’s those moments that work best on social because they create the buzz that people with short attention spans can hook on to quickly.”

Through its 27-year-long history, Better Homes and Gardens has moved through several timeslots to end up where it is today. The show started back in 1995 and originally Seven aired it on Tuesdays at 7:30pm. Currently, the hour-long program is broadcast from 7:30pm on Fridays.

“It’s a fantastic Friday night companion for many people. When I am making the show, I put myself into the viewer’s shoes. So I am sitting down on a lounge at 7pm on Friday.

“I’ve just had dinner with the kids. I’ve cracked a beer or I’m having a glass of wine,” Franklin said. “What I want our viewers to have every Friday night is a companion that goes with that.”

Griggs added: “It is such a legacy program. When you hear generations of families talking about how it’s a part of their routine, that is quite rare.

“It’s extraordinary it has been going for as long as it has.”

With such a long-running show comes some pressure. While it’s important to deliver the viewers the program that they know and love, it’s also necessary to surprise them every now and then.

Griggs referred to a story she recently did along with presenters Ed Halmagyi and Jason Hodges where they turned into firemen for a day. The story about making a house safe from fire was made in association with Fire and Rescue NSW. It took the team about two months to put it together.

“It was a classic example of where you had so many different elements to it. It’s got everything that everyone is expecting, but it also had a couple of different stories that took people by surprise,” Griggs said. “We captured one of the biggest house fires that Sydney has had in 12 months. It was very dramatic. A lot of people contacted me on social media to say, ‘Wow, it really made me sit with my family and start working on a fire safety plan.’”

Franklin has been attempting to unite the different segments on the show since he joined. For example, in the recent episode, where Griggs and her co-host turned firefighters, the show’s DIY expert Adam Dovile showed viewers how to make a children’s fire truck dinky.

“I love to do themed shows,” Franklin said, “so there would be a recurring theme throughout the show to give you a reason to be there from start to finish.

“From the number of things that we had on Friday night, the one that got absolutely everyone talking and sharing on social media was the fire truck dinky, so there you go. [Laughs]”

What viewers appreciate about the show, according to Griggs, is its positive tone. “We are never out to do a bloody hatchet job on someone. We are not trying to kick down doors to get something negative,” Griggs said.

The face of Seven’s homes programs

Griggs is a very familiar face to the viewers of Seven. She is on TV on most weeknights at the moment courtesy of her roles as host of House Rules and Better Homes and Gardens.

“It’s pretty full on,” Griggs admitted. “It does require a huge amount of coordination from lots of different departments.

“For the first time in a very long time, we have really got that communication where it needs to be, which is that it needs to be open and there can’t be any secrecy with dates. Everyone has to understand that we are all part of the same network. So House Rules can’t say, ‘We can’t tell you when we are doing this.’”

Along with her roles on the two shows that are currently on air, Griggs is juggling dates for an upcoming third series called Amazing Australian Architecture.

“As long as communication is open, it is very easy,” Griggs said. “If that means that we have six months where I work seven days a week between all the different productions, I will do so. If I want to work three days a week, then I would probably have to give up two of those gigs. So I am quite happy to put the work and the hours in.

“I don’t think I have ever felt as happy professionally as I am right now.”

The competition from Ten’s The Living Room

Despite their different presentation formats, Better Homes and Gardens and Ten’s The Living Room both identify themselves as a lifestyle show.

“The testament to our show is that because of football we are on 7TWO in two states and we are still Australia’s #1 non-sport program on a Friday night – often by a great margin. As soon as we are back on the main channel, there’s daylights between us, if you are looking just at the figures,” Griggs said.

“There’s room for both shows though. They are quite different shows.” 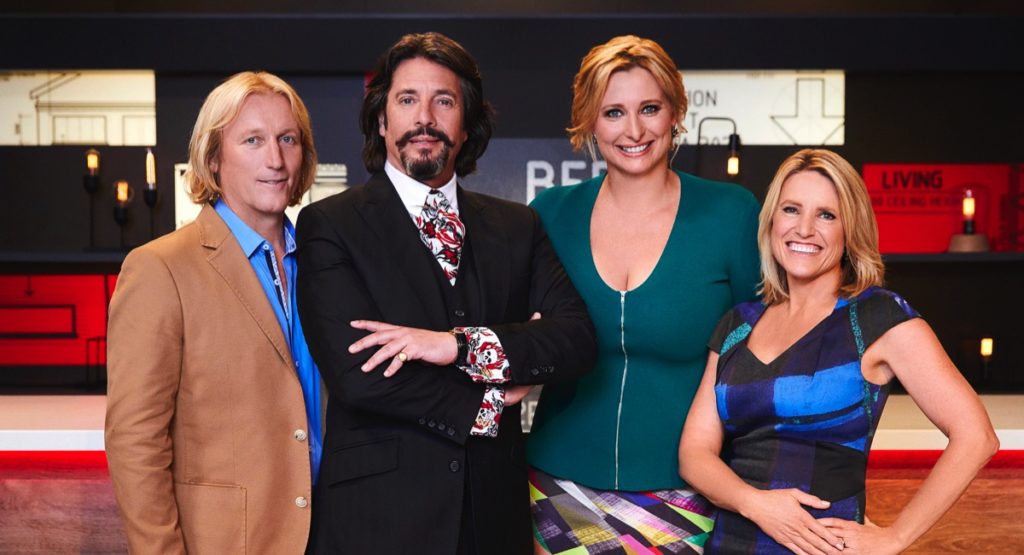 “I feel like there is a bit of a synchronicity happening between House Rules and Better Homes. We shot the last season two years ago,” Griggs said.

Two new judges, Laurence Llewelyn-Bowen and Drew Heath, were also introduced to the viewers this season. Joe Snell, who was a judge on the show from season one to four, did not return.

Along with the on-screen changes, Griggs also revealed that a large part of the production team is also different. She said this has helped bring fresh ideas to the show, which have worked well with the viewers.

“Things that they [the production team] used to get really bogged down in that total reality TV sense have been relaxed,” she said. “It’s amazing how much of a difference great leadership from the top makes.”

Griggs has hosted Better Homes and Gardens for over a decade now. In this time, she said the audience’s relationship with lifestyle content hasn’t changed so much. But what has changed is the time the makers of the show have to capture the audience’s interest.

“Attention spans are shorter and you have to work harder to be able to keep things interesting and find a way for good storytelling,” Griggs said.