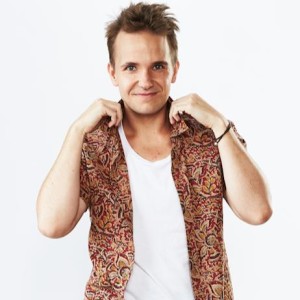 Over 40 people fly out of Sydney today on the second Nova Red Room Global Tour.

Most of the tour party are listeners to the Nova Network with some only finding out about their trip last Friday when the national Kate, Tim and Marty drive show revealed the final winner!

The first stop on the tour is Dublin where the Nova and Optus competition winners will be seeing a very special Ed Sheeran performance. After Dublin the tour moves to London later in the week then heads to Dubai for another show.

While listeners are no longer able to get on the international legs of the tour, Nova is running a national online competition at novafm.com.au giving away flights to Sydney for the final performances of the tour with two major artists playing in the NSW capital.

Nova said this morning that response this year had been overwhelming to the tour with switchboards around the country doing their best to juggle the call volumes.

Mediaweek will again be travelling with the Nova tour party and have daily reports from each stop along the way. Sky News Business will also feature a report from the first stop in the program this Thursday.

For the second year running, Nova’s Red Room Global Tour will be presented together with Optus who will capture and share the content from the global tour across their digital, social and other brand channels.