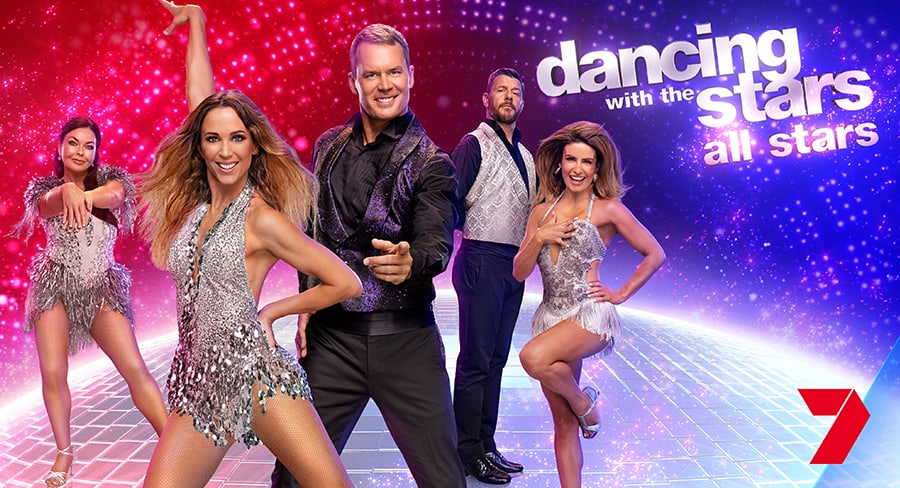 The Seven Network today announced that Dancing With The Stars: All Stars will premiere at 7.00pm on Sunday, 11 April on Channel 7 and 7plus.

The two-week television event sees the return of Dancing With The Stars’ finest – from best in show to “best and fairest” – including five former champions and four wildcard entrants.

The celebrities will be divided into two groups, taking to the stage on alternate nights across the season. The leaderboard will be determined by a combination of judges’ scores and scores from the studio audience, with eliminations in every episode.

Ultimately six couples will make it through to the Dancing With The Stars: All Stars grand finale, where they will dance their hearts out for the coveted mirror ball trophy and prize money for their nominated charity.

The celebrities, their professional dance partners and nominated charities are:

Dancing With The Stars: All Stars is produced by Warner Bros International Television Production Australia and BBC Studios, from a format created by the BBC and distributed by BBC Studios.