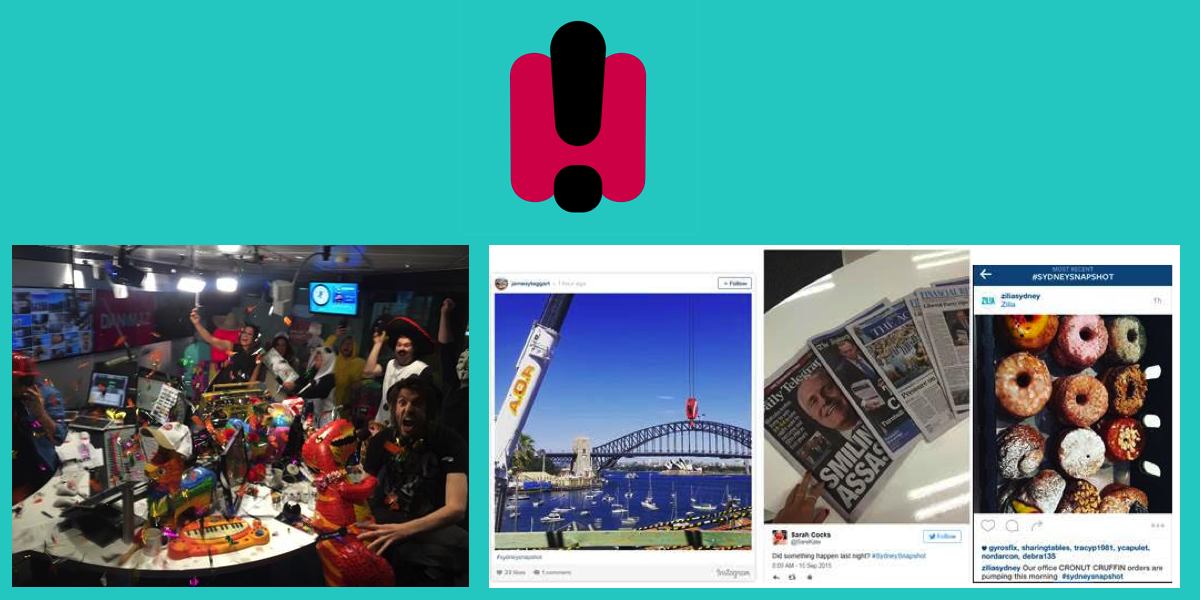 Dan Debuf and Maz Compton asked Sydneysiders to hashtag #SydneySnapShot at precisely 8.07am Tuesday and the hashtag soon trended #1 in Australia and Sydney on Twitter and Instagram.

Debuf said, “We thought up this idea: if everyone in Sydney all took a photo at the same moment in time… what would it look like? Well the answer is picturesque, hilarious, traffic-ridden, and in the end, internet breaking. We are basically Kim Kardshian’s butt: we broke the internet, and we look great covered in oil. Well I do.”

Compton added, “I had no idea so many people ate cronuts for breakfast… #SydneySnapshot was a social media experiment to capture one single moment in this great city and if a picture paints a thousand words, we’ve got enough ammo to rewrite the Urban Dictionary.”

Twitter Australia media partnerships manager Chris Ledlin said, “Twitter is all about what you’re doing right now, and what we regularly see is that people use Twitter to join together in shared moments, whether that’s #libspill, the footy finals or even 8:07am on a Tuesday morning in Sydney.”

Dan & Maz’s #SydneySnapShot trended at #1 in seven cities across the country, it was the #1 trend in Australia for a total of 130 minutes.