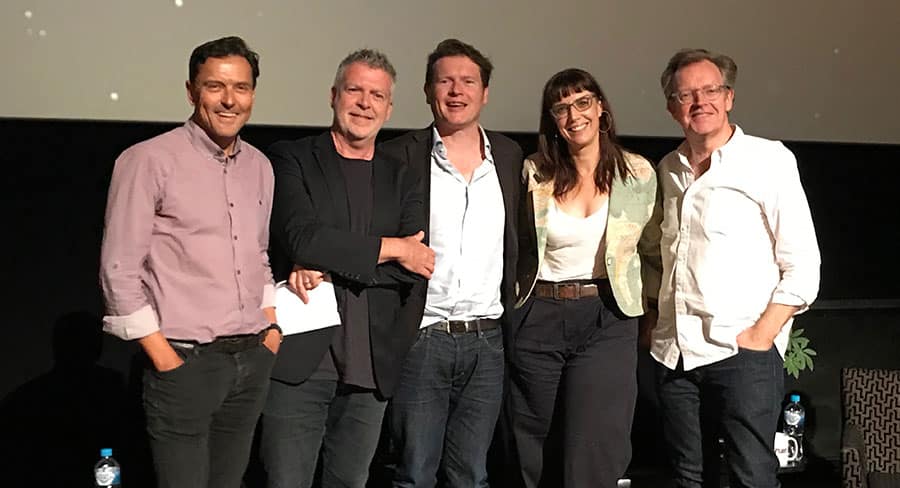 After acquiring New Zealand production house Greenstone six years ago, CJZ has opened an office in Dubai in the United Arab Emirates.

The idea of using the country as a base for further expansion came from the chief executive of the New Zealand business, Rachel Antony.

In front of a packed cinema, Murray joked that due to the challenges they faced opening their new office, they should have investigated Antony’s idea a little more thoroughly before they dived in.

Campbell said: “We originally thought it could be easy. Almost three years later we are now in Dubai and about to go into production on our first series Dubai 999. The number of hoops we had to jump through, and are still jumping through, have been incredible.”

Murray interjected it took them seven months to open a bank account.

One of the challenges of working in the UAE was the method of setting up meetings. “In Dubai, when Rachel goes to Dubai she knows who she wants to meet. But she can’t organise a meeting unless she is there on the ground. When you are there you have to wait for the call. She did that with great patience and it is finally paying off.

“We have spent a lot of money and it has been a nail-biting exercise.”

Campbell said the series will be filming shortly and CJZ will take Dubai 999 to MIPTV in 2020. Pre-production is underway on a second series to be announced at a later date.

“There is gold to be made there but you have to be solid. A lot of companies have gone in and spent a lot more money than we have and [ultimately] turned away.

“One of the good things about being as independent as we are, we can sit in our own boardroom and make our own silly decisions…and live and die by them.”

CJZ has so far employed two people in its Dubai office. Campbell is the company director, which means he now calls Dubai home, for at least part of the year.