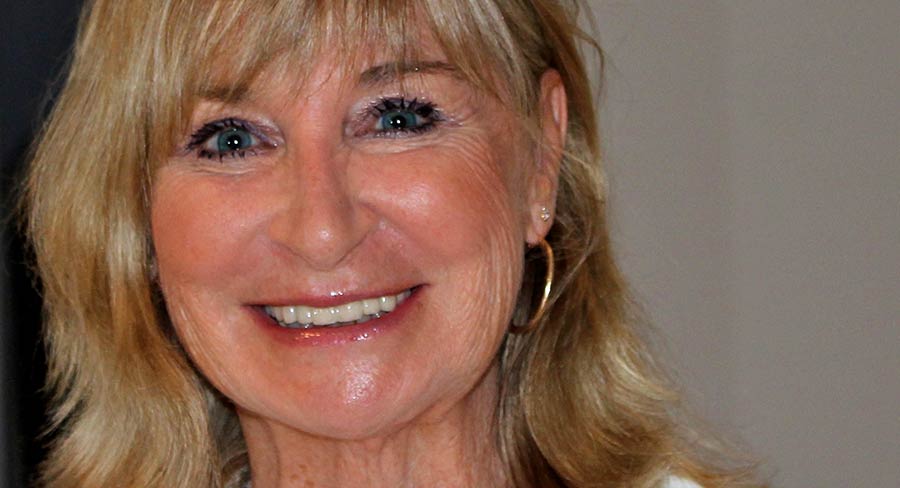 • Sydney breakfast audience up as listeners respond to rebuild

At the time of her appointment, Romaro said: “I am looking forward to leading the team at 2CH, working closely with them to build on their past work and create a great radio station, specifically targeted to Sydney’s ‘baby boomer’ listeners.”

Speaking to Mediaweek in an important week for the station, Romaro added: “We wanted to find out what 2CH’s true position in the market could be. One we found that we would go about rebuilding, which is exactly what I’ve been doing in the past four months.” In that short time Romaro has been an agent of change.

“The major change has been moving the music to a classic hits baby boomer fomat. We have branded 2CH from Easy Classics to Classic Hits. The reason for doing that is there is a big gap in the market.

“WSFM has moved to play more songs from the 1990s and 2000s with tracks from people like Beyoncé and P!nk, very contemporary artists.

“Smoothfm also is playing a wide range of tracks and has been able to own its position.

“We have created a position for Classic Hits which takes in all the artists basically those other stations had left behind. Artists like The Beatles, The Beach Boys, The Supremes, Marvin Gaye. The list is endless – we play a lot of 60s and 70s and a little bit of 80s.

“I want to own the baby boomer over 50+ footprint for music and the advertisers, so the older audience has somewhere to go other than talk [radio].”

Don’t call it an AM music station, even though 2CH is a music station on the AM band. That labelling only tells a small part of the story.

Romaro noted for anybody listening via other platforms the music quality is much better and the equivalent of FM broadcast music. “We have a beautiful DAB+ signal and I have been programming the station as it was being broadcast with the highest quality of sound. If you call it an AM music station you are putting it in a box it doesn’t need to be in.

“There are so many ways to listen to Classic Hits 2CH – you can stream it, you can put in on via the app, listen through your laptop plus DAB+ or AM.

“A lot of people are discovering us through all the other options.”

Romaro noted some international markets have shut down their AM and FM analogue networks to focus on digital. “I think that is the future for Australia as well.”

The one-time 2MMM, 2Day and Mix 106.5 executive has always demanded great imaging wherever she has worked in media. “I like to create the imaging to fit with not only the weather, the seasons or even the feel of the day. We are about to release out winter imaging.

“I am a huge fan of great packaging – you can play the right music and have the right presenters, but if you don’t have right imaging to complement that then you are losing an opportunity.”

The newish 2CH breakfast show with Indira Naidoo and Trevor Sinclair pre-dates Romaro’s arrival the station and she has been working with the team on its restructure. “It has been a slow build and a lot of the older 2CH listeners found it really hard to accept the change. However in the most recent survey results, breakfast had one of the biggest increases.”

“We have now found a way to keep the loyal, longstanding 2CH listeners happy and we are starting to attract the baby boomer 50+ audience that is looking for the music they can’t hear anywhere else.

“We are also running a 24-hour news service because our listeners want information as well as the music. We didn’t want to lose listeners going elsewhere to find news.”

Romaro said 2CH has been careful to keep the music quota high in breakfast. “The team has responded to that and so has the audience too. We are getting a lot of positive feedback on Trevor and Indira and Dave Gibson pops in a few times a week. He brings a fun element and people remember him from his Triple M days.” Gibson worked with Doug Mulray, Andrew Denton, Amanda Keller and Rob Duckworth during his Triple M years.

The biggest change for listeners to come to grips with recently has been the departure of Bob Rogers from mornings.

“Tim Webster has taken over that morning slot and it has been received extraordinarily well. The listeners love him,” said Romaro.

Romaro is adamant that not until the station is performing at its best will she start spending marketing dollars. “We are a little bit away from that. Our evening show is very different with Chris Kearns doing a program called Tonight Live, which is different from not having anyone live in the studio. Another newer program is drive with Ian Rogerson.

“We have basically rebuilt the station, in doing so trying to embrace the loyal 2CH listeners from the past. It is still early days – one good survey doesn’t make it successful. We’d like some more surveys over 4% and then move to 5% and then I will feel we have a good solid base for the future.”

As to how running a station in today’s market differs from when she was in charge of the then young 2Day FM brand, Romaro said: “The principles do remain the same, but the execution is a little different. You need to find the gap in the market, do it well and better than your competitors, and then tell the people about it.”

“And make sure the advertisers know about it as well.”

EON Broadcasting announced this week it was extending its SCA partnership for agency sales.

Romaro said Macquarie understood the reasons for 2CH switching agency sales representation. “One of the reasons we changed our agency representation was the fact that SCA represents EON Broadcasting on the Sunshine Coast and it was a natural progression to extend our relationship to 2CH and 2CH DAB+.”

2CH will maintain its own direct sales team. The new direct manager Barry Quick starts next Monday. In recent years Quick was CEO at SEN 1116 and then Raceforce Media as well as spending time as commercial director at 6PR.

Romaro added EON Broadcasting will be launching two new digital formats for later this year. “Formats that aren’t being done in the market yet,” is all she would divulge at this stage.