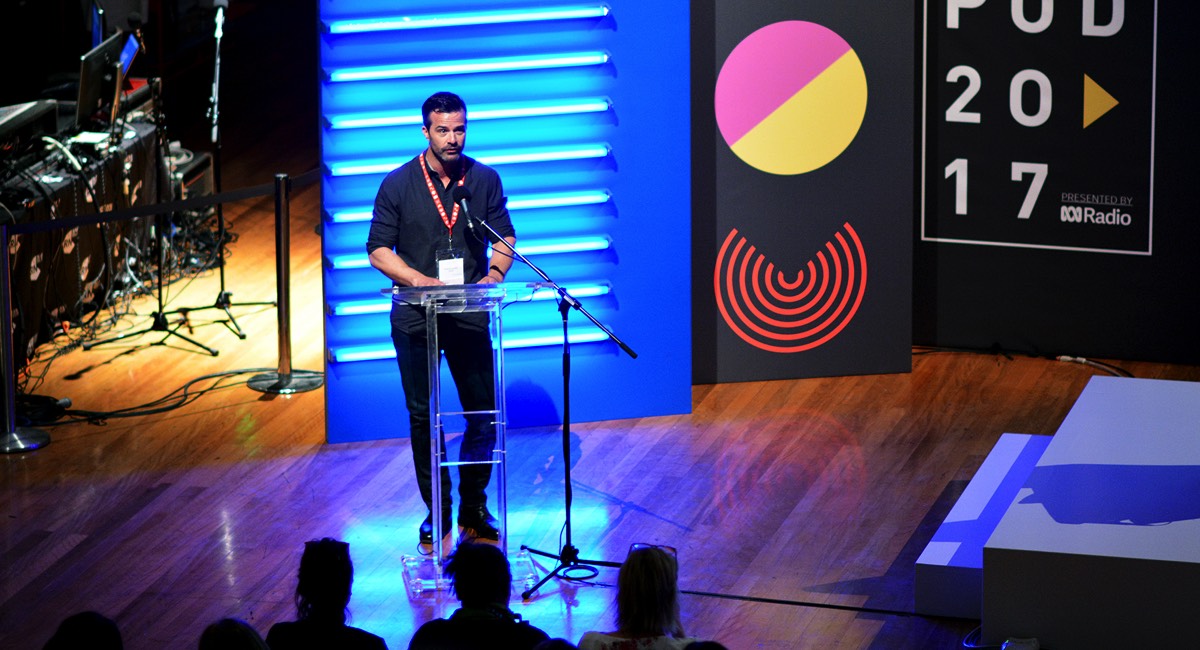 “Bring other creatives into your world”

While podcasting may seem like a new phenomenon, the audio format has been around for more than a decade. In the podcasting space Charlie Clausen is known for the TOFOP and the 2 Guys 1 Cup series that he hosts with comedian Wil Anderson. Clausen also had his own series called That’s Awesome, where he spoke to the people in his life that he thought were interesting.

Clausen gave four pieces of advice to the audience at this month’s OzPod 2017 conference organised by the ABC, and other speakers also explored these points throughout the conference.

Clausen used the TOFOP series to explain this. He and Anderson, who are longtime friends, started this series as a way to catch up with each other. The premise of the show was to record a conversation that they would have over a regular phone call. “It’s a podcast that Wil and I started in my front room,” Clausen revealed. “It’s that accessibility that people like about [podcasts].”

A series can be fine-tuned as people involved get more of an understanding of what works for them and who their audience is, Clausen said.

The keynote speaker for OzPod 2017, Jenn White, who co-created the Making Oprah series, warned against trying to be everything for everyone. “Have a clear idea of the audience you want to serve,” she said.

People should know when they can expect a new episode of a podcast to be released. During a podcast with Mediaweek following his speech, Clausen said: “People are so spoiled for choice with podcasting options now, if you do one episode one week and then wait six weeks for your next episode, they’re going to forget about you.”

This task is made easy when a person creates podcasts on topics or subjects that they are passionate about, White said later on in the day.

3. Get other creatives involved

Clausen said: “Use your podcasts as a chance to bring other creatives into your world. It will enrich you and it will enrich everyone else.”

The long-form format of a podcast allows the listeners to engage with what is being said and feel a part of the conversation. “It’s not radio. It doesn’t have to be snappy, punchy or zingy,” Clausen told Mediaweek.

During her keynote address, White advised: “The timelines that you set are the ones you set. Any deadlines we set are artificial. So be fair to yourself and be fair to the quality of work you are trying to produce. Don’t try to rush something out of the door. Really look at the resource you have to put behind it. And build a timeline that makes sense.”