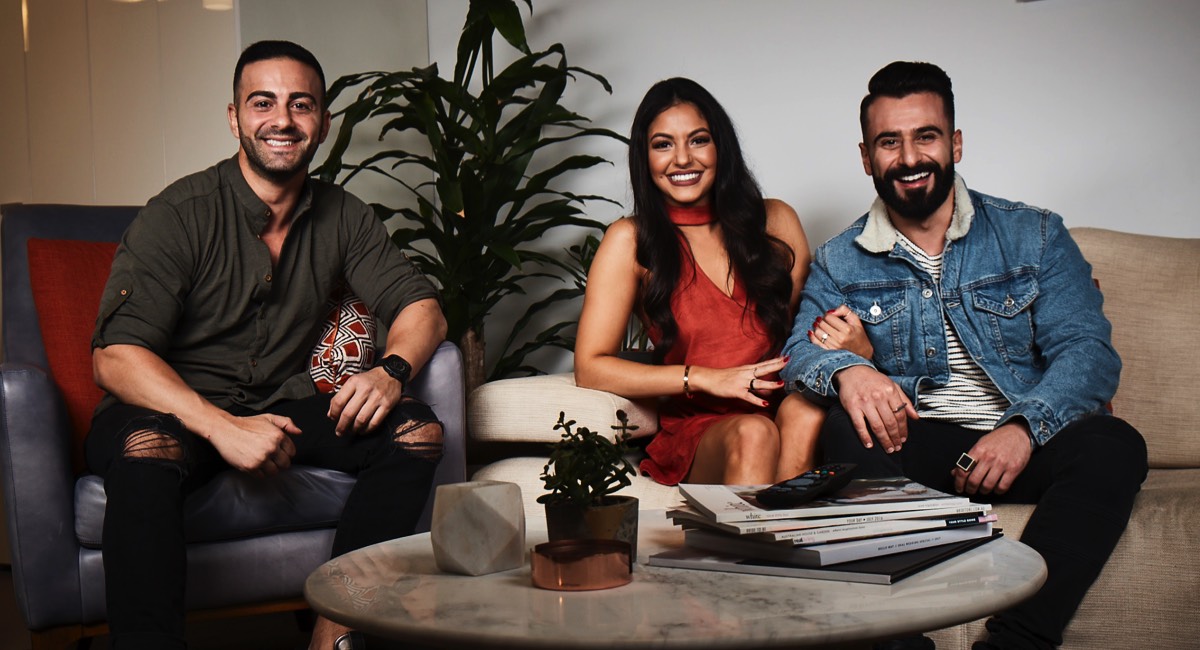 Foxtel and Network Ten have a new household on Gogglebox when season six premieres Wednesday October 4 at 7.30pm on Foxtel’s Lifestyle channel and streaming on Foxtel Now, and the broadcast the following day, Thursday October 5, at 8.30pm on Network Ten.

Engaged couple Matty and Sarah Marie and their friend Jad share a love of food and bring some “Middle-Eastern flavour” to Gogglebox Australia this season.

The producers list Sarah Marie as: Your down-to-earth “girl next door” and owner of a makeup and hair agency, entrepreneur and café owner.

Jad is the larrikin of the group.

Marketing and communications director Matty is the responsible one, having the final call on most things, including what’s on the box.

Matty and Jad have been friends for over 10 years, first meeting through the Sydney club scene where they both worked in their early twenties. Matty started dating Sarah Marie four years ago and the trio have formed a close friendship: Jad is like Matty and Sarah Marie’s younger, immature brother. Although having differing tastes in television – Matty lives and breathes sports, Sarah Marie loves her cartoons, and Jad is a fan of cooking shows – the three love sitting down to watch a movie together, so long as there is food involved.

Produced by EndemolShine Australia, the show’s executive producer David McDonald said, “The most important thing about the Gogglebox cast is finding a diverse range of people who offer a variety of opinions and points of view. We’re really excited to see what Matty, Sarah Marie and Jad deliver with their unique take and opinions.”