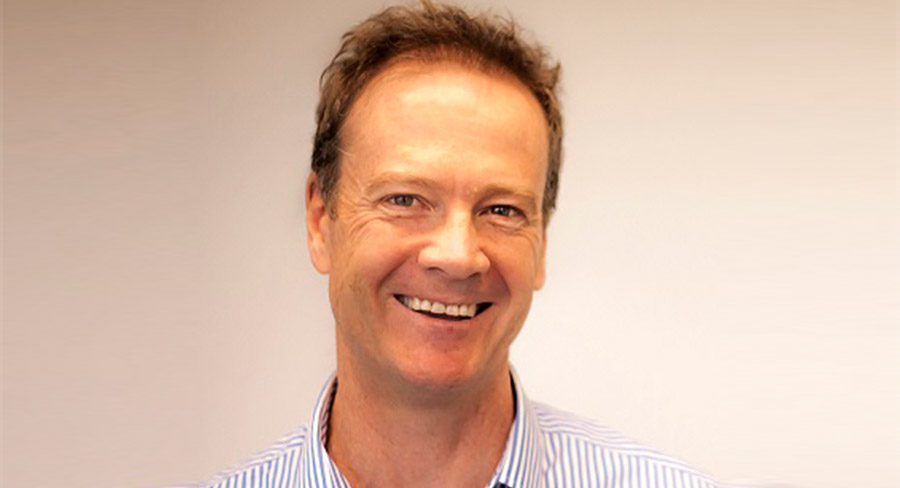 When it comes to the radio industry, one of Australia’s biggest players regularly flies under the radar.

However, the listeners and the advertisers to the company’s 47 radio stations (plus five more in a JV) have a pretty good grip on what attracts them to the different audio assets.

Although radio generates most of the revenue, Grant Broadcasters dabbles in other areas too.

“Our idea with those other investments is to be a local regional media company,” Grant Broadcasters CEO Grant Cameron (pictured above) explained to Mediaweek.

Cameron’s mother Janet Cameron has been running the business for 40 years as managing director, while her other children Alison and Dugald are also involved as board members.

Janet is also chairman and received an Order of Australia Medal earlier this year. Alison is COO and a director while Dugald is CEO of property and investments and a director.

The other media investments include a number of regional print products, a digital agency and a regional online ticketing business.

“The management structure sees four regional general managers based across Australia,” said Grant Cameron. “There is one for the five markets in Tasmania, another for the Victoria and South Australia markets, one for NSW and another for Queensland. Tom and Sarah Maree from K rock in Geelong

“It is a very decentralised organisation. Some of the finance staff are based on the Sunshine Coast and Geelong.”

The Cameron family HQ is an inner-Sydney small office complex with some senior number crunchers and the TRSN head office.

The radio empire is made up of 47 stations that Grant Broadcasters owns outright, with another five in a JV with Kevin Blyton’s Capital Radio. Those five stations operate in three markets – Canberra (2CC and 2CA), Perth (6iX) and Goulburn (2GN).

For the stations owned outright by the family, there is healthy internal competition about who broadcasts to the biggest markets – that battle rages between the stations on the Sunshine Coast, Geelong, Ballarat and Darwin.

The split of broadcast licences is roughly 60/40 in favour of FM signals.

That spread of stations means a big workforce of over 500 full-time and a number of casuals.

The smallest towns served would have to be the Tasmanian markets of Queenstown (pop 6,000) and Scottsdale (pop 15,000). The company makes those smaller markets work by sharing its Tasmanian network facilities. It has stations covering the state with its flagship 101.7 HOFM in Hobart. Mel and Trav from Wave FM

Whether big markets or smaller country towns, Grant Broadcasters likes to feel it is part of the community it covers. “That is how we started working in different markets 67 years ago and how we still see it today,” said Grant Cameron.

While metro radio seems to be avoiding major digital disruption yet with revenues remaining strong, Grant Cameron told Mediaweek the regional performance mirrors or outperforms what metro radio is achieving.

“We saw a flat spot in term of performance in mid-2017 when there seemed to be a huge acceleration in terms of investment into Facebook. For a range of reasons, which have been well documented, that flood of money to digital has slowed and we are seeing more money coming back into traditional media and in particular to radio.

“The love affair with Facebook has cooled and the honeymoon seems to be over.”

There are regulations regarding the amount of local content regional radio stations need to broadcast, but Grant Broadcasters is not the sort of regional media player who has ever gone close to needing reminders about the importance and power of local.

“Our point of difference is that we choose to be intensely local – much more so than the legislation would require us to be.”

As well as local breakfasts across the network, many of the Grant Broadcasters stations are live locally across the day, something that is becoming rarer in major metro stations.

“We do take some syndicated shows though where they add to the programming mix.”

Those syndicated programs come from all the major players including SCA, Nova, ARN and Macquarie Media. Grant Broadcasters is also a customer of Crocmedia for weekend sports coverage.

Grant does syndicate a handful of its own content. One of those is an evening program called The Campus. Dave, Sam and Ash from hot 91.1 on the Sunshine Coast

A few years ago Grant Broadcasters was frustrated with the difficulty of organising ratings surveys in one of its markets. “We hadn’t done a survey for 10 years and we thought there must be a better way of doing it. We came up with the phone recall methodology and tested it in a number of markets where we had diaries and we were able to compare the two. We had the MFA involved and it was prepared to accept it as a new currency.

“Advertisers in regional markets appreciate the data but not to the same extent as media agencies do. For many of the small medium businesses that use us they get to measure directly the impact of their advertising by seeing people walk through the doors of their business.

“The survey is a proxy for the question that every advertiser wants to know – is my message influencing behaviour?”

In addition to its broadcasting business, the Cameron family also controls The Radio Sales Network (TRSN).

“The syndication service not only represents all the Grant Broadcasters network, but Super Network, ACE Group, Capital Radio and a number of other independent radio operators,” said Grant Cameron.

Grant Cameron shared the same view that SCA’s Grant Blackley espoused when he talked to Mediaweek recently about the split between metro and regional ad spend.