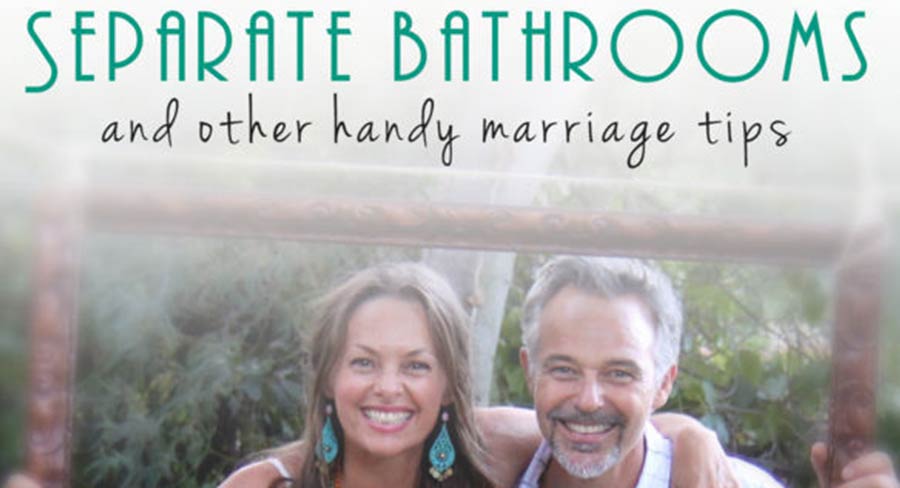 Cameron Daddo, multi-award winning entertainer and host of smoothfm evening show, alongside his wife Alison, are launching a new podcast series addressing the journey of their 28-year marriage.

Separate Bathrooms and Other Handy Marriage Tips is a 10 part podcast series, with music composed by Cameron, creating an intimate backdrop to the story behind the scenes of their marriage, launching Thursday 23 May.

Having met when Alison was 20 years old, and marrying a year later, Cam and Ali were dubbed Australia’s “Golden Couple”. Cam was an aspiring actor and media icon, and Ali a model and cover girl for the nation’s hottest magazines including Cleo and Dolly.

Fast forward to 2019 and they will celebrate 28 years of marriage, 25 of which were spent in LA. Ali reveals, “I don’t believe anyone stays married for 27 years and says it’s been perfect every day.”

Cam said, “It’s warts and all; this won’t be a photoshopped insta-version of our marriage or how we feel one should work. It is more our reflections on how we’ve made it this far, how we continue to evolve as individuals and as a married couple.”

The ups and downs of Cam and Ali’s marriage, and family life, with three children: Lotus, River and Bodhi, will play out each week in Separate Bathrooms and Other Handy Marriage Tips.

The Daddos will also answer questions from their Instagram fans about raising children, marriage counselling, miscarriages, hurdles in relationships and how to overcome them as a team, uprooting their lives to a whole new country as well as issues that are common in most relationships, from raising families to the impact of social media. Looking ahead, they are excited to talk with newlyweds and couples who have lasted the distance and what handy hints they might share for the listeners too.

Ali discusses why they decided to create their own podcast, “We all know on Instagram and social media, generally speaking people only put their best foot forward, and it looks like everyone is living this incredible life – no cellulite, their teeth as white as snow, and they’re having the best time ever, well, we get a lot of feedback like ‘couple goals’ and comments such as ‘you guys are amazing’. For me I think it’s important to share that you don’t get to 28 years without an enormous amount of work, a hell of a lot of struggle, a tonne of tears and pain, and I don’t want people to ever think, wow, look at my marriage compared to theirs. There is so much more behind the scenes of a marriage and, for me, I like hearing stories, and I can relate – if it helps with my own journey, then why not share our story.”

Separate Bathrooms and Other Handy Marriage Tips is a 10-part series available from Thursday 23 May on Acast.

Cameron Daddo can be heard in evenings on smoothfm in Sydney and Melbourne and around the country on DAB+, seven nights a week from 8pm.