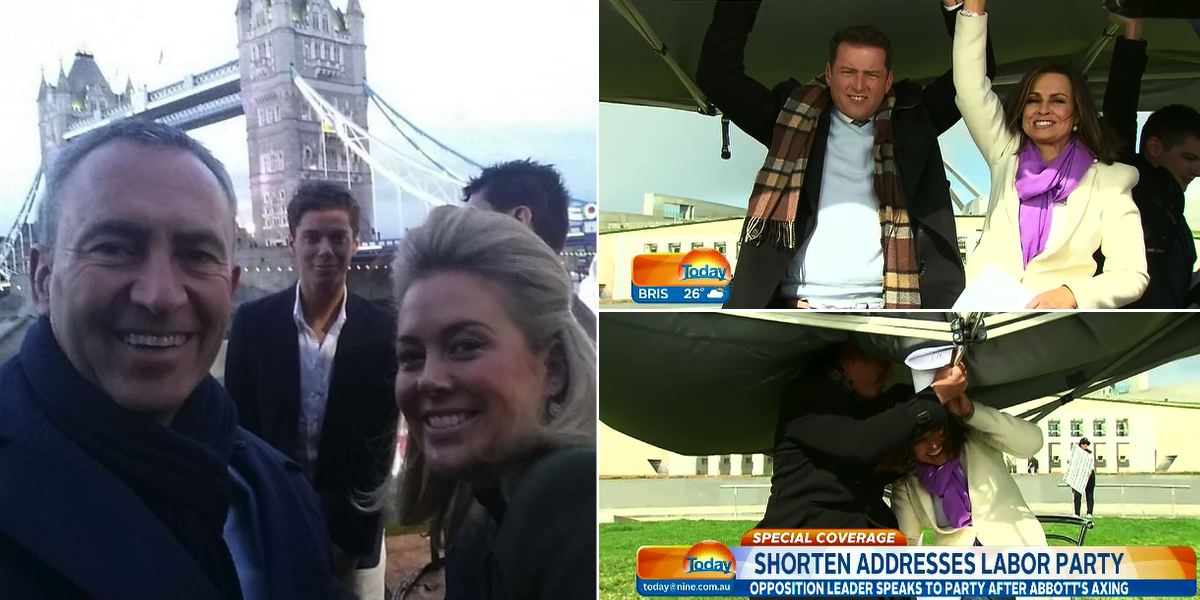 Day two of the Sunrise 5 Countries in Five Days week saw the team arrive in London for a show broadcast from alongside Tower Bridge with the show broadcasting from 9pm London time. It wasn’t perhaps the ideal place to cover the arrival of a new Australian prime minister. The hosts were well aware of that and noted how they left Dubai with Tony Abbott PM and when they arrived at Heathrow it was Malcolm Turnbull PM.

Guests on the London show included Kochie‘s London-based daughter Georgie who was one of Kochie’s Angels today.

Nine’s Today show relocated to Canberra for the program with Karl and Lisa outside Parliament House. There was plenty of drama inside and outside! Strong winds saw the marquee collapse on top of the hosts at one stage!