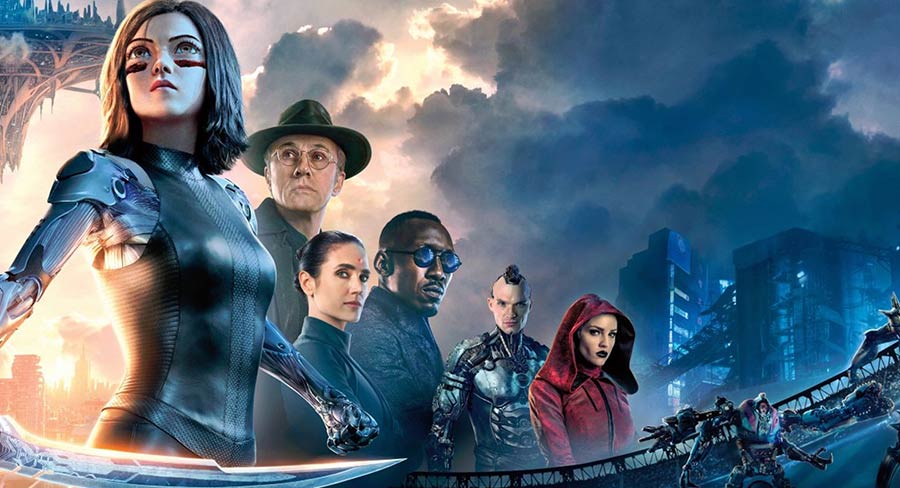 The weekend gross of the top 20 movies was up nearly $3m to $12.32m which was the best number in the past three weeks.

Four new releases made the top 10 and two are in the top five.

The movie is based on Yukito Kishiro’s manga series Gunnm, but there are some battle-hardened box office veterans also helping ensure box office success – Titanic director and producers James Cameron and Jon Landau. Cameron has been working on the project for many years, originally delaying it to work on a little hit of his called Avatar. Contributing to post-production special effects was New Zealand’s Weta Digital. Fox opened the film on 453 screens with a screen average of $8,351. The last movie to open on more screens was How To Train Your Dragon: The Hidden World with 473 on the first weekend of January.

An opening weekend saw Paramount place the fantasy comedy starring Tracy Morgan and Taraji P Henson on 257 screens for a screen average of $7,326.

The fourth weekend for the still-Oscar hopeful (we will find out by this time next week) remains on 293 screens delivering a screen average of $3,023. Box office earn to-date is $7.48m.

The second weekend of the horror movie saw earnings dip 42% as screens hosting the movie only dipped by four to 204. Earnings to-dare are on $2.46m.

Clint Eastwood’s final Hollywood outing was down 33% no doubt meaning this should be the movie legend’s last appearance in a box office top five. Screens showing the movie were actually up 15 to 306 with a total box office for Clint’s farewell on $7.61m after four weeks.